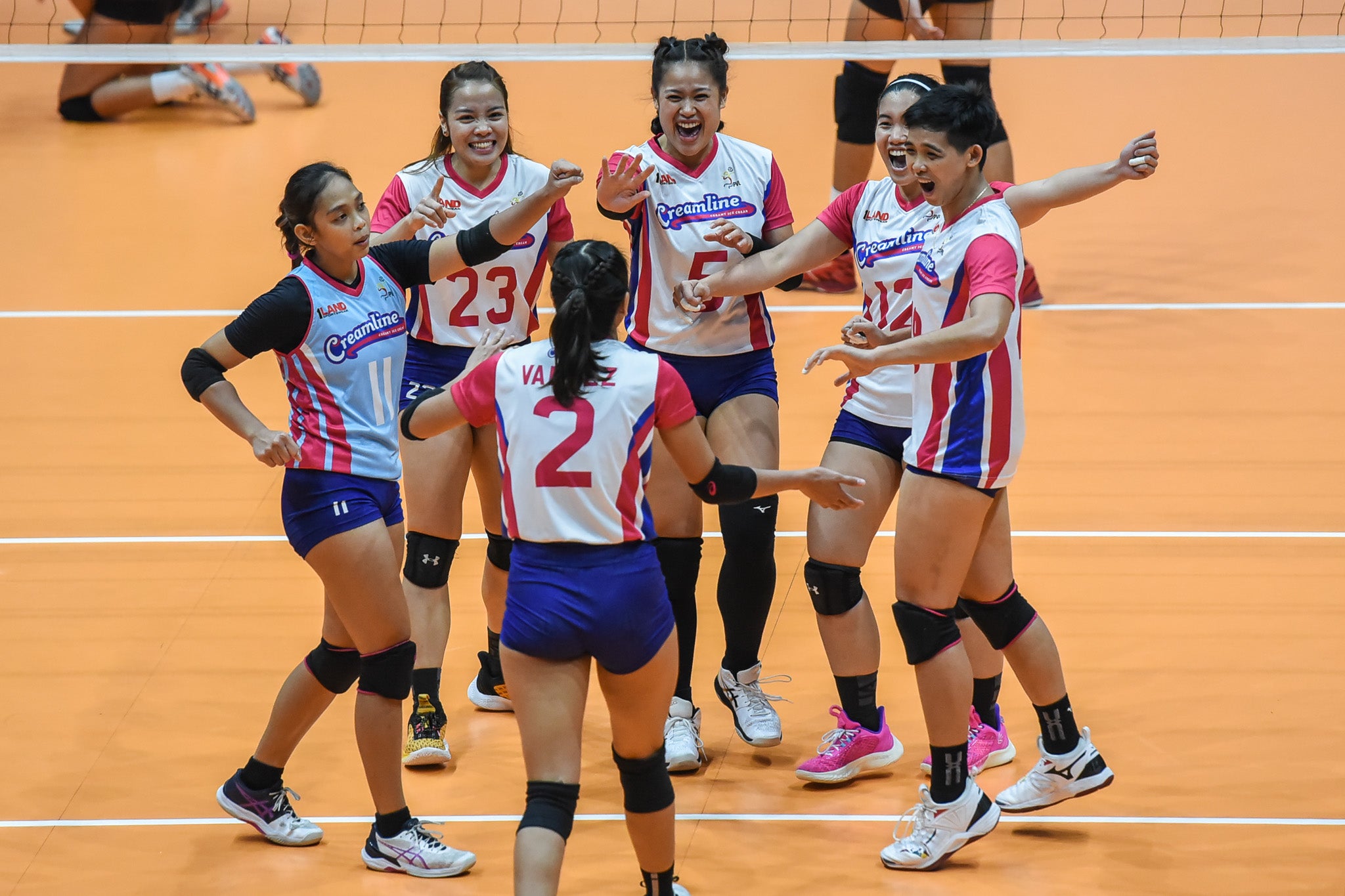 Creamline Cool Smashers during a game in the Premier Volleyball League. PVL PHOTO

MANILA, Philippines—Alyssa Valdez will remain sidelined for the Philippine women’s volleyball team in its upcoming campaign in the ASEAN Grand Prix from September 9 to 11 in Nakhon Ratchasima, Thailand.

Valdez missed Creamline-Philippines’ stint in the AVC Cup for Women due to dengue.

Valdez, though, will join the Phillippine team’s trip to Thailand.

The 29-year-old Valdez on Wednesday said in an Instagram post that she is “on the road to a full recovery.”

While Valdez’ status put a damper on Creamline’s bid, the Cool Smashers got a shot in the arm with the return of middle blocker Risa Sato.

Sato was also unavailable during the Philippines’ sixth-place finish in the AVC Cup.

The former National University standout will take Lorie Bernardo’s spot on the team.

Tots Carlos, Jema Galanza and setter Jia De Guzman, who carried much of the load of Creamline’s fight in the AVC Cup, are expected to lead the national team anew.

‘We gave our all’: Jia De Guzman proud of Creamline-PH’s AVC Cup stint