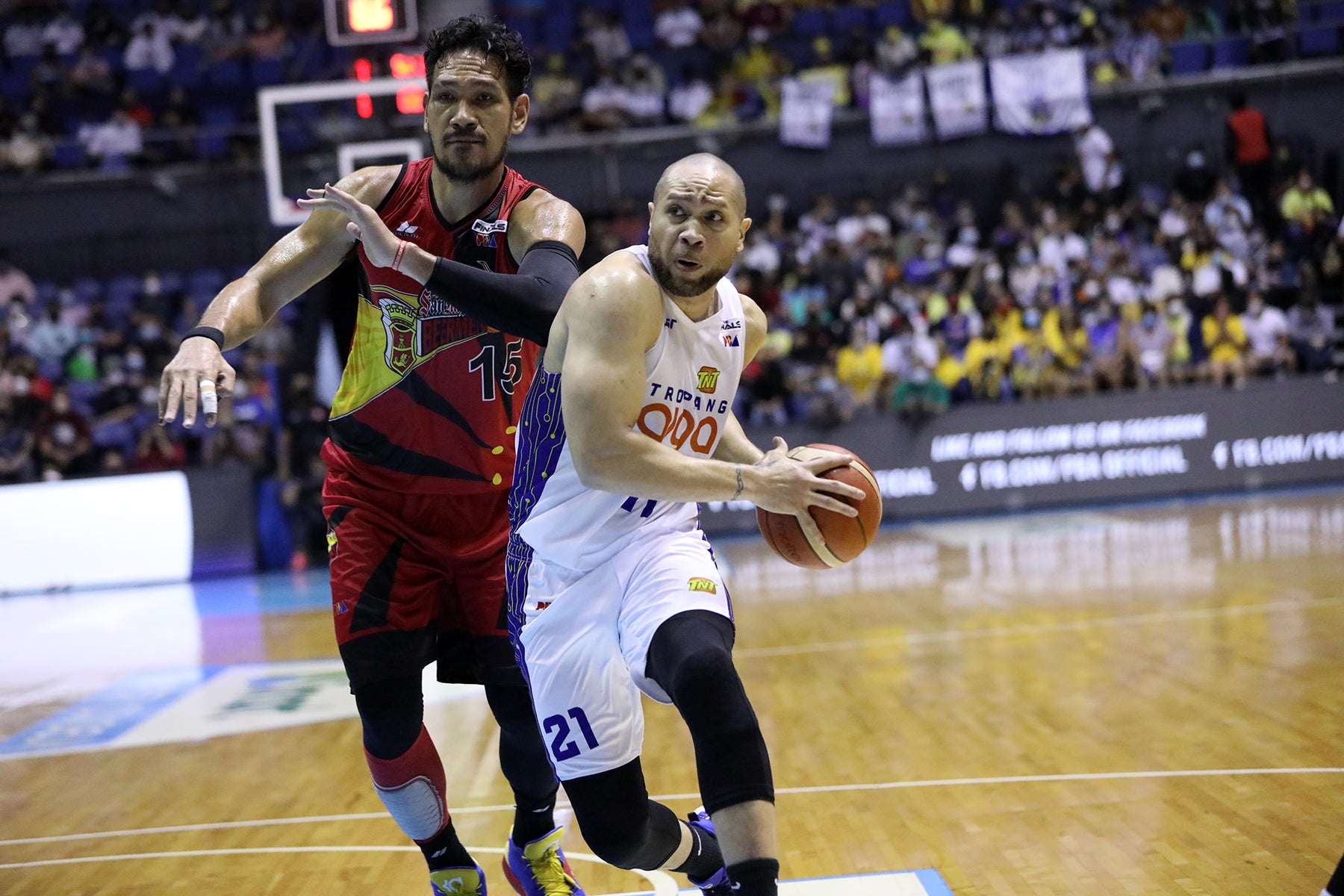 Kelly Williams declared TNT’s readiness in dealing with the injury situation of team captain Jayson Castro as it looks to deliver the finishing blow on San Miguel Beer.

“I think this team is built for adversity,” Williams said as the Tropang Giga aim to win their second straight Philippine Basketball Association (PBA) Philippine Cup on Friday inside Smart Araneta Coliseum when they clash with the Beermen in Game 6 of the best-of-seven series.

TNT’s quest starts at 5:45 p.m. with Castro a question mark after spraining his right ankle in Game 5 two nights ago when the Tropang Giga came out with a 102-93 win to take a 3-2 lead.

Castro was limping as he left the Big Dome following the game while being helped by a member of the TNT staff. The former national team star didn’t return after stepping on the foot of Marcio Lassiter with over seven minutes left in the third.

But Castro’s absence appeared to have served as a rallying cry as TNT got an inspiring performance from Williams, timely outside shooting from Mikey Williams, a determined effort by a hobbling Poy Erram and quality minutes from Kib Montalbo, Matt Ganuelas-Rosser and Dave Marcelo.

“Of course, Jayson’s a huge part of why we’re here [in the Finals], but we know it’s on us to try to fill the shoes collectively because no one man will,” added Williams, who came up with 21 points, nine rebounds, three assists and two steals in his finest performance since coming out of semiretirement.

A victory over the Beermen, who came into the series as the perceived favorites owing to their deep lineup, will give TNT coach Chot Reyes a 10th PBA title and a trophy to boast amid his highly-criticized role running the Gilas Pilipinas program.

“When you see your coach going through the ridicule and the sh_t in the media and just throughout the Philippines and the way he handled it, we have no excuse to look at anything and put our heads down,” said Williams.

The series has been regarded as TNT’s cohesion against San Miguel’s talent, and through five games, the advantage has been on the former.

Tasked to defend June Mar Fajardo in the low post, Williams showed some flashes of his old self on the offensive end and is averaging 11.0 points, eight rebounds, two assists and 1.6 steals in the series.

RR Pogoy is TNT’s most consistent scorer at 22.8 points, though his 14-point output in Game 5 was the first time that he failed to make at least 20 in the Finals. Erram, meanwhile, has normed 10.4 points, 9.2 rebounds and 2.4 blocks despite a bum ankle he sustained in practice.

Mikey Williams, averaging 16.6 points on 37 percent shooting, has shown signs of having rejuvenated his offense against San Miguel’s stingy defense. And if he can deal with his injury without significant worries, Castro (16.2 points, 3.2 rebounds, 2.8 assists and 1.4 steals) can provide the leadership and endgame savvy TNT hopes to produce in order to secure the franchise’s seventh All-Filipino crown and ninth overall.

“We expect it to be difficult, we expect it to be tough, and the next game is not going to be any different,” said Reyes, who has never lost a Finals series when his team is the first to produce three wins.

San Miguel is hoping to force a deciding seventh game on Sunday needing more consistent performances other than those of Fajardo, who has series averages of 20.8 points and 17.2 rebounds.

Jericho Cruz (12.4 points, 2.2 rebounds, 1.6 assists and 1.2 steals) and Chris Ross (five points, 3.6 rebounds, 4.6 assists and 1.4 steals) arguably join Fajardo as among San Miguel’s standout performers, but either CJ Perez, Vic Manuel, Mo Tautuaa, Marcio Lassiter and Simon Enciso or all of them could be the more significant figures for the Beermen in the must-win affair.