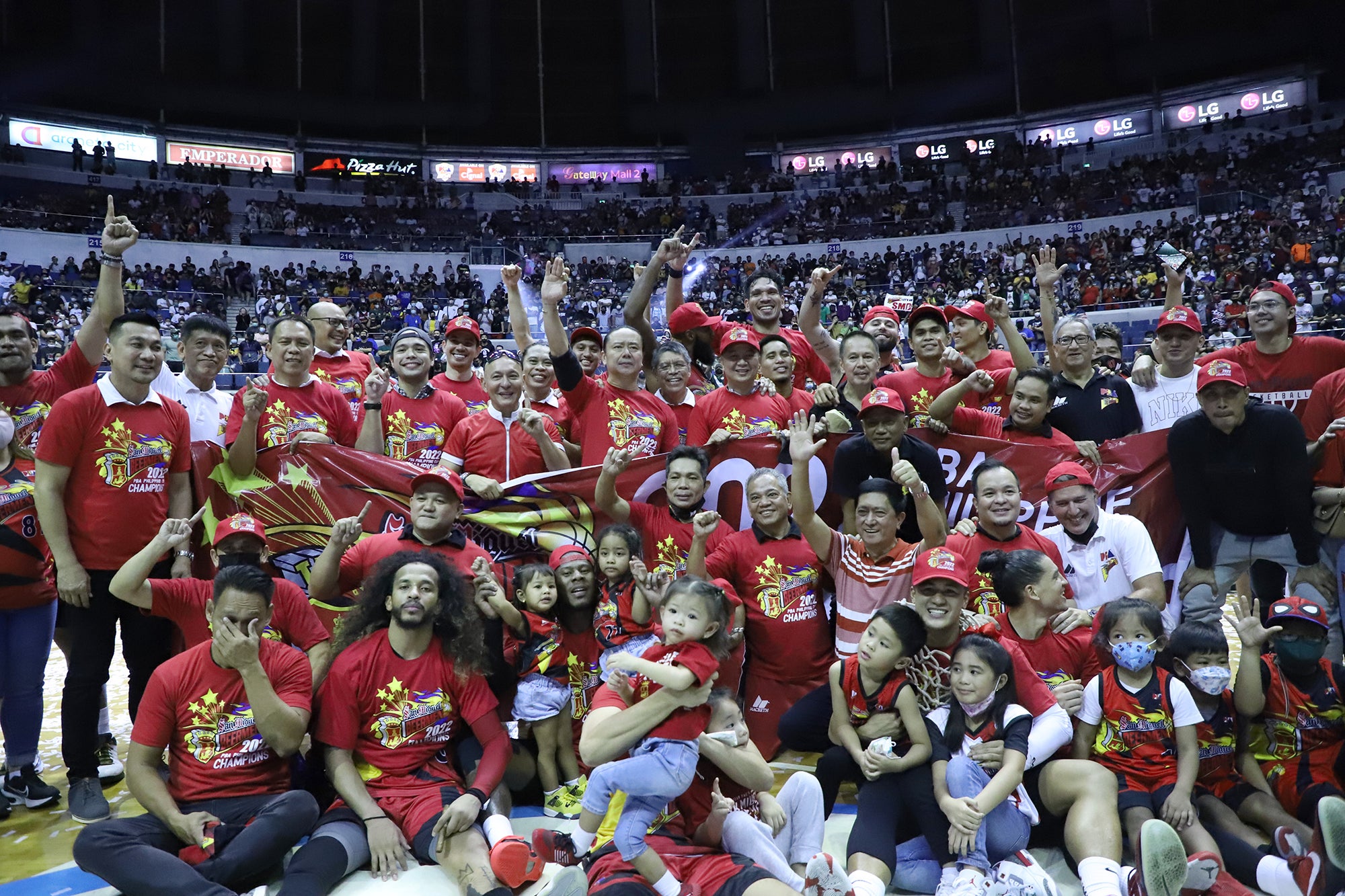 CJ Perez led a telling 17-0 run to open the fourth on his way to scoring 25 points as the Beermen captured their first championship since the 2019 Commissioner’s Cup before a crowd of 15,915.

June Mar Fajardo was named Honda PBA Press Corps Finals Most Valuable Player after a stellar performance of 19 points, 18 rebounds, five assists and two steals as San Miguel took back the All-Filipino crown since winning its fifth straight in 2019.

A pair of long-range triples by Chris Ross brought the finishing blows on a TNT side that refused to give up behind a hobbling Jayson Castro, who led a third quarter comeback from 11 down at the half to put his team up 89-84. But TNT, playing without coach Chot Reyes after testing positive for COVID-19, ran out of gas at the most critical time, giving the room for San Miguel to make a big run led by Perez.

He had seven in that 17 straight points scored by the Beermen, capping off with a three-pointer that made it 101-89 with 7:20 to go in the fourth.

Castro finished with 32 points, 10 rebounds and eight assists but TNT was denied of a repeat All-Filipino championship.