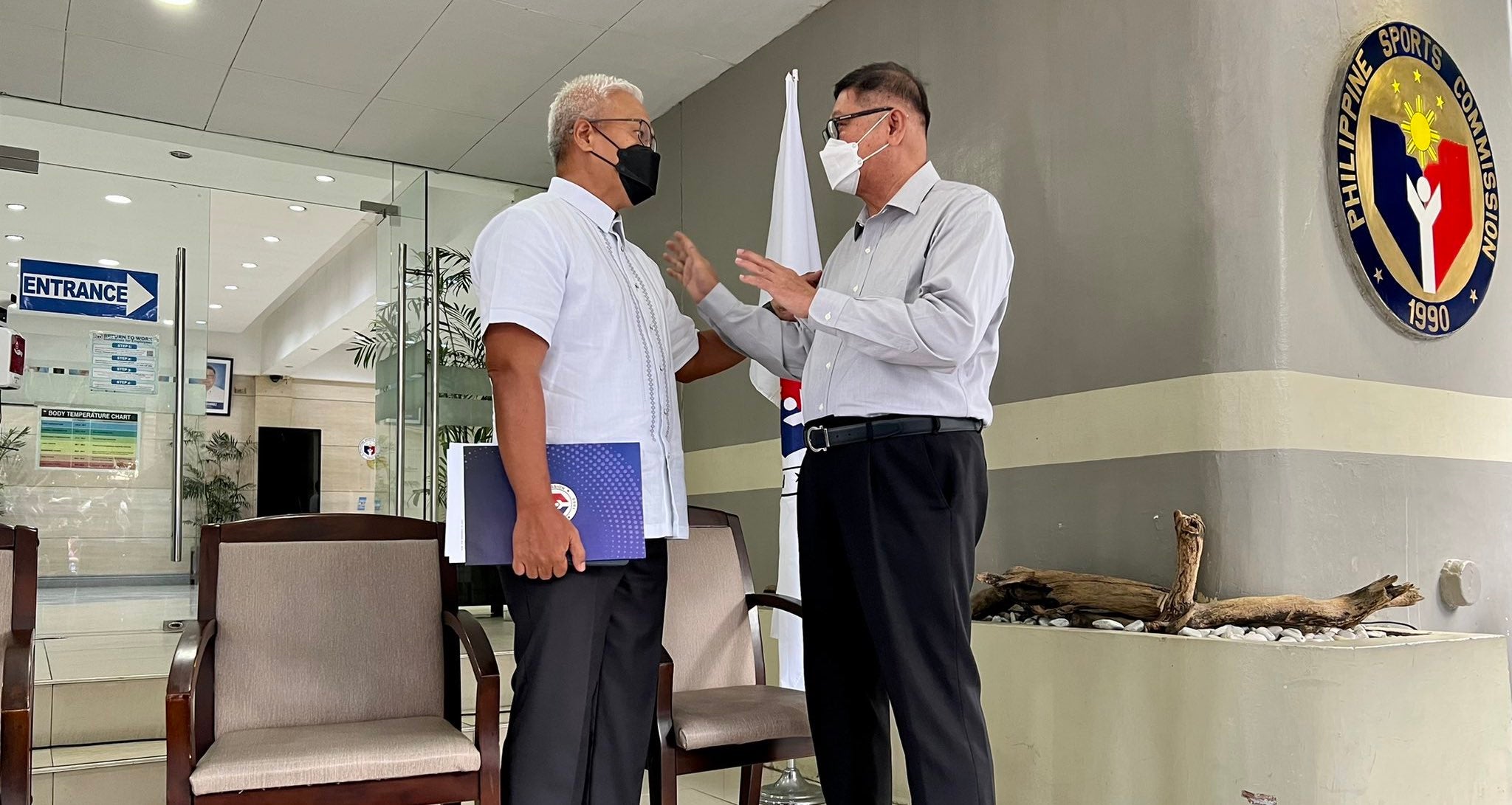 MANILA, Philippines-Philippine Sports Commission Chairman Noli Eala said comprehensive plans for the nation’s sports agenda will roll out as soon as his entire team gets on board.

“I’m laying down a program that will be extensive, hopefully in partnership with many agencies of government. This will be a multi-party grassroots program,” said Eala after his first flag-raising ceremony Monday as head of the sports-financing agency.

Former PSC Chairman William “Butch” Ramirez was also in attendance at the Rizal Memorial Sports Complex grounds where he officially turned over the mantle of leadership to Eala.

“Very refreshing. Chairman Butch is somebody that is well respected and displayed the leadership of a true public servant. Quiet yet firm and dedicated. He just told me that he’s here to help us,” said Eala, who became the 11th chairman since the PSC’s inception in 1990.

Ramirez, who handed the PSC flag in the ceremony witnessed by PSC Commissioner Olivia “Bong” Coo, executive director Atty. Guillermo Iroy and the entire manpower of the agency, was instrumental in providing the financial and logistical support that helped weightlifter Hidilyn Diaz win the country’s first Olympic gold medal last year in Tokyo.

“Four years of working, two years disturbed by the pandemic. It was a meaningful journey. Chairman Noli Eala needs our help, our support. For, if he succeeds, the PSC will succeed and Philippine sports will succeed,” said Ramirez.

Ramirez was likewise one of the chief architects in the twin Southeast Asian Games overall titles when the nation hosted the 11-country sportsfest in 2005 and 2019.

“I think I will have to pick his mind more, his vision really. I have no intentions, no interest in competing with Chairman Butch in terms of his records, these are very big shoes to fill,” said Eala.

“All I want is to really build on his gains, ensure that we are able to complete our mandate here at the PSC. With his (Ramirez) help, the job will be easy,” added Eala.

Tapped by President Ferdinand Marcos Jr. to lead the agency, Eala needs a complete PSC board of four commissioners with Coo as the only commissioner so far being appointed.