Nadal hints at extended break after US Open exit Rafael Nadal of Spain reacts to a point against Frances Tiafoe of the United States during their Men’s Singles Fourth Round match  of the 2022 US Open on September 05, 2022 in Queens, New York City. Mike Stobe/Getty Images/AFP

NEW YORK—Rafa Nadal said he needed to “fix things” and was unsure about his return to competitive tennis after his bid for a men’s record-extending 23rd Grand Slam title ended in the fourth round of the U.S. Open on Monday.

American Frances Tiafoe, who had lost both previous meetings against the 36-year-old left-hander, stunned the second seed in front of a packed Arthur Ashe Stadium.

It was Nadal’s first tournament at Flushing Meadows since he lifted his fourth U.S. Open title in 2019 and he arrived for the hardcourt major without much match practice and doubts hanging over his fitness.

“I need to go back,” Nadal said, crediting his 24-year-old opponent for being the better player on the day.

Nadal, who is expecting his first child with wife Mery Perello later this year, is scheduled to turn out for Team Europe during the Sept. 23-25 Laver Cup in London alongside his great rivals Roger Federer, Novak Djokovic and Andy Murray.

The Mallorcan added the Australian Open and the French Open to his tally of major titles in 2022 but the season has also been blighted by a spate of injuries. 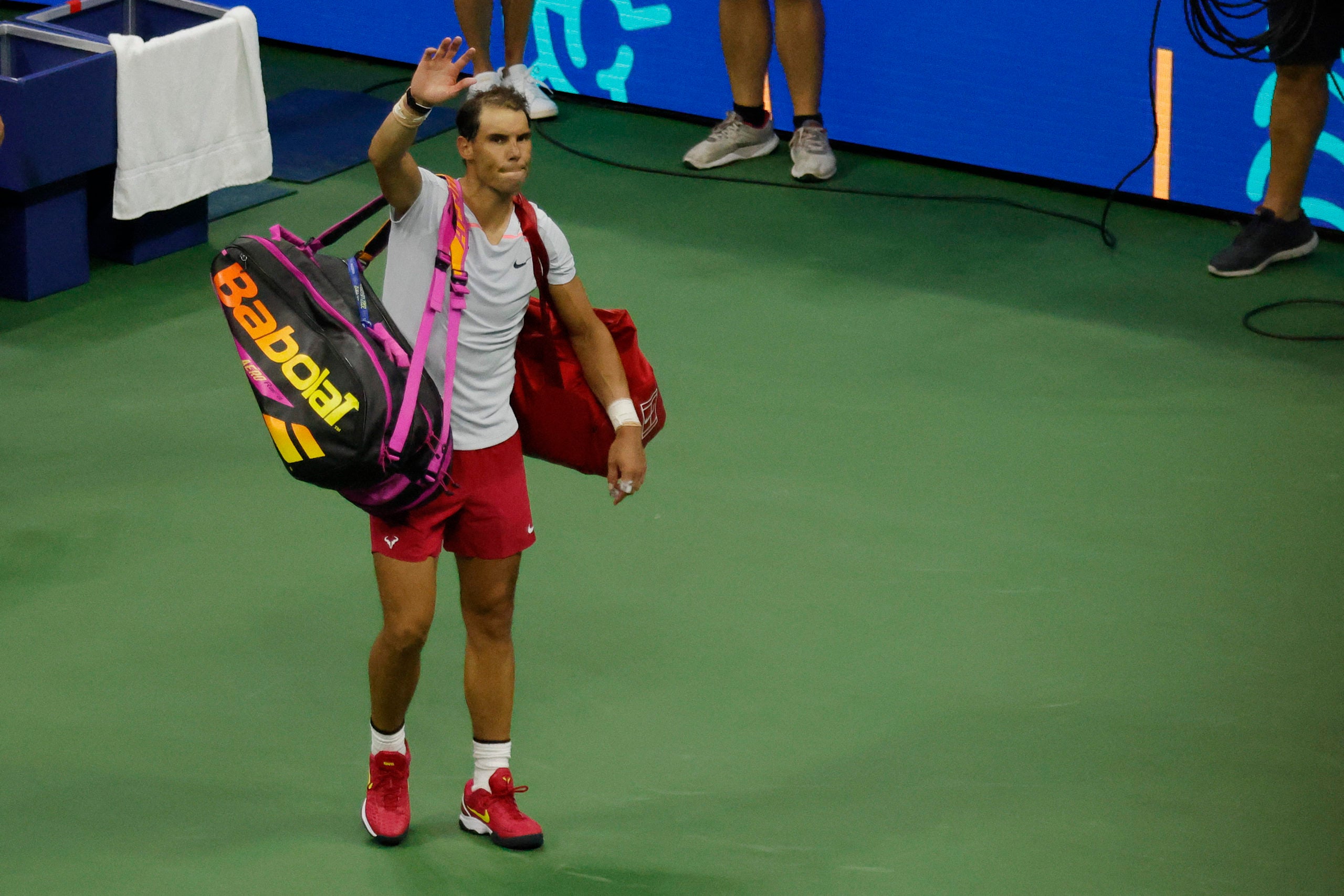 Nadal arrived in Melbourne having not played a competitive match for five months but then went on a 20-match winning spree, a run that included the Australian Open victory.

He captured a record-extending 14th French Open title, playing with a pain-killing injection before every match to deal with a chronic foot injury.

Nadal’s run at Wimbledon ended when he was forced to pull out before a semi-final clash against Australian Nick Kyrgios after suffering an abdominal injury.

Seven-time Grand Slam champion Mats Wilander said it was a “miracle” that Nadal won two majors during the year.

“It is a miracle that he has won two Grand Slams this year and reaching the semis at Wimbledon,” Eurosport tennis pundit Wilander said, adding that Nadal had just not played enough tennis before the U.S. Open campaign.

“If you look at his year, with the regular season he had he actually won two Grand Slams – that’s unbelievable.

“It wasn’t expected, but I think the players know when Rafa isn’t quite at 100% level.”