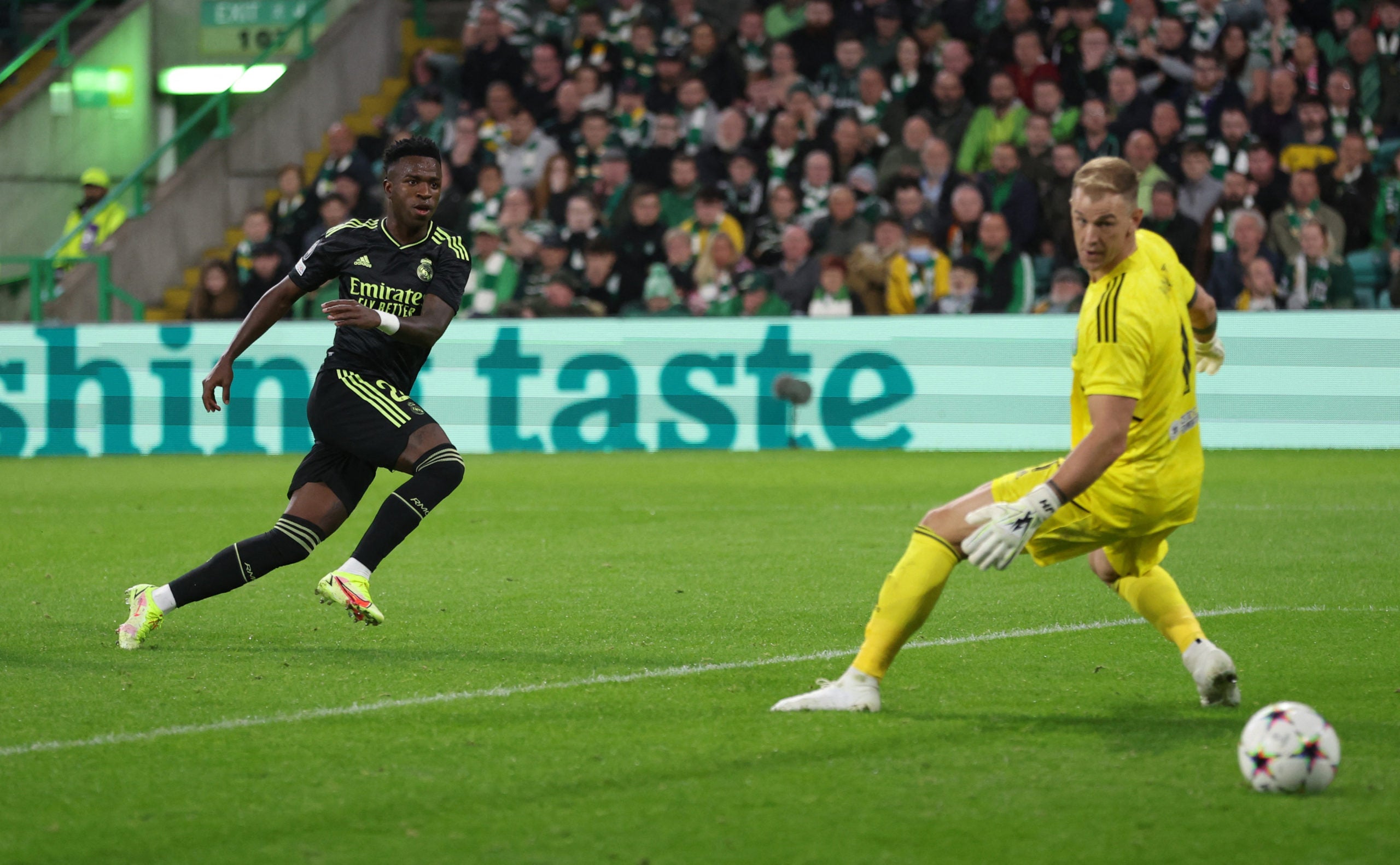 GLASGOW—Real Madrid claimed a 3-0 victory over Celtic in their Champions League Group F opener on Tuesday but it came at a cost as they lost forward Karim Benzema to a knee injury in the first half.

Vinicius Jr, Luka Modric and Eden Hazard were all on target in the second half for holders Real at a sold-out Celtic Park although they rode their luck at times as the Scottish side spurned a number of opportunities.

The hosts enjoyed an impressive start, creating several chances in front of their home fans but they were unable to find that killer instinct in front of goal and were punished by the 14 times champions.

Callum McGregor riffled a long-range shot that crashed off the post in the 20th minute and, a few minutes later, a low cross by Reo Hatate almost ended up as an own-goal from Eder Militao, who badly miscued a clearance.

Real’s Federico Valverde had a cross-shot that went just wide in the 30th minute, but when play stopped, Karim Benzema bent over holding his right knee, asking for medical attention. The French striker, who was clearly in pain, was replaced by Hazard in the 30th minute, limping off the pitch and straight to Real’s dressing room.

“We will have to wait for the tests tomorrow, but the first impressions by our medical staff are that it is not something serious,” manager Carlo Ancelotti told Movistar Plus about Benzema.

Vinicius had a chance for Real on the counter right before the break that Joe Hart denied with a fine stop.

They also lost defender Eder Militao to injury at halftime.

Celtic again made a fast start to the second-half and substitute Daizen Maeda wasted a golden opportunity when he received a perfect cross inside the penalty area but misfired a close-range shot with the goal wide open.

As tricky as things had looked for Real, they clinically killed the game off by scoring three goals with their only three shots on target in the second half.

First it was Vinicius who thumped home a close-range finish from a Valverde cross in the 56th minute.

Four minutes later, Modric extended the lead with a shot from inside the box and Hazard wrapped up the points in the 77th minute with a simple close-range finish from a fine assist by Dani Carvajal.

“We didn’t expect an easy game at all, they won 4-0 against Rangers, the Europa League finalist, over the weekend. They are at a great moment as a team,” Toni Kroos told Movistar Plus.

“We needed to be patient, keep calm and wait for the right opportunities to come. Our experience played a major role.”