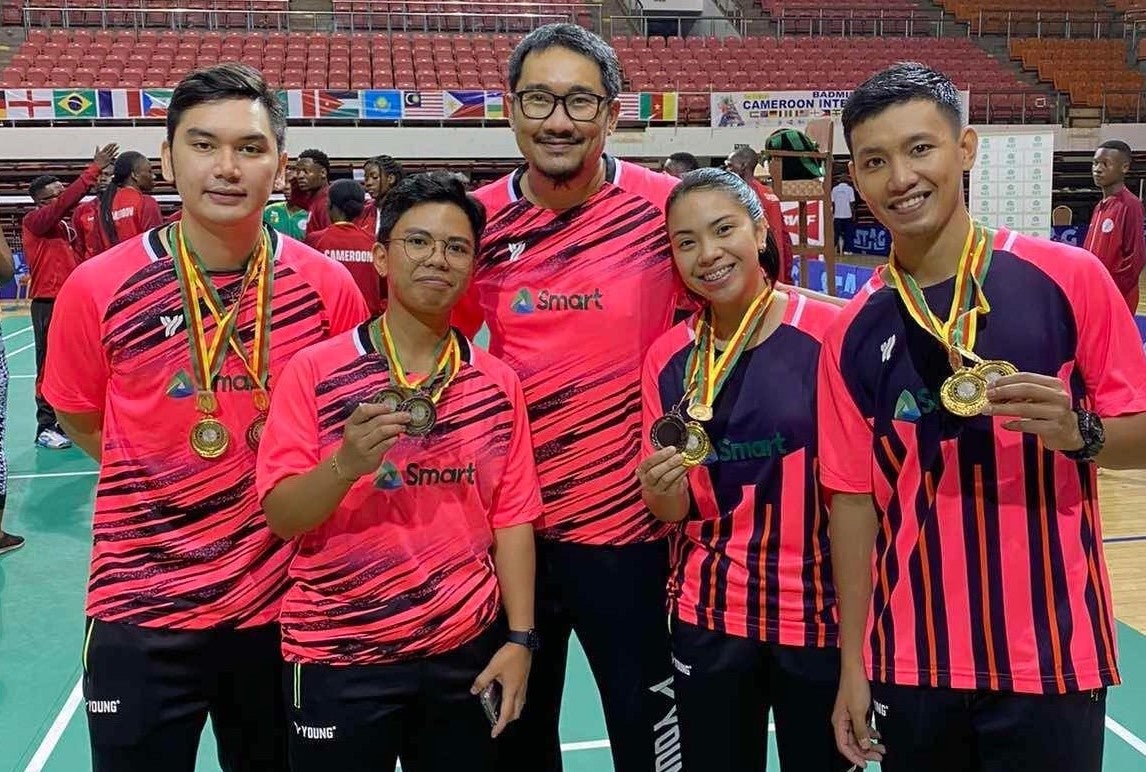 “The results show what our athletes can do, given our support. We vow to join more tournaments in the future for them to gain more exposure and experience,” PBAD Vice President Jude Turcuato said.

Morada and Christian Bernardo also emerged as the champions of the men’s doubles category after trouncing India’s Dhruv Rawat and Chirag Sen, 21-12, 21-13.

Bernado’s pairing with Thea Pomar resulted in a bronze medal finish after bowing to Karunakaran and Variyath 17-21, 21-16, 14-21.

Smash’s last podium finish was reaped by the tandem of Pomar and Leonardo in women’s doubles play after a loss to eventual champions Srivedya Gurazada and Poorvisha S Ram, also of India, 19-21, 14-21.

For Smash Pilipinas head coach Rosman Razak, the back-to-back games will be of big help to the team, especially heading forward in future games where the same schedule may apply.

“The players are starting to get the feel of playing continuously, and, hopefully, we will continue to improve and get more success.”

Up next for Smash is the Benin International 2022 at Atlantique, Benin which started Friday and will span until Sunday.