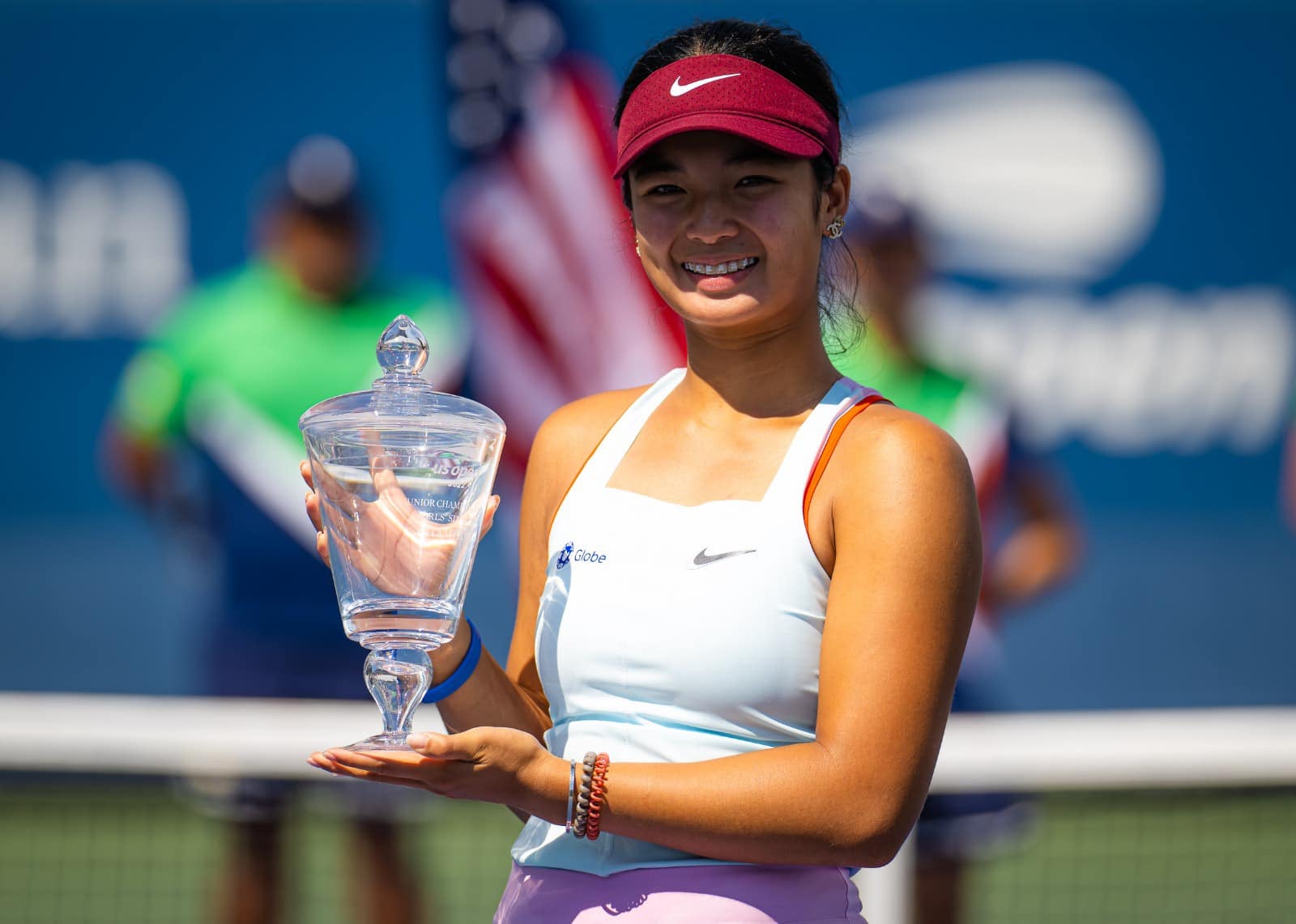 The 17-year-old tennis sensation displayed a masterful performance on a stage no Filipino before her has ever set foot on, fending off the reigning French Open girls’ champion in 68 minutes Sunday morning (Manila time) at court 11 of USTA Billie Jean King Center to complete her magical run with a historic maiden Grand Slam singles title.

Eala bucked a 1-2 start in the opening set, winning five straight games to draw the first blood against the No.2 seed Havlickova that set her pace to take the first game of the second set.

Havlickova managed to steal the momentum and took a 4-3 lead. But the Rafael Nadal Academy scholar displayed grace under pressure, taking full control of the next three games, where she led 40-15 in the last and 10th game as the Czech lost the championship match with a backhand unforced error.

(I fought for this [title] wholeheartedly, not just for myself but to also help the future of Philippine tennis. This isn’t just my victory, it’s our victory.)

Eala, who spent the whole year playing in the pros, was a masterclass in her return to juniors as she didn’t drop a single set in six matches, beating Canadian Annabelle Xu, Slovakian Nina Vargova, and Aussie Taylah Preston in the first three rounds before eliminating her Russian doubles partner Mirra Andreeva.

All the emotions for Alexandra Eala.

The Filipino prodigy on Saturday staved off Canada’s Victoria Mboko, 6-1, 7-6(5), in the semifinals to become the first Filipino to get a crack at a Grand Slam, surpassing the country’s best finish achieved by Felix Barrientos in the semifinals of the 1985 version of Wimbledon.

Barrientos suffered a 7-6, 6-0 defeat to eventual runner-up Eduardo Velez of Mexico, who lost the title to Leonardo Lavalle.

Eala, the daughter of the former national swimmer Riza Maniego, made history in front of her family, including her father Mike, and Filipino supporters in New York as the only singles Grand Slam champion from the Philippines.

The tennis prodigy, who is currently ranked 297 in the Women’s Tennis Association (WTA) after reaching her best ranking No. 280 last August 1, added her recent crown to her two pro championships, including the W25 Chiang Rai last April, three bronze medals from the 31st Southeast Asian Games in Hanoi last May, and two Grand Slam titles in doubles.