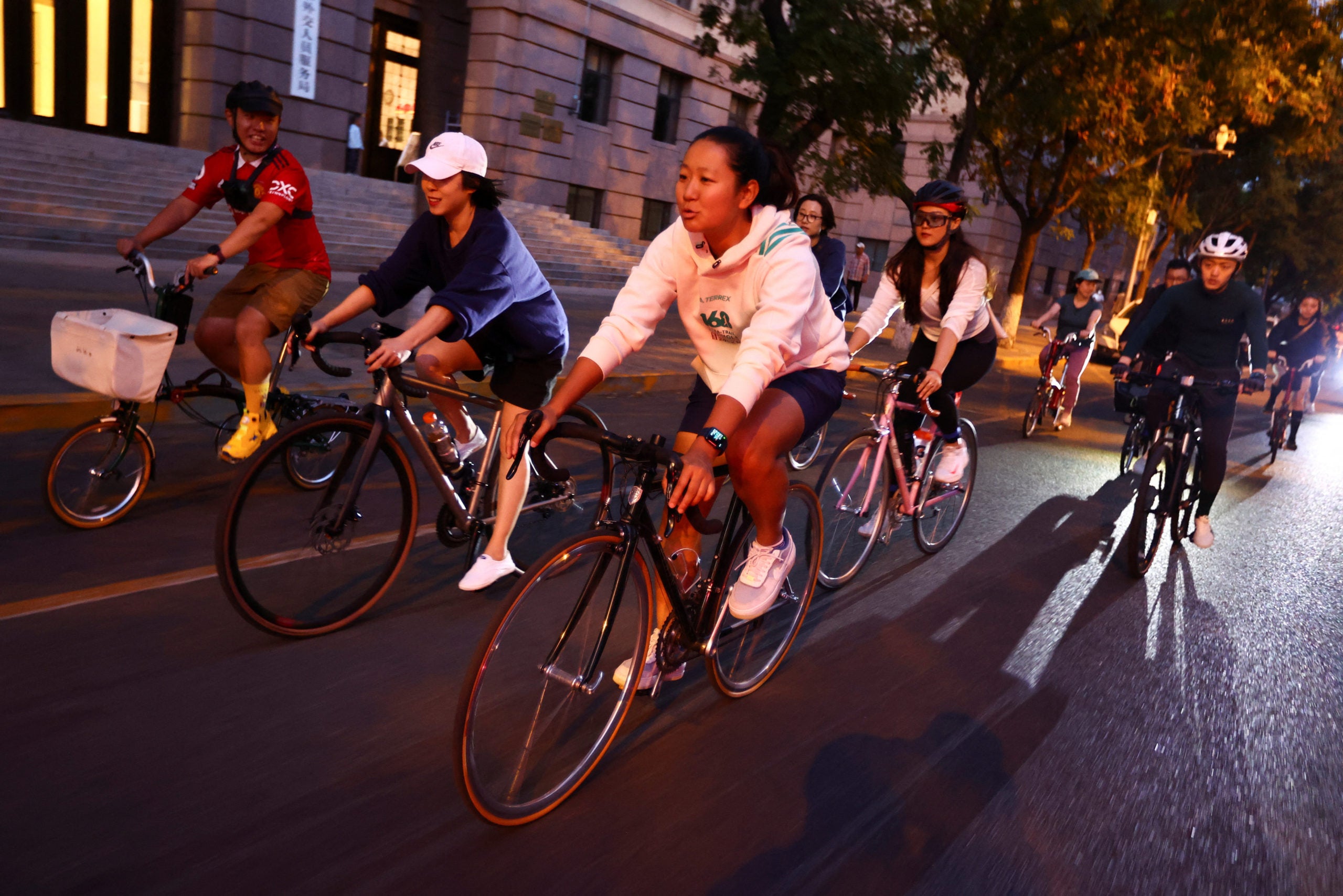 Cyclists ride on their bicycles during a group ride in Beijing, China September 6, 2022. REUTERS/Tingshu Wang

BEIJING – Zhou Changchang likes to spend his spare time cruising along the streets of China’s capital with his cycling club friends, on his Tiffany Blue bicycle made by the British company Brompton.

The 42-year-old teacher is part of a growing army of cycling enthusiasts in China, who are splashing out on premium bicycles made by the likes of Brompton, Giant and Specialized, fuelling a market that consultancy Research & Markets estimates could be worth $16.5 billion by 2026.

Social media and e-commerce platforms say there has been a surge of interest in cycling over the past year and sales of bicycles and gear are booming.

Typically, Chinese cyclists will pay more than 13,000 yuan ($1,870) for an inner-city, high-end foldable bike made by the likes of Brompton. High-performance road bikes, made for longer journeys, start at around 10,000 yuan ($1,450) and can go many times higher.

It said road bike sales on its platform had more than doubled from June to August compared with the same time last year, while riding apparel sales had jumped 160%.

China has had a long love affair with bicycles and was once known as the “kingdom of bicycles”.

For decades, bikes made by the likes of the Flying Pigeon company filled the streets.

Cycling fell out of fashion when a growing middle class turned to cars but bike manufacturers saw a revival in 2014 as bike-sharing companies like Mobike and Ofo sprang up to flood cities with their fleets, offering rides as cheap as 1 yuan.

Zhou, like many cyclists, said he got into biking to get fit. COVID-19 and its lockdowns also created an urge for the open road.

“I really longed for the outdoors and fresh air,” said Shanghai office worker Lily Lu who went out and ordered a Brompton bike for 13,600 yuan ($1,965) the day after she was released from a three-month lockdown.

As the craze gathers pace, manufacturers are struggling to meet demand. Lu said she had to wait two months to get her bicycle. Brompton did not respond to a request for comment.

China’s Pardus, which makes racing bikes that can cost more than 30,000 yuan ($4,335), said sales doubled from last year and its factory was operating around the clock.

“Everything is out of stock,” said Pardus branding director Li Weihai.