After Japan stint, Bryan Bagunas to play in Taiwan 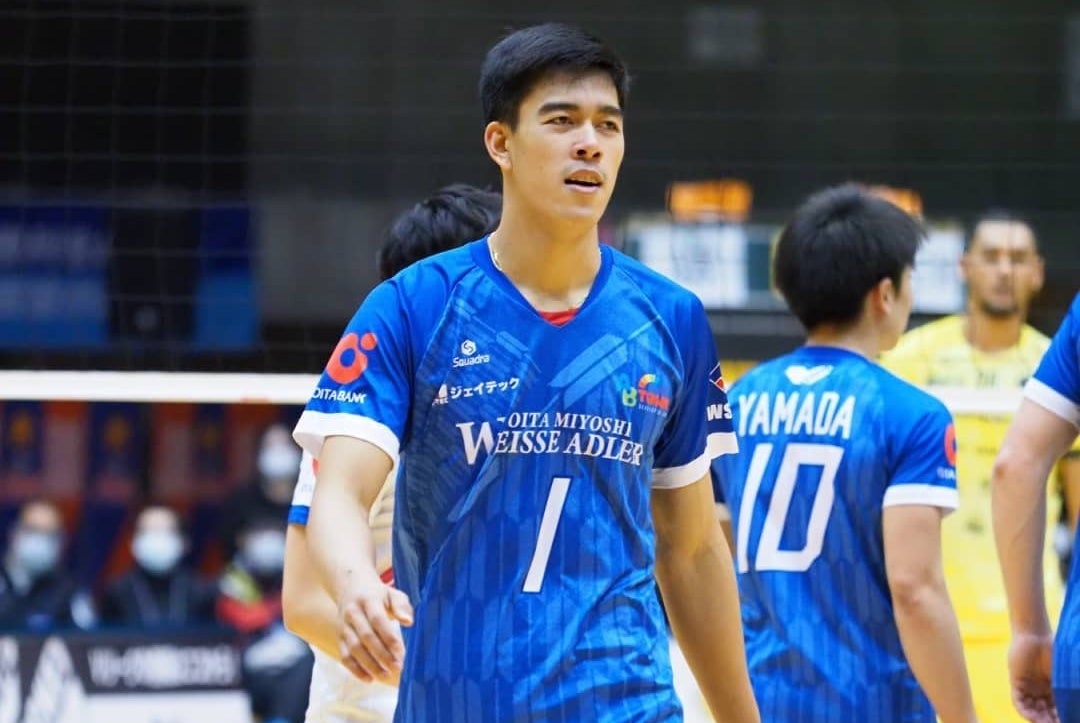 MANILA, Philippines—Bryan Bagunas has signed with the Taichung LianZhuang WinStreak volleyball team in Taiwan’s Top League, which opens in October.

After playing in Japan for Oita Miyoshi in the V.League for three years, the Philippine national volleyball team star has opted to take his talent to Taiwan this time.

Bagunas became the country’s first men’s volleyball player of this generation to play in Taiwan after he followed the footsteps of Marck Espejo in the Weisse Adler when he signed to play for Japan in 2019 and played until March this year.

The former UAAP MVP vowed to represent the Philippine men’s volleyball well in his first Top League stint as he starts preparing for the season starting this week.

“Para in the future, may mga Filipino player na pumunta dito or kunin nila,” he added.

(Whatever I did in Japan, I will also do it here since I am the first (men’s volleyball player of our generation) to play here. I cannot embarrass the Filipino talent and I want to prove the worth that Filipinos, especially the men’s volleyball players, deserve to play internationally. This is also for the future, for Taiwan to discover more Filipino players.)

The former National University standout played for the WinStreak during an invitational tournament in Malaysia last month. But he just signed a contract recently after finally deciding to play in Taiwan, where Alyssa Valdez played for Attack Line in 2017.

“They discovered me when I played in Japan. They reached out to me through Facebook, saying they are willing to sign me,” he said in Filipino.

The 24-year-old outside hitter said Oita Miyoshi offered him to renew his contract, but he decided to sign with Taichung for a fresh start and a stable income.

“For now my focus is to play in a different environment and as a young player, I wanted to have a stable income as early as now,” said Bagunas, who proposed to his fiancee, Nicole Tracy Tan, last April.

“They offered a renewal but I told them I had a hard time since playing in Japan is really tough, traveling home and away. I just want to play in a different environment. If there’s a chance to play there again, I will come back. “

Admitting that Japan still has a higher level of competition, the 6-foot-5 spiker said Taiwan’s level of play is also challenging and will help him improve his game as he promised to stay committed to the Philippine men’s volleyball team when he gets another call-up.

“The tournament duration is the same (with Japan V.League) from October to March but there’s more time to rest because the season is divided into two parts. But it’s still challenging since this is a global league and Taiwan is a country that focuses and sport and is also known as a high-level volleyball team,” Bagunas said.