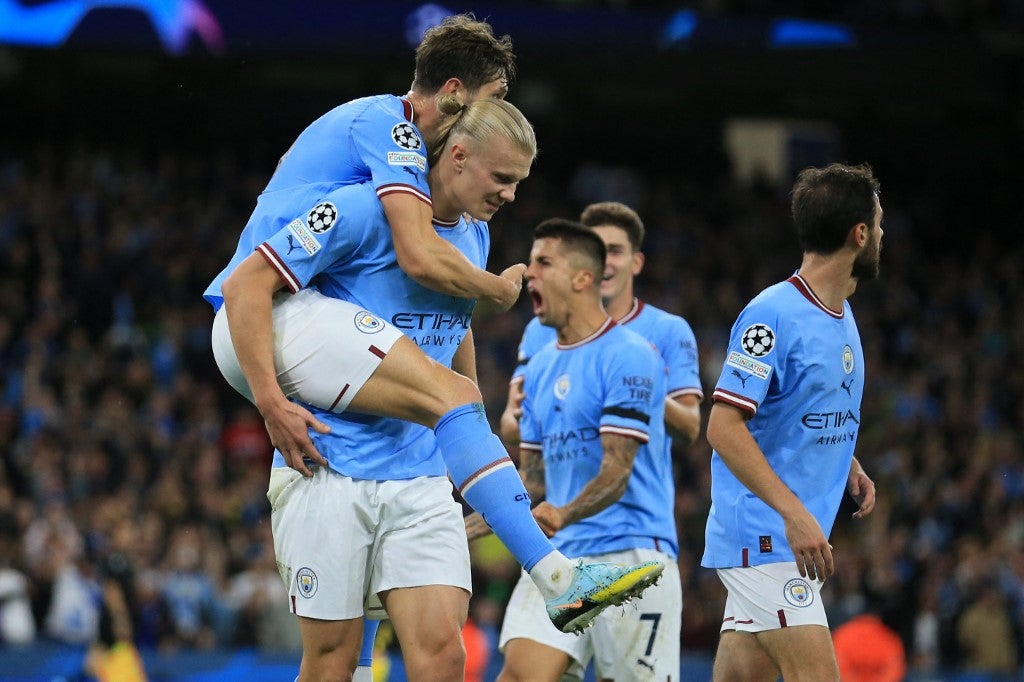 MANCHESTER, England – Erling Haaland grabbed an 84th-minute winner against his former club Borussia Dortmund as Manchester City came from behind with two late goals to seal a 2-1 win in Champions League Group G on Wednesday.

The Norwegian has now scored 13 goals in eight games since making his move from the Bundesliga club and his latest was a brilliant finish as he leaped to guide home a Joao Cancelo cross with the outside of his left foot.

Dortmund had taken a deserved lead in the 56th minute when England international Jude Bellingham broke loose to head in a cross from Marco Reus.

Pep Guardiola’s side drew level in the 80th minute when defender John Stones blasted a fierce drive past Alexander Meyer from outside the box.

City, who won their opening group game against Sevilla 4-0, top the standings on six points, three ahead of the Germans.