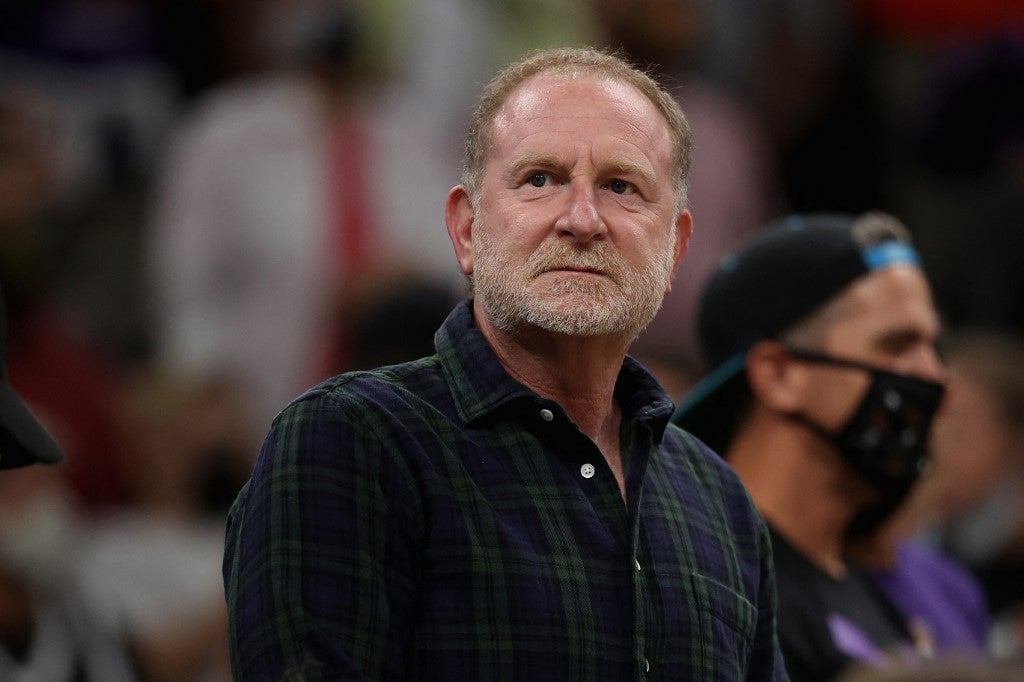 (FILES) In this file photo taken on October 13, 2021, Phoenix Suns and Mercury owner Robert Sarver attends Game Two of the 2021 WNBA Finals at Footprint Center in Phoenix, Arizona. – The NBA has suspended Phoenix Suns owner Robert Sarver for one year and fined him $10 million dollars after a probe of claims of racism and misogyny, the league said September 13, 2022. (Photo by Christian Petersen / GETTY IMAGES NORTH AMERICA / AFP)

A prominent team sponsor has joined the voices calling for the permanent exit of Phoenix Suns majority owner Robert Sarver.

The NBA suspended Sarver for one year and fined him $10 million on Tuesday after an independent investigation into allegations he created a toxic work environment in Phoenix. That report found that Sarver used the “N-word” at least five times, sexually harassed female employees, and yelled and cursed at workers.

On Thursday, Suns vice chairman Jahm Najafi, who owns the second-largest share of the team, released an open letter calling for Sarver’s resignation.

And on Friday, PayPal said it would not renew its sponsorship if Sarver continues in his role with the Suns following his suspension. PayPal is the team’s jersey patch partner.

“PayPal is a values-driven company and has a strong record of combatting racism, sexism and all forms of discrimination,” PayPal CEO and president Dan Schulman said in a statement. “We have reviewed the report of the NBA league’s independent investigation into Phoenix Suns owner Robert Sarver and have found his conduct unacceptable and in conflict with our values.

“… In light of the findings of the NBA’s investigation, we will not renew our sponsorship should Robert Sarver remain involved with the Suns organization, after serving his suspension.”

PayPal’s sponsorship deal, which also includes the WNBA’s Phoenix Mercury, began in 2018 and is set to expire following the 2022-23 season.

According to ESPN sources, the PayPal deal with the Suns was worth $3 million during the 2021-22 season.

On Wednesday, Tremaglio had issued a statement that read in part, “I have made my position known to (NBA commissioner) Adam Silver regarding my thoughts on the extent of the punishment, and strongly believe that Mr. Sarver should never hold a managerial position within our league again.”

Tremaglio said there has been no discussion with players about boycotting games with training camp about to begin.

“We are all gearing up for a season,” she said. “But I think it is very clear that our players are incredibly upset about what has occurred.”