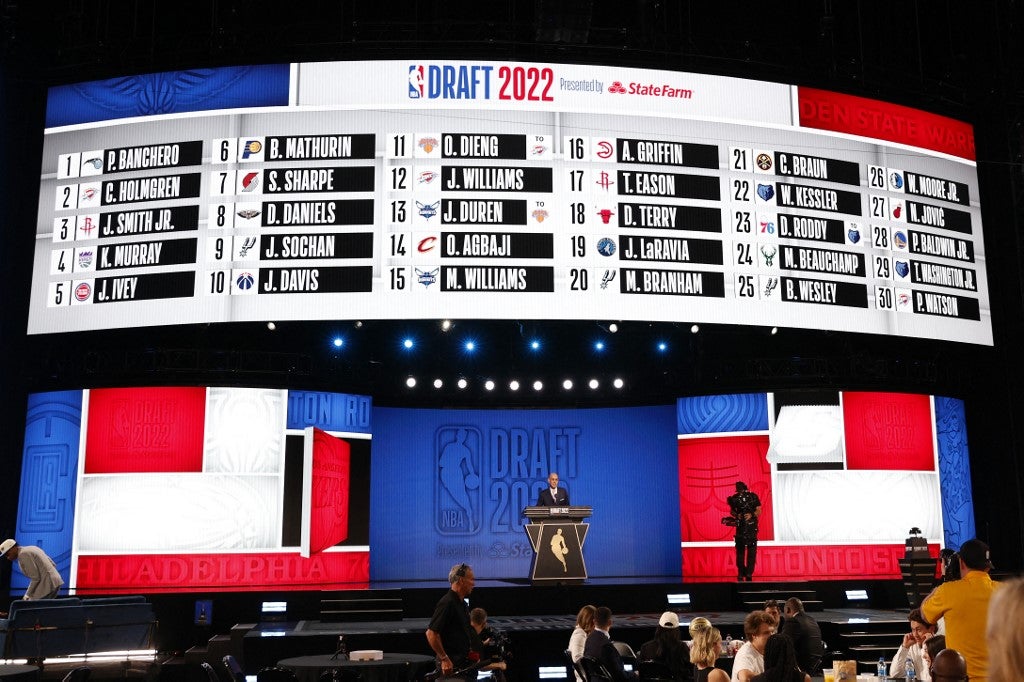 NEW YORK, NEW YORK – JUNE 23: A general view of the first round draft board during the 2022 NBA Draft at Barclays Center on June 23, 2022 in New York City. Sarah Stier/Getty Images/AFP

The NBA and the players association are expected to agree to reduce the minimum draft age from 19 to 18 by 2024, The Athletic reported Monday.

The change would open the door for high school players to enter straight to the NBA draft. The league set the draft age at 19 in 2005.

The league and union have a mutual opt-out of the current collective bargaining agreement coming up on December 15. Both the league and NBPA are eager to reduce the draft age, per the report.

The sides have been in discussions about tweaks and additions and have another in-person meeting scheduled for this week, per The Athletic.

Other changes reportedly being discussed are adding a mental health designation to injury reports, harsher luxury tax penalties and an emphasis on fan civility.