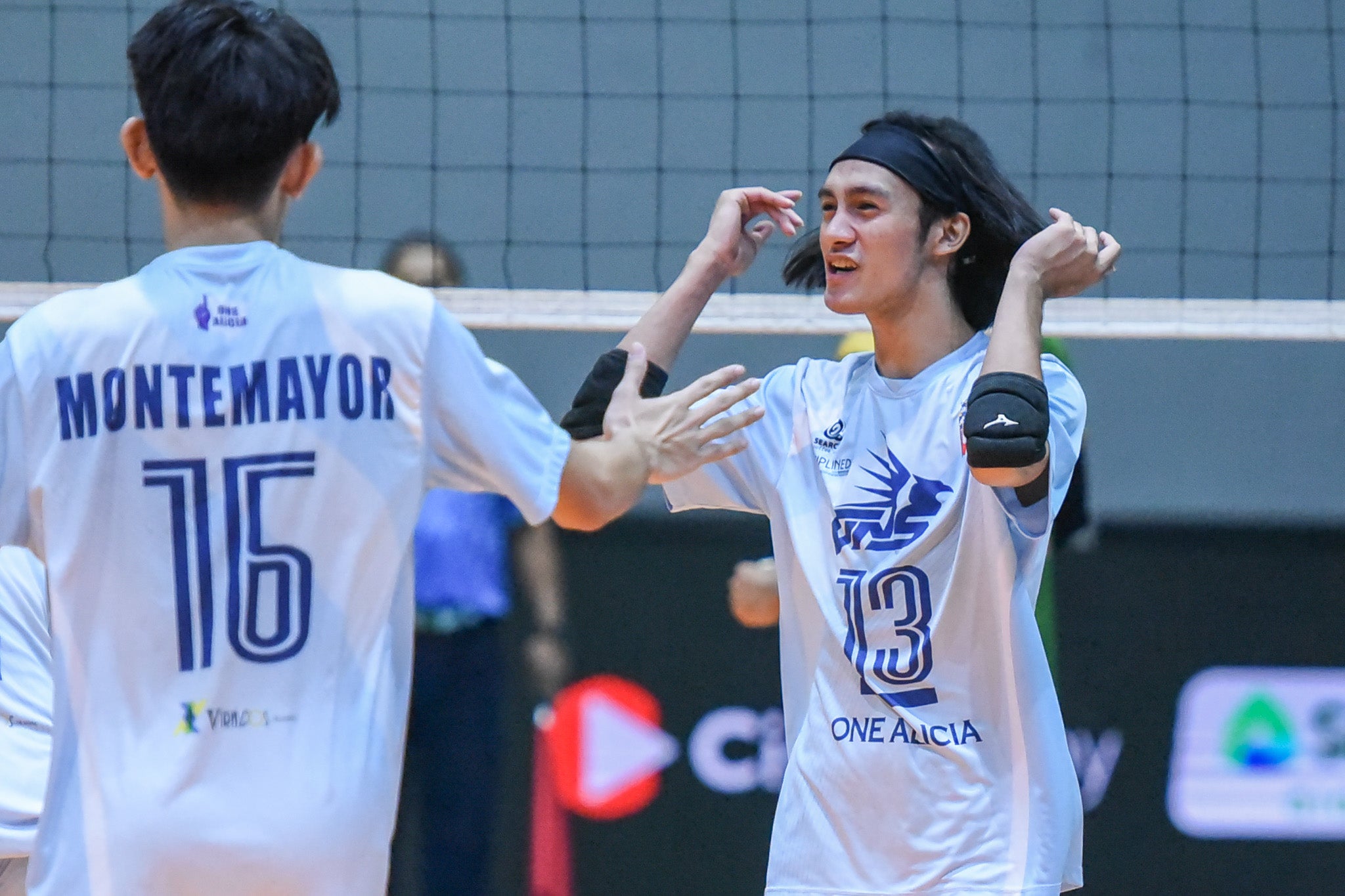 The Griffins snapped their three-game winning streak at the most opportune time to join early entrants National U-Sta. Elena, Cignal and Navy in the round robin semifinals.  They finished with a 3-3 card in the elimination round.

Ish Polvorosa dished out 23 excellent sets in orchestrating the players for Griffins, who bounced back in the deciding set after squandering their fightback in the third set as the Troopers forced an extension.

Army finished at the bottom of the standings alongside Santa Rosa and Ateneo with identical 1-5 records.

Madz Gampon led the Troopers with 13 points while John Daniel Diwa added 11 in the loss.