Garbine Muguruza eager to see back of ‘tough, roller-coaster’ season 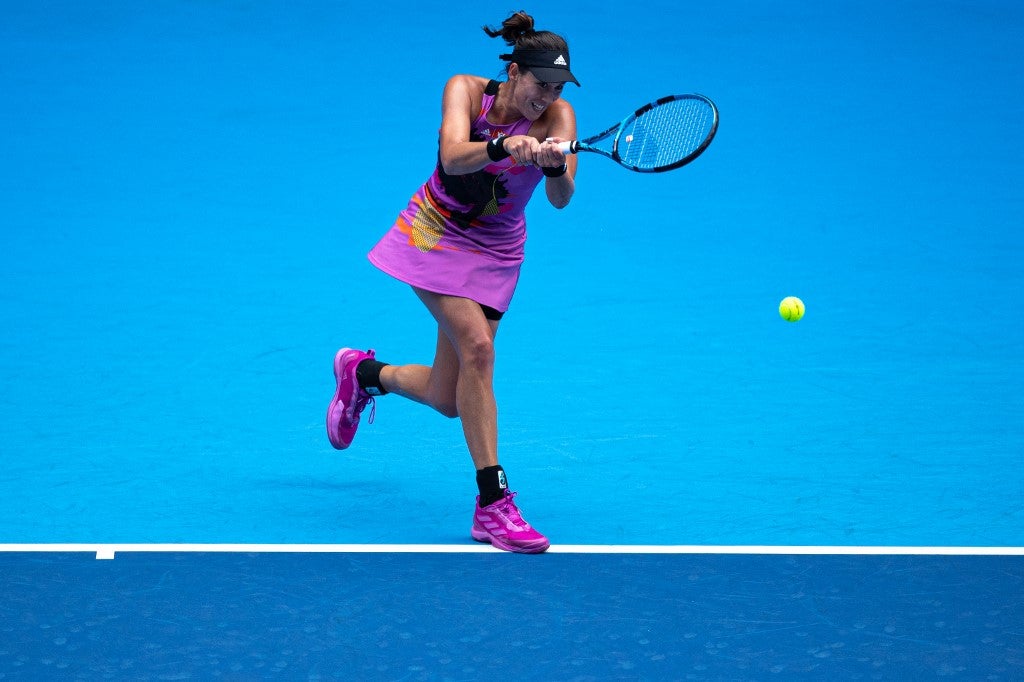 Garbiñe Muguruza of Spain hits a return against Despina Papamichail of Greece during their women’s singles match on day three of the Pan Pacific Open tennis tournament in Tokyo on September 21, 2022. (Photo by Philip FONG / AFP)

Former world number one Garbine Muguruza wants to end a “roller-coaster” season with “a different feeling” after winning her opening match at the Pan Pacific Open on Wednesday.

The Spaniard beat Greek qualifier Despina Papamichail 6-4, 6-2 to move into the quarter-finals in Tokyo and gain “a little bit more confidence” in a poor year for the two-time Grand Slam champion.

Muguruza has not managed to string together more than two wins at a tournament and fell out of the world top 10 earlier this month.

At the recent US Open she squandered two match points before losing to Petra Kvitova in the last 32.

Muguruza gave Wednesday’s win a cautious welcome but said it was far too early to know whether she is turning a corner.

“It’s been a tough season, a little bit of a roller coaster,” said the 28-year-old, who is now ranked 12 in the world.

“I don’t know if I’m going to be able, with these last tournaments, to have a different feeling. That’s my goal.”

Muguruza, who won the French Open in 2016 and Wimbledon a year later, started the year ranked number three but has since lost in the first round of six tournaments.

She struggled to put away Papamichail when she had her on the ropes several times in a tense first set and admitted that she still lacked the killer instinct.

“I think that it’s all about confidence and how well you’re playing or how many matches you’ve been playing,” she said.

“Definitely this year I feel that I haven’t played that many matches so obviously when the important moments come, you really feel that confidence that is not quite there yet.”

Muguruza knows she must stay patient.