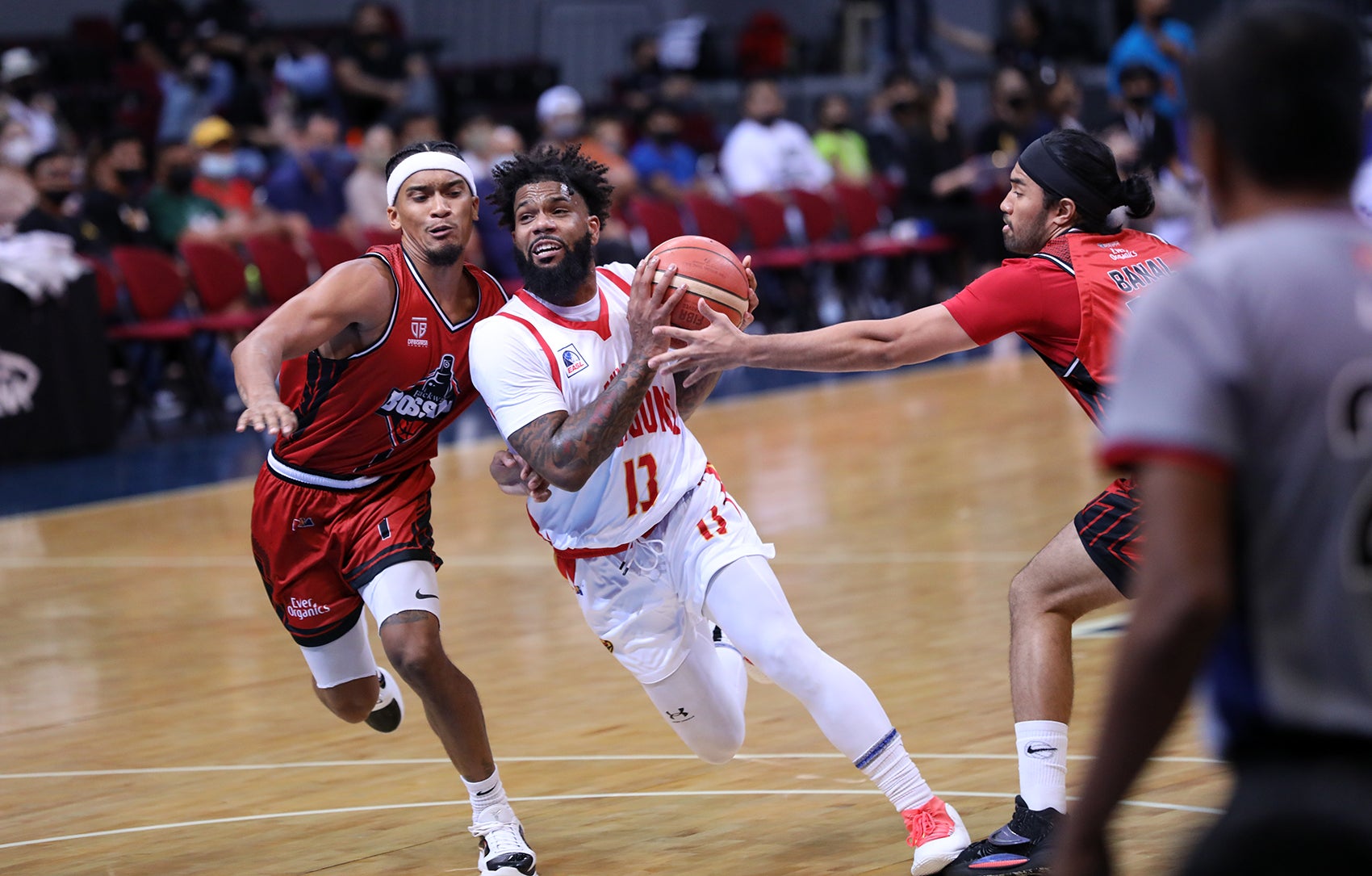 Bay Area Dragons import Myles Powell drives during a game against the Blackwater Bossing in the 2022 PBA Commissioner’s Cup at Mall of Asia Arena. PBA IMAGES

MANILA, Philippines-Guest team Bay Area Dragons showcased the form that allowed them to win all of their tune-up matches as they crushed Blackwater, 133-87, to open the PBA Commissioner’s Cup on Wednesday at Mall of Asia Arena.

Import Myles Powell waxed hot right from the beginning as the Dragons led for the majority of the contest en route to a convincing win that may have served as a warning to the rest of the league.

Powell, the 6-foot-2 guard who will play the first four games of the eliminations before Andrew Nicholson takes over for the next four, sizzled for 41 points as Bay Area continued its mastery of Blackwater, which it beat thrice during its series of scrimmages leading up to the midseason tournament.

“I thought at the start of the game, our defense was good. And then on the offensive end, we clicked,” said Dragons coach Brian Goorjian.

Glen Yang was among the five players in double figures with 22 points while Songwei Zhu added 13 for Bay Area.

Ato Ular, who led the statistical race for the Rookie of the Year award at the end of the All-Filipino tilt, scored 13 points but the Bossing were beaten handily once more by the Dragons, who during one tune-up prevailed by 38 points.

It was a frustrating start for Blackwater, which was coming off a quarterfinal appearance in the Philippine Cup but recently dealt top overall pick Brandon Ganuelas-Rosser to NLEX as part of a three-way trade that also involved TNT.

Troy Rosario, who Blackwater got as part of the deal in order for TNT to get NLEX rising star Calvin Oftana, was in uniform but was not inserted during the one-sided contest.