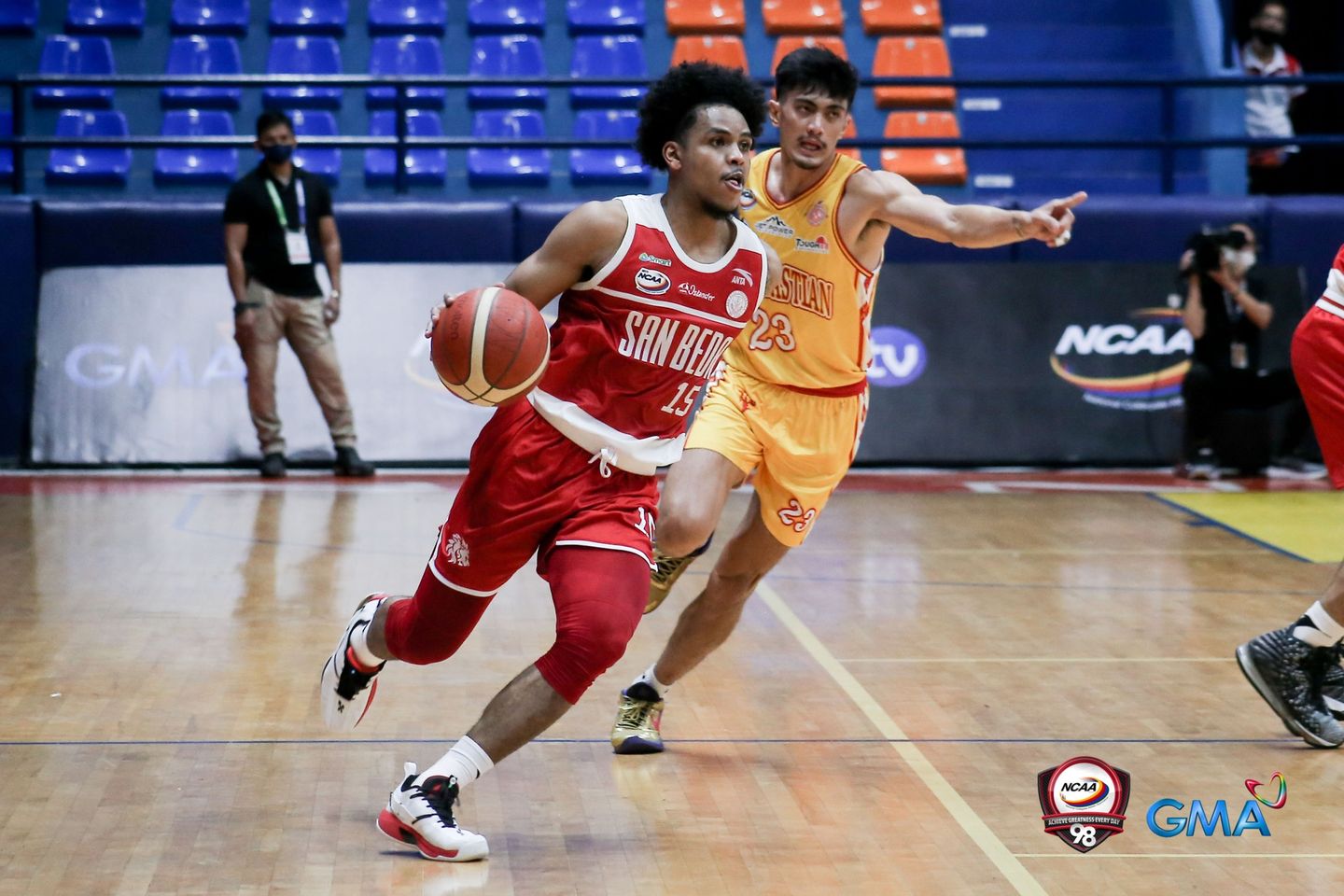 Ry dela Rosa isn’t the type to dwell on misses.

The Jose Rizal University (JRU) Heavy Bombers benefitted from that.

With time winding down to its last breath, Dela Rosa swished the winning three from the corner that lifted the Bombers past the Arellano Chiefs, 70-67, on Wednesday in the NCAA Season 98 men’s basketball tournament.

“I just let it fly. It feels amazing, it feels great,’’ said Dela Rosa, whose game-winner with 4.8 seconds left propelled the Bombers to their second win in four games.

Prior to his heroics, the shooting guard from San Diego, California, saw all of his four attempts clang the rim.

“It was tough, my shots weren’t falling. What matters now is that we won. This is all part of the journey,’’ said the son of ex-PBA cager Romy Dela Rosa.

The Bombers actually chased the Chiefs from 16 points down in the final quarter with rookie William Sy scoring all of his 13 points in that span punctuated by a go-ahead three atop the key.

“We knew that it wouldn’t be easy for us. Every game will be difficult. I just remind them that this is what we’ve been preparing for in practice,’’ said JRU coach Louie Gonzales.

“The only way for us to compete is to play like this. Play our hearts out,’’ added Gonzales.

Axel Doromal had 24 points Darrel Menina added 13 points, nine rebounds and five assists for the Chiefs, who fell for the second time in five games.

James Kwekuteye had 20 points as San Beda toppled San Sebastian, 78-71, in the other game.

The Red Lions were tied with the Stags in the standings after both split their past four games, an unusual scenario for San Beda, which practically owned the NCAA in the past decade.

New San Beda coach Yuri Escueta knows it would take a consistent performance from Kwekuteye on both ends for the Lions to move further up the standings.

“I know he can score, but one thing I appreciate about what he’s doing right now is his defensive side,’’ said Escueta, referring to Kwekuteye, San Beda’s offensive anchor.

“Offensively, he’s trying to look where his open teammates are and has been making good decisions, but he’s also putting the same amount of effort defensively,’’ added Escueta.

Forward JB Bahio also contributed to the victory with his 10 points and 10 rebounds, highlighted by a floater and two free throws that snuffed any hope for a San Sebastian recovery.

Down 25-2 out of the gates, the Stags look primed to turn everything around after cutting the deficit to a single field goal entering the final quarter on a coup pulled off by Jessie Sumoda and Ken Villapando.