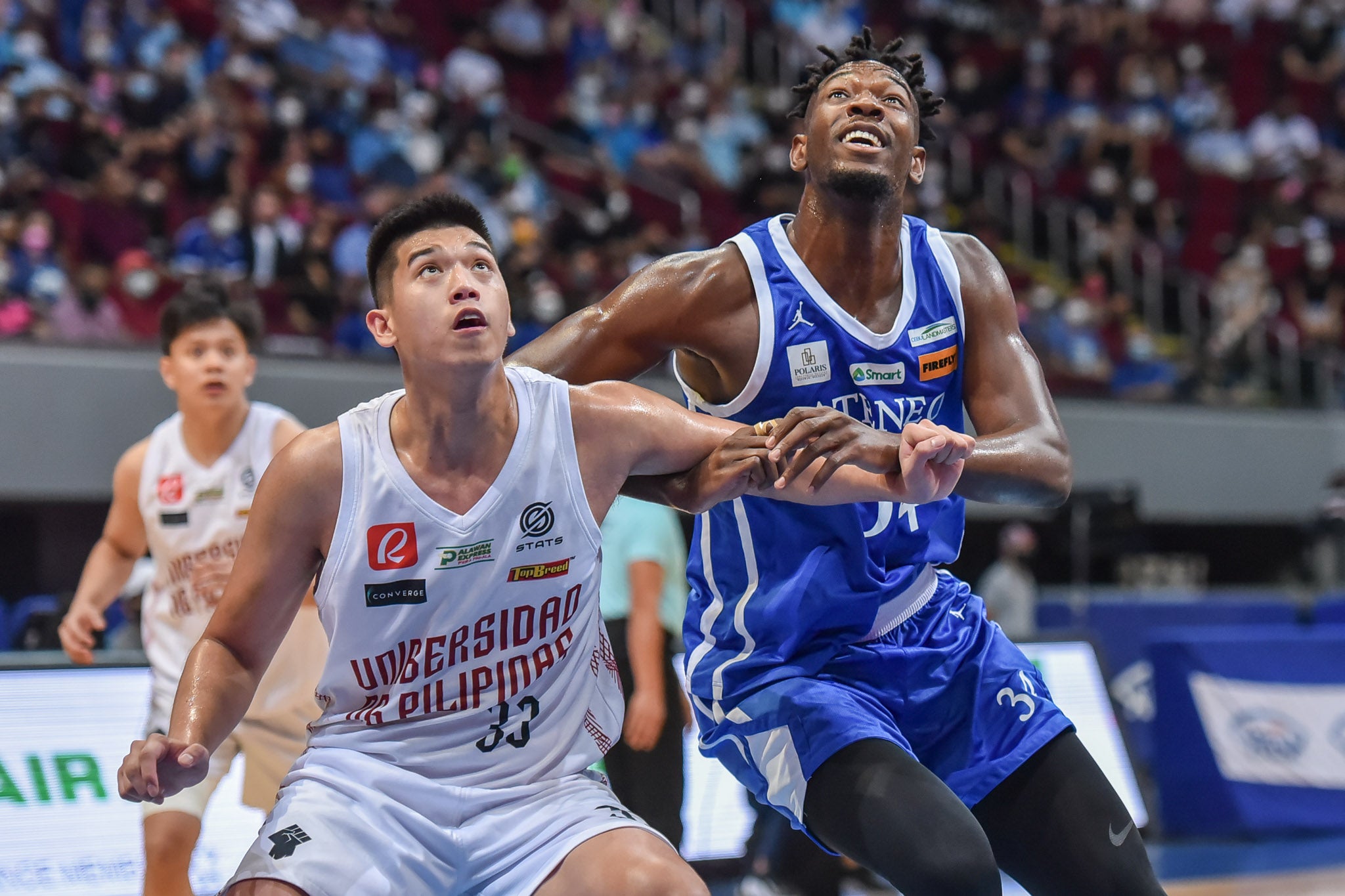 Ateneo vs UP in Game 2 of the UAAP Season 84 men’s basketball finals. UAAP PHOTO

MANILA, Philippines — Defending champion University of the Philippines and runner-up Ateneo renew their rivalry on October 16 in the UAAP Season 85 men’s basketball tournament at Mall of Asia Arena.

The UAAP has released its first round schedule with the Fighting Maroons and Blue Eagles meeting for the first time since the former took the Season 84 championship with JD Cagulangan’s title-clinching triple in Finals Game 3 to end a 36-year drought.

For the first time, tickets for the 4:30 p.m. match between Ateneo and UP will be sold separately. The first game between University of Santo Tomas and University of the East is set for 1 p.m.

UP starts its title-retention bid against De La Salle on October 1 at MOA Arena  4 p.m. after a pre-recorded opening ceremony which will be aired on Cignal TV at 12:30 p.m. Bal David’s debut as University of Santo Tomas head coach facing Adamson at 2 p.m serves as the oepner.

Runner-up Ateneo kicks off its redemption season against Final Four rival Far Eastern University on Sunday at 4 p.m., right after the 2 p.m. showdown between preseason champion National University and University of the East.

Meanwhile, fierce rivals Ateneo and La Salle clash on October 9 at Smart Araneta Coliseum at 4:30 p.m., while NU and UST meet at 1 p.m.

Brothers Nash Racela of Adamson and FEU head coach Olsen face each other on October 12, capping the quadruple header at MOA Arena.

Unlike Season 84, where all basketball matches were only held at MOA Arena, the league will use four different venues at least for the first round including PhilSports Arena in Pasig and Ynares Sports Center in Antipolo City, where the last two playdates of the round will be played.

Games are played every Wednesday, Saturday and Sunday.

The second round will open on October 26 before the league takes a break from November 7 to 15 to give way for Gilas Pilipinas’ campaign in the fourth window of the Fiba World Cup 2023 Asian Qualifiers.

The Final Four will begin on November 30, while the best-of-three Finals starts on December 7 before the Cheerdance Competition on December 10.

The basketball season could end on Dec. 11, if necessary Game 3 is scheduled on Dec.14.