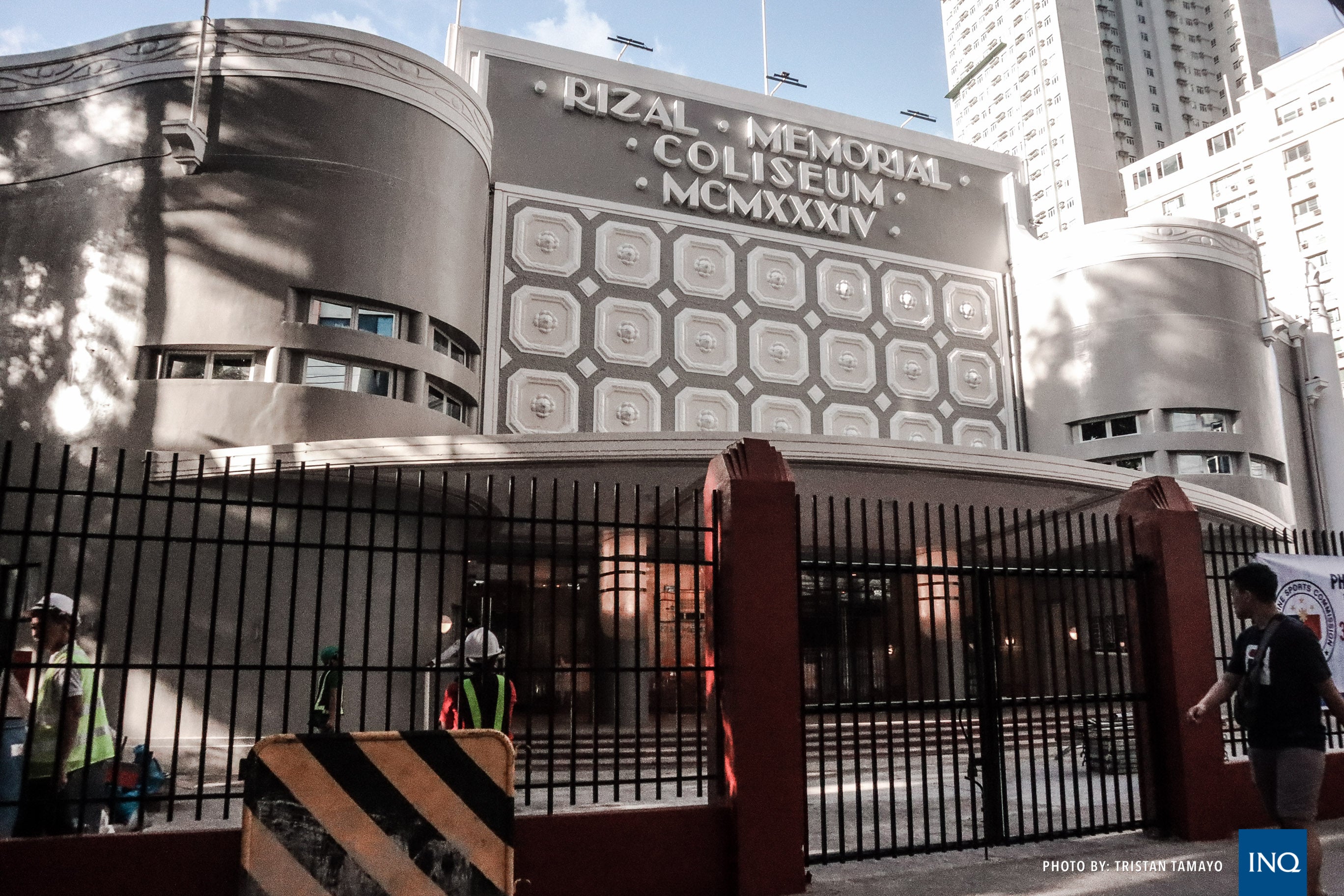 MANILA, Philippines — The Shakey’s Super League will be the first league to play at Rizal Memorial Coliseum in this pandemic era as the UAAP and NCAA teams vie for the inaugural collegiate preseason championship starting this weekend.

For  Philip Ella Juico, chairman and CEO of SSL organizer Athletic Events and Sports Management, Inc. (ACES), staging their inaugural collegiate pre-season volleyball championship at the 88-year-old historic venue in Manila is only fitting for the 10 NCAA schools and eight UAAP teams as they play together in one league for the first time in history.

“This is a historic tournament to be played at the equally historic Rizal Memorial Coliseum – the breeding ground of our sports heroes,” said Juico. “We thank the Philippine Sports Commission for the opportunity to use the facility.”

It will be the first time that the 6,100-capacity gym will be used for a local volleyball competition after it was renovated in 2019 for the 30th Southeast Asian Games’ sporting events, including gymnastics.

Aside from bringing back the schools to a venue that used to be the home of NCAA and UAAP, Juico said that Rizal Memorial Coliseum is the perfect venue because of its accessibility for the teams.

“Rizal Memorial Coliseum is situated at the heart of Manila. Fans will not have a hard time going to the venue because mass transportation is available around the area, especially with its proximity from the Vito Cruz station of the LRT,” Juico said.

Tickets are now available through shakeys.ticketmax.ph as fans are allowed to watch the games live but must present vaccination cards upon entry. Strict health protocols will be implemented.

University of the East and Mapua kick off the tournament on Saturday at 12:00 noon followed by another Pool A encounter between San Beda University and University of Perpetual Help at 2:00 p.m.

An “all-to-play” format where all players in a team’s roster will get to see action will be implemented in the conference. Different sets of players, except for libero, will be fielded in the first two sets of a match and the regular substitution will return when the set score reaches 16.

Standard play will be in effect starting from the third set.

“The benefit of having this rule is that players are going to get enough exposure and playing time. Coaches can also take advantage of this format to try different combinations which they can eventually use for their respective collegiate leagues,” Juico said.

Besides the preseason conference, the SSL is also extending its advocacy of promoting and developing the sports of volleyball at the grassroots level nationwide as college teams from different regions in the country will get a chance to showcase their skills.

A regional qualifier will be held where slots for the National Invitational Championship will be up for grabs to represent Luzon, Visayas, and Mindanao starting February next year. The six teams from the top three teams each from the UAAP and NCAA will banner the National Capital Region.

A total of 12 teams will vie for the SSL National Invitational Championship, which is slated for July 2023.

“The SSL will continue with its season while the UAAP and the NCAA are ongoing from February to May with our regional qualifiers,” Juico said. “We will fly all the teams that will qualify in the regional tournaments here in Manila for the main draw where they will compete along with the six NCAA and UAAP teams in the nine-day National Invitational Championship.”