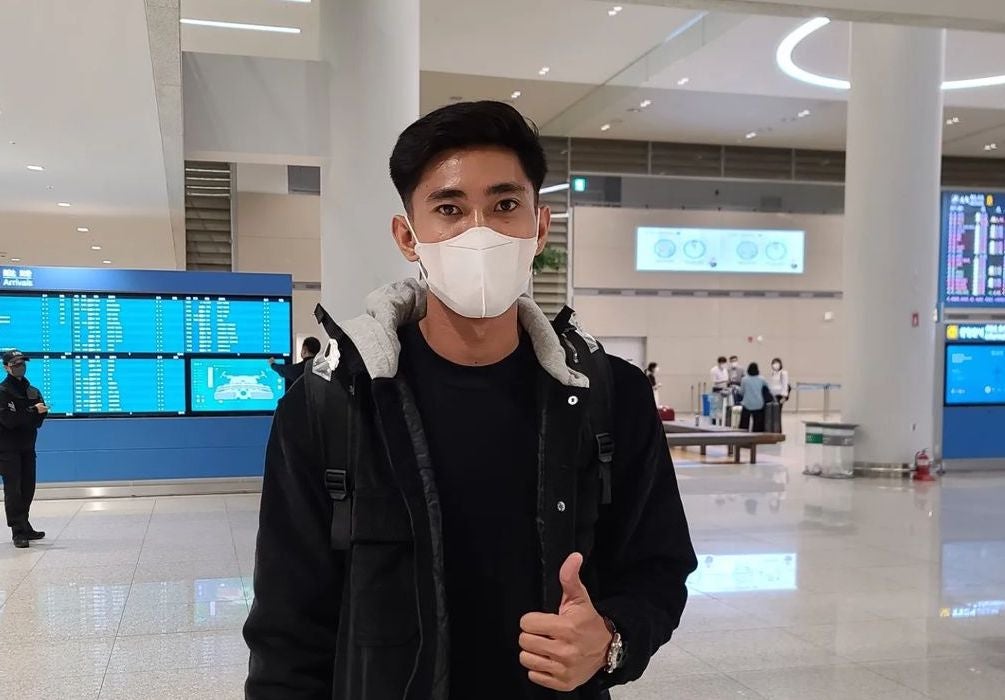 MANILA, Philippines — Rhenz Abando has arrived in South Korea ahead of his stint as import of Anyang KGC  in the Korean Basketball League.

KGC on Friday posted a photo of the NCAA Rookie MVP’s arrival at the airport.

Abando expressed his excitement about joining his team and seeing the fans when the KBL 2022-23 season opens in October.

“Annyeong, KGC fans! This is Rhenz Abando and I’m looking forward to see you all soon,” said the 6-foot-2 small forward in a video posted by Anyang

The 24-year-old swingman, who averaged 15.1 points, 6.7 rebounds, 1.9 assists, and 1.4 blocks in his first and final NCAA season, is beefing up an Anyang side that made back-to-back finals appearances, including a runner-up finish in the previous season’s finals.

Besides Abando, Justin Gutang and the Changwon LG Sakers returned to Korea on Thursday night after visiting the Philippines for a series of tune-up games.

Gutang and his squad faced the Bay Area Dragons, Ateneo Blue Eagles, and Barangay Ginebra in friendlies held in Manila.

William Navarro, who was supposed to play for Seoul Samsung Thunders, didn’t receive a clearance to join his KBL team from Fiba because of his existing contract with Gilas Pilipinas and Northport.