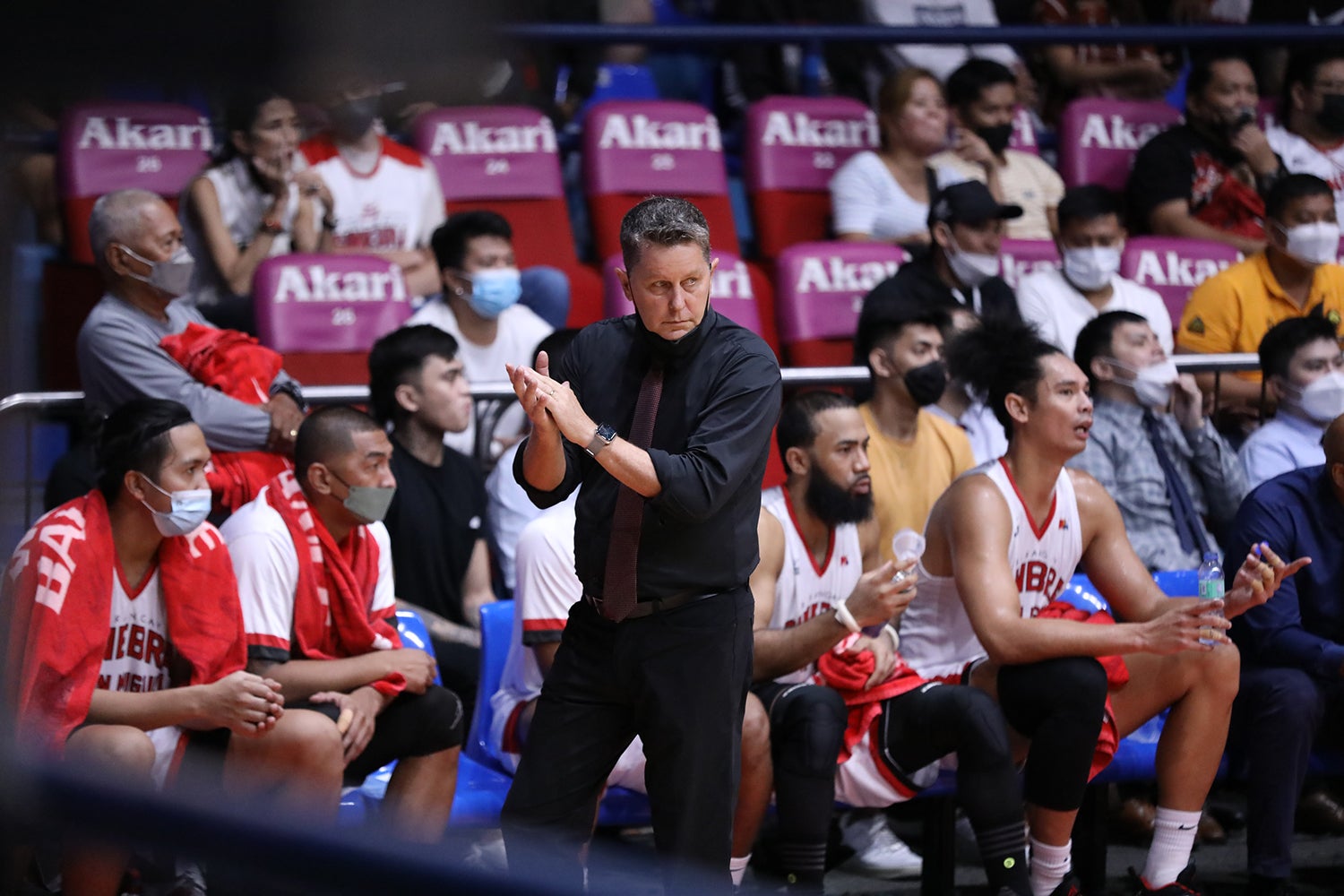 MANILA, Philippines–Aldin Ayo knows he has his work cut out for him when he battles Tim Cone and his charges in the PBA Commissioner’s Cup.

Turns out, the feeling is mutual.

“He has a clear vision of how he wants his player and knows how to implement his playing style,” Cone, the PBA’s winningest mentor told the Inquirer when asked about Ayo, the young tactician who is getting his feet wet in the pro league with Converge.

The FiberXers and the crowd darlings were supposed to lock horns last Sunday, but the inclement weather prompted the PBA to reschedule the clash.

Cone is well aware of the Ayo’s exploits at the varsity level and told the Inquirer in an earlier interview that he expects the Sorsogon native to do just the same in his backyard.

The contest, which could’ve been easily the biggest draw of the conference’s opening week alongside Yeng Guiao and Rain or Shine’s duel with NLEX, was also supposed to unveil Jamie Malonzo with Justin Brownlee in what is shaping up as an interesting pairing of highly-athletic, two-way players.

And that tandem still won’t be enough to prime the Gin Kings well enough for Ayo and his young and hungry wards.

“Whether we had played Converge in our first game or our 10th game, we know we are in a battle,” Cone said.

“Coach Ayo’s teams always play hard and are well-prepared,” he went on.