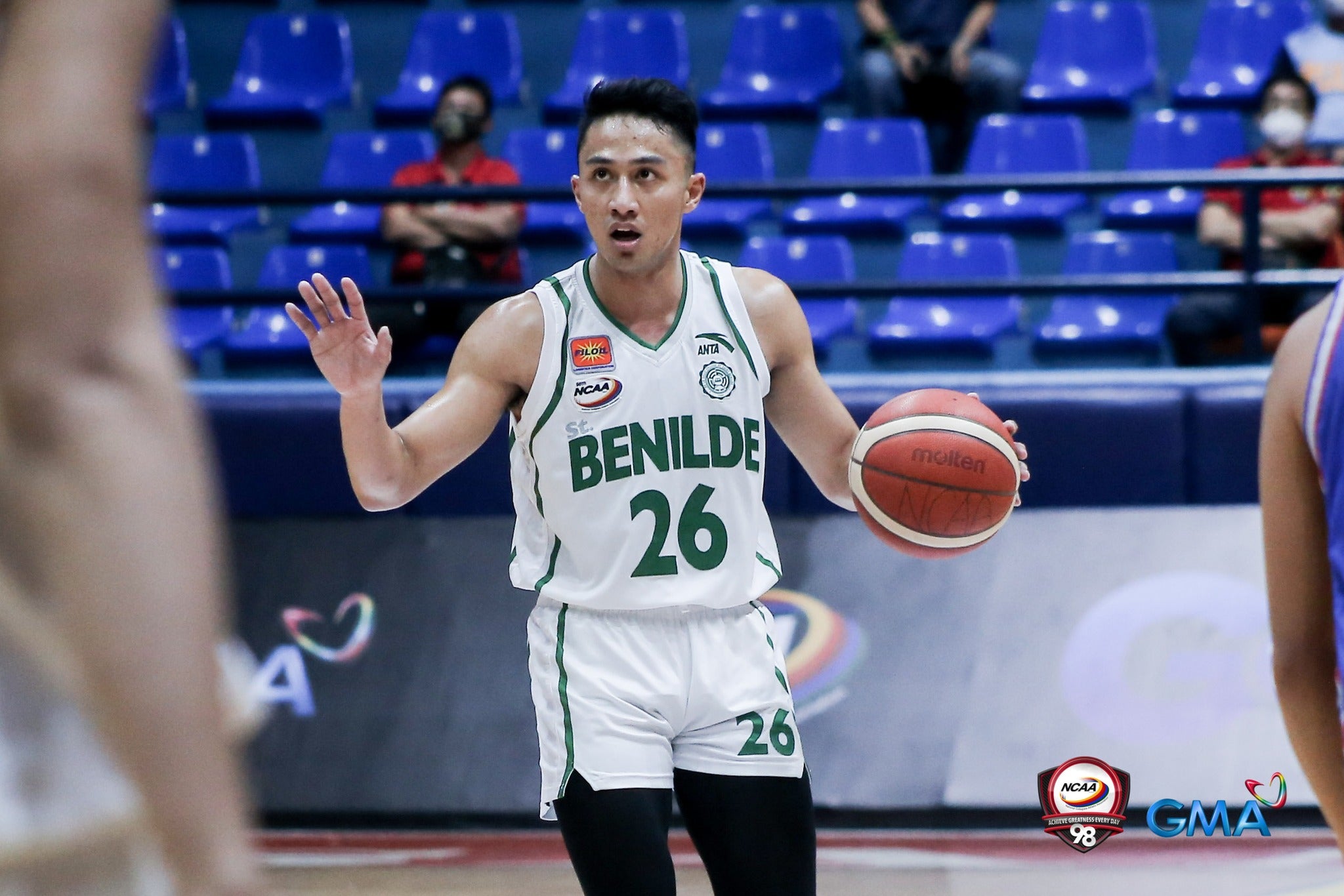 Other than Will Gozum’s double-double of 15 points and 12 rebounds and Mark Sangco’s 71.4 percent shooting clip for 11 points, the Blazers also relied on team captain JC Cullar to deliver the goods to improve to a 4-1 record.

“JC was the catalyst of the second quarter spurt. I’ve really given him a big responsibility this season. I have a lot of trust in him. There’s been no question for me when it comes to JC’s leadership,” Tiu said after the win.

The game was tied at 20-all at the end of the first quarter when the Blazers, thanks in part to Cullar’s leadership, went on a 16-2 run to take a comfortable 36-22 lead.

“Our strength this year is really our firepower. We have Jimboy (Pasturan), (Migs) Oczon and Robi (Nayve) so they space the floor. With Will (Gozum) it’s also easier for me to feed my bigs,” the Fil-Italian explained.

Cullar finished with 10 points and seven assists. He also tallied nine dimes in their last game against Letran.

Cullar also credited Kiefer Ravena for teaching him about leadership when the former Ateneo star trained with them and coach Charles Tiu once.

“He (Ravena) trained with us once and after that I got his number and I asked him questions. He’s super smart. It only takes him one viewing to know what’s wrong with our game,” Cullar explained.

For the Benilde guard, gaining Tiu’s trust was an “honor” and will serve as fuel for his next games.

“Coach Charles’s trust is an honor. He’s one of the greatest coaches here in the Philippines so for him to trust me, it’s big. I want to meet his expectations.”

The Blazers will face the winless Emilio Aguinaldo College (0-4) on Saturday.