NBA: No training wheels for Nets’ Ben Simmons this season 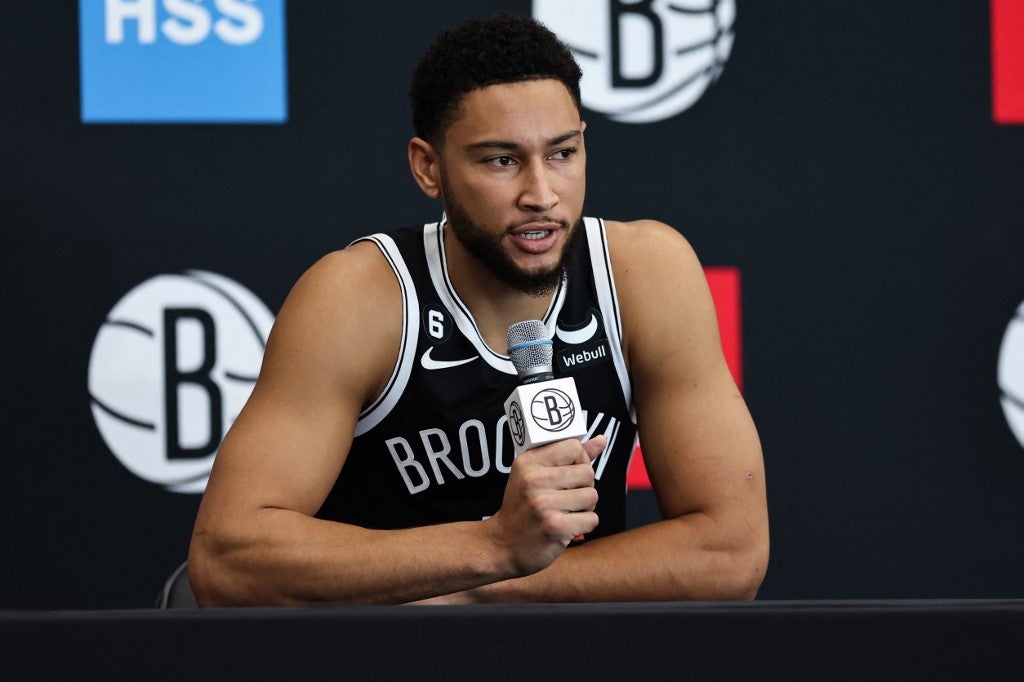 Ben Simmons #10 of the Brooklyn Nets speaks at the podium during a press conference at Brooklyn Nets Media Day at HSS Training Center on September 26, 2022 in the Brooklyn borough of New York City. Dustin Satloff/Getty Images/AFP

Brooklyn Nets guard Ben Simmons says he is physically and mentally prepared to get back on an NBA court for the first time since June 2021.

“I feel great,” he said during this week’s media day, adding that he has been cleared medically to play when the Nets open up the regular season next month. “That’s the goal. That’s the plan. … Ready to go.”

Simmons, 26, missed all of last season. The three-time All-Star began the year with Philadelphia but sat out, citing mental health issues, and sought a trade, eventually arriving in Brooklyn in a February deal that sent James Harden to the 76ers. Simmons had surgery in April for a back injury.

“I’ve put myself in position. I’ve been working on myself this past year to get back on the floor and play at a high level,” Simmons said. “I deserve to take this opportunity to get back on the court, so I’m excited to team up with these guys, these coaches.”

Simmons said he is confident he can maintain a good headspace over the course of an 82-game season.

"I just want to go out there and impact the game in any way I can."

Ben Simmons talks about how his game fits with the Nets.

“I put a lot of time and effort into myself. … A lot of time and energy was spent on getting myself to a place where I want to play,” he said. “I feel everybody has dark days, but we’re able to address it and work toward getting it to the place where we need to be. That’s where I am.”

Nets coach Steve Nash is thrilled to add the 6-foot-11 ball-handler to a lineup featuring Kevin Durant and Kyrie Irving.

“Very unique. That’s what makes Ben great,” Nash said Wednesday. “That’s why I don’t care if he ever shoots a jump shot. He’s welcome to, but that is not what makes him special, and not what we need. He’s a great complement to our team.”

The Nets open the preseason on Monday against the visiting Sixers. Brooklyn hosts the New Orleans Pelicans to begin the regular season on Oct. 19.