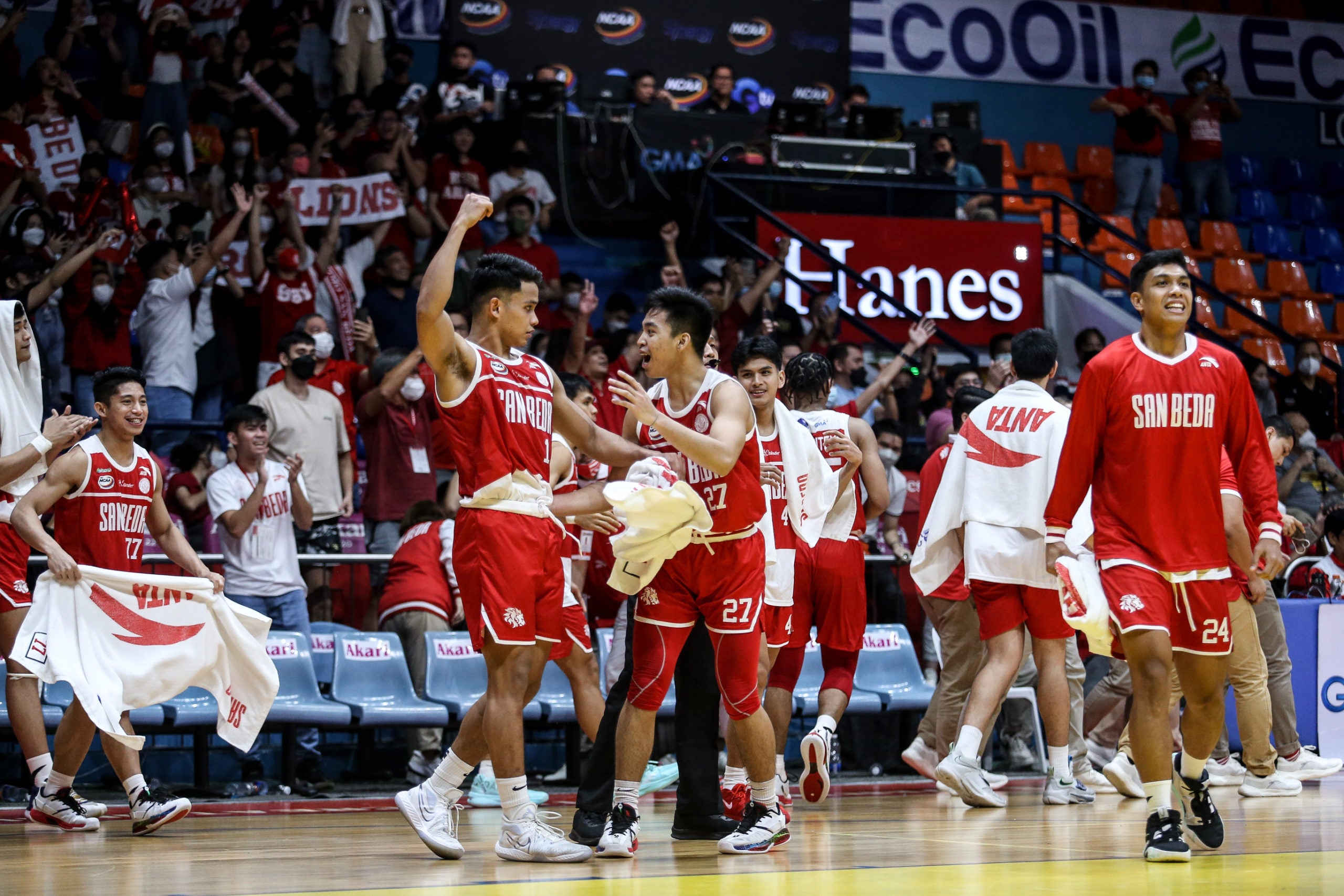 The Red Lions recovered from a slow start and went on a second half surge to tally their second straight win to tie the defending champion Knights at 3-2.

“We had to put more pressure on them really because all their shots in the first quarter were going in. It was really them picking up the pressure and giving efforts that made us win,” San Beda head coach Yuri Escueta said.

San Beda was holding on to a 70-65 lead with under three minutes left to play when Fran Yu shot a corner triple to put Letran within sniping distance, 70-68.

But the Red Lions turned to their veterans JB Bahio and Peter Alfaro, who  sank back-to-back buckets with 11 seconds remaining, to put the game beyond reach and hand the undermanned Knights their second season loss. The Knights, who played without key players Brent Paraiso and Louie Sangalang due to suspension, went on a hot start, sinking nine triples in the opening period to gain their biggest lead at the end of the first, 33-16.

San Beda , though, quickly pushed the pace on defense and  limited Letran to only 10 second quarter points to trail by just one at the half, 43-42.

The Red Lions then wrested the momentum with a huge third quarter search to take the lead, 57-55.

Kurt Reyson scored a game-high 20 points for Letran in a losing effort. Fran Yu and King Caralipio tallied 17 to their names as well.