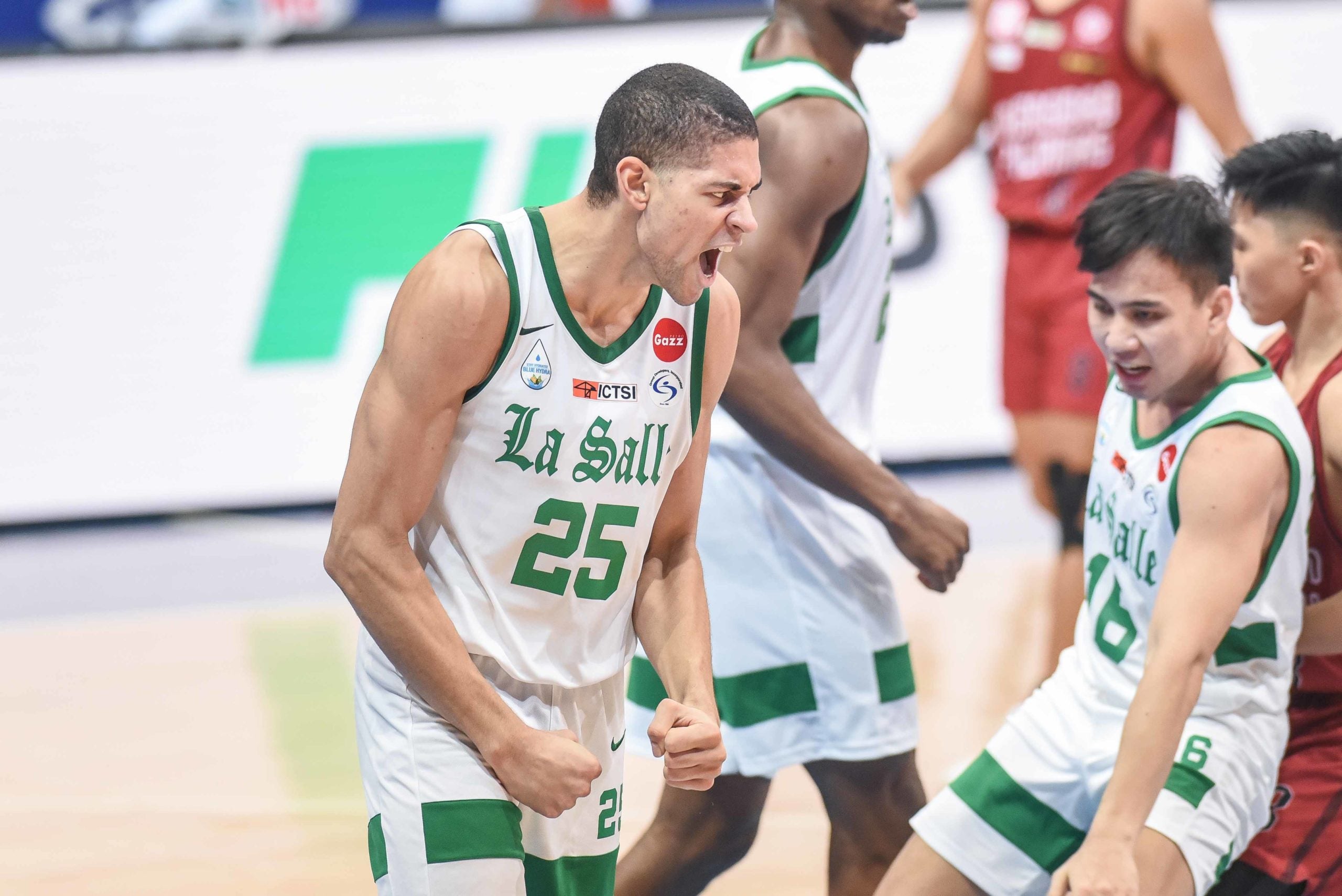 MANILA, Philippines — Determined to lead the way for La Salle, Michael Phillips hopes to set a good example to his teammates in the UAAP Season 85 men’s basketball tournament, which opens on Saturday at Mall of Asia Arena.

As a sophomore, the 6-foot-8 center wants to embrace the leadership role this season after the departure of their former main man, Justine Baltazar, and senior Kurt Lojera.

“It’s my second season. I want to be the leader of the team,” said Phillips in Filipino. “It’s something that I’ve been saying since the last season ended and it’s something that I really want to add to my game and egg my teammates to be great in their own way, really use my experience to help them.”

The Filipino-American big man, who tallied 8.13 points, 12.0 rebounds, 1.31 blocks, 1.25 assists, and 1.06 steals in his rookie season, earned the mythical five award as a silver lining to their heartbreaking loss to University of the Philippines in the Final Four.

During the press conference last Wednesday,  the coaches were asked about the possible MVP contenders this season. And Phillips was on top of the mind of Ateneo head coach Tab Baldwin.

But the sophomore Green Archer is taking the praise in stride, keeping his focus on helping La Salle reach the top of Season 85.

“Definitely I’m very grateful for many praises and many things, but we kinda used everything as motivation and it brought the team together. For what we went through this offseason and just put up with everything just bonded the guys,” he said.

La Salle emerged as a title contender this season after it ruled the PBA D-League Aspirants’ Cup, settled for bronze in the FilOil EcoOil Preseason Cup, and trained in Japan for more tune-up games.

“As what Evan (Nelle) said, our team bonding has really improved this season. It’s something that we have every game, we’re having fun playing together, and it’s nothing better than being with the guys,” Phillips said.

Although they are considered as one of the teams to beat this season, Phillips is not letting the preseason achievements and praises get to their heads.

“We’re still a young team but we have one year of experience. Just staying together, know who you’re playing for, play for the Animo spirit, and that’s something we can use as fuel,” he said. “Hopefully, we’ll see more of the community here and that’s something that will give us the fuel to take it all the way.”

The Green Archers begin their campaign against the UP side that broke their hearts last season.