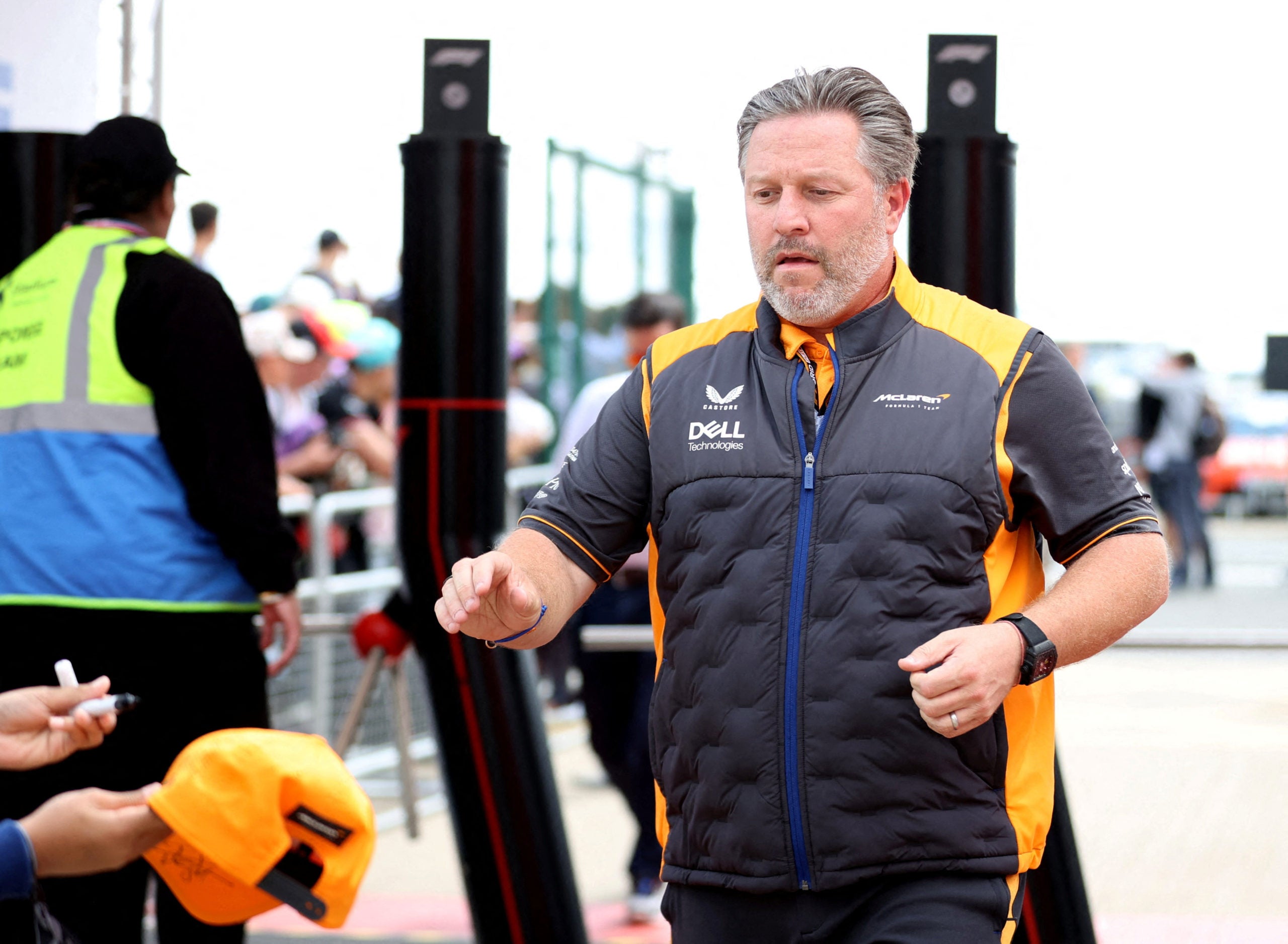 Formula One does not need an American driver to boost the rapid growth of the sport in the United States, McLaren Racing Chief Executive Zak Brown told Reuters on Friday.

“I think the sport is going to continue to grow in America with or without an American driver,” Brown, an American himself, said ahead of this weekend’s Singapore Grand Prix.

“I think an American driver in the sport will be additive, but I don’t think it’s a necessity.”

The U.S. is a growing market for Formula One both in terms of viewership and money brought in by big corporate sponsors. Its commercial rights are owned by U.S.-based Liberty Media.

The sport, which will have three U.S. races next year, including a new night-time grand prix in Las Vegas, last had a U.S. driver in 2015, with Alexander Rossi.

Herta, who has previously tested in McLaren’s 2021 F1 car, lacked the necessary points for a super-license needed to enter Formula One.

“I respect that the rules are the rules, so I don’t think we should be in the business of making exceptions,” Brown said, echoing similar comments from other Formula One team bosses including Mercedes boss Toto Wolff and Haas team principal Guenther Steiner.

However, Brown added that a revision of the rules may be necessary in the future to grant successful IndyCar drivers an easier path into Formula One.

“When you have someone like Herta who is clearly capable of being a Formula One driver, who has been in our Formula One car, who has won lots of races in IndyCar and he doesn’t qualify, you have to look at the rules and question whether the rules should be reviewed again, and I think they should.”

Part of the reason why Brown does not think an American driver is necessary for Formula One is because the sport has already made huge inroads with U.S. audiences thanks to the Netflix docu-drama series “Drive to Survive”, which is credited with bringing in new and younger audiences.

The growing U.S. popularity has pulled in a raft of new sponsors to McLaren including Google and Goldman Sachs.

“Netflix and the growth of Formula One in America is what put Formula One on their radar,” Brown said.

The McLaren boss added that he was fielding calls every week from American groups and individuals “very serious” about investing in Formula One, but that McLaren were currently not looking for any new investors.

“The hard part for a future investor is going to be finding a team that’s interested in bringing on investment because the teams are very healthy. That’s ultimately going to drive up the value of the franchise because the demand is far greater than the supply.”

Feels like America has accepted Formula One, says Hamilton