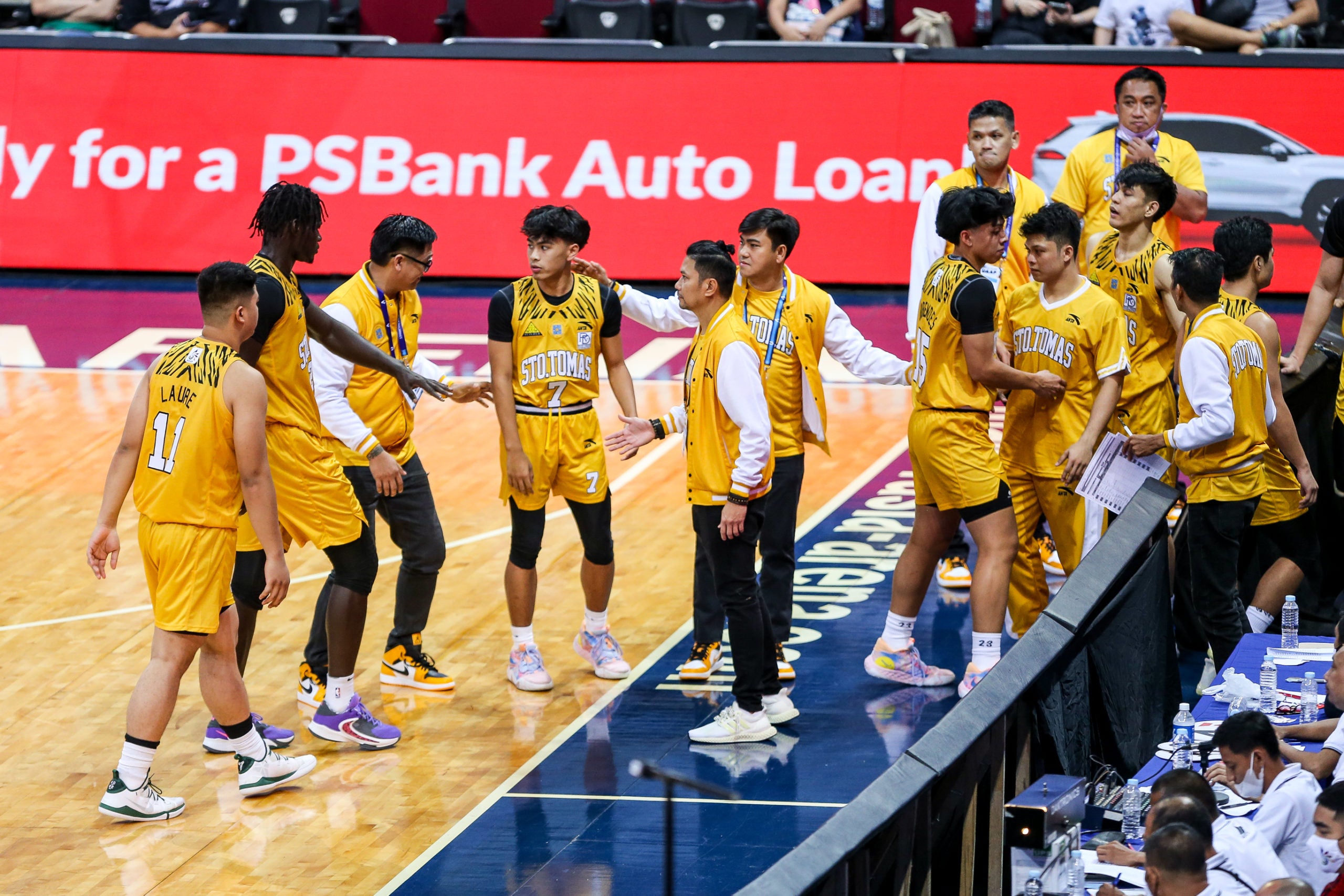 Head coach Bal David and the UST Growling Tigers during their game against the Adamson Falcons in the UAAP Season 85 men’s basketball tournament. Photo by Tristan Tamayo/INQUIRER.net

MANILA, Philippines—New UST coach Bal David wore a smile of a giddy kid when asked about his charges wearing a near-exact copy of the 1993 Growling Tigers uniform.

Understandably so. He was, after all, part of that fabled squad that blew away the competition and swept the men’s basketball tournament—one of the only four schools to pull off such a feat.

And then it hit him: There’s also immense pressure that comes with the reference, especially considering the crop of players that he has.

For their part, this current edition of the Growling Tigers looked worthy on Saturday afternoon, launching their Season 85 campaign with a rousing 69-60 victory over host Adamson at Mall of Asia Arena in Pasay City.

David said that legendary UST run was the farthest from his mind when he was priming his wards against Adamson, telling them to “just have fun.”

What David also did was to just echo the lessons he picked up from the late Aric del Rosario, his college mentor.

“If he gave you minutes, you have to play your heart out. One minute, 30 seconds? Give it your all. And that’s what I keep on telling them: Give it all on the floor. That’s it,” he added.

Nic Cabañero was without a doubt a picture of that mantra, putting up 33 points to become the first UST player to breach 30 points since Marvin Lee back in 2018. The sophomore from Cebu also added four assists, two rebounds and a steal to his name.

“You have to give the kids freedom to play. But at the same time, they should also play as brothers. That’s what I picked up from coach Aric. One of the many lessons I learned from him,” David said.

A star both at the college level and the pros, David also knows all too well that Sunday’s victory is just one in many more UST hopes to snare as the season plods along.

And maybe, just maybe, this iteration of the Growling Tigers can match that feat. Who knows?