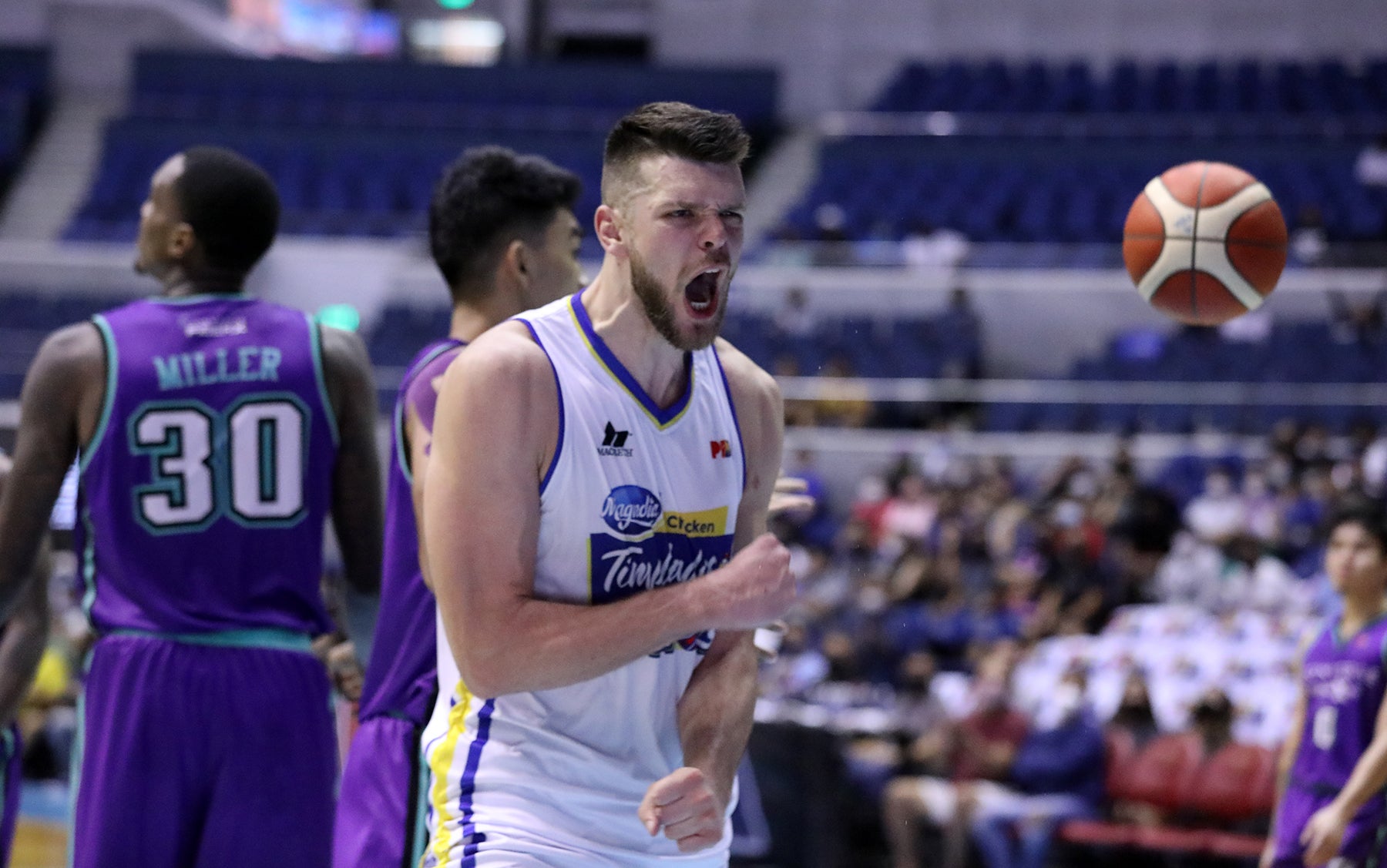 MANILA, Philippines-Magnolia overcame the pesky challenge of Converge and produced a 109-105 victory to make it two wins in a row to open the PBA Commissioner’s Cup on Saturday at Smart Araneta Coliseum.

Mark Barroca played through a broken finger while Paul Lee, Jio Jalalon and import Nick Rakocevic also stepped up when needed as the Hotshots prevailed despite a back-and-forth battle that once saw them fall behind by 14 early in the fourth.

Barroca scored 19 points, making 11 in the third, while Lee and Jalalon added 20 and 15 after combining 17 in the payoff period that helped Magnolia’s cause.

Rakocevic overcame his struggles to eventually lead all Hotshots scorers with 21 while hauling down 24 rebounds.

“We expected Converge to tire us out because of their running game,” said Magnolia coach Chito Victolero, still with a walking boot after hurting his Achilles in a pickup game.

“Our reward is that we were able to get the win even if we’re tired and it’s a good feeling going home,” he added.

The Hotshots shook off a 38-point performance from FiberXers import Quincy Miller as they denied Aldin Ayo a 2-0 start in his big league tenure.

Rookie center Justine Arana also had a strong showing with 14 points and nine rebounds for Converge.

The game had eight ties and 11 lead changes, with Converge holding an 87-74 lead before Magnolia made a run.