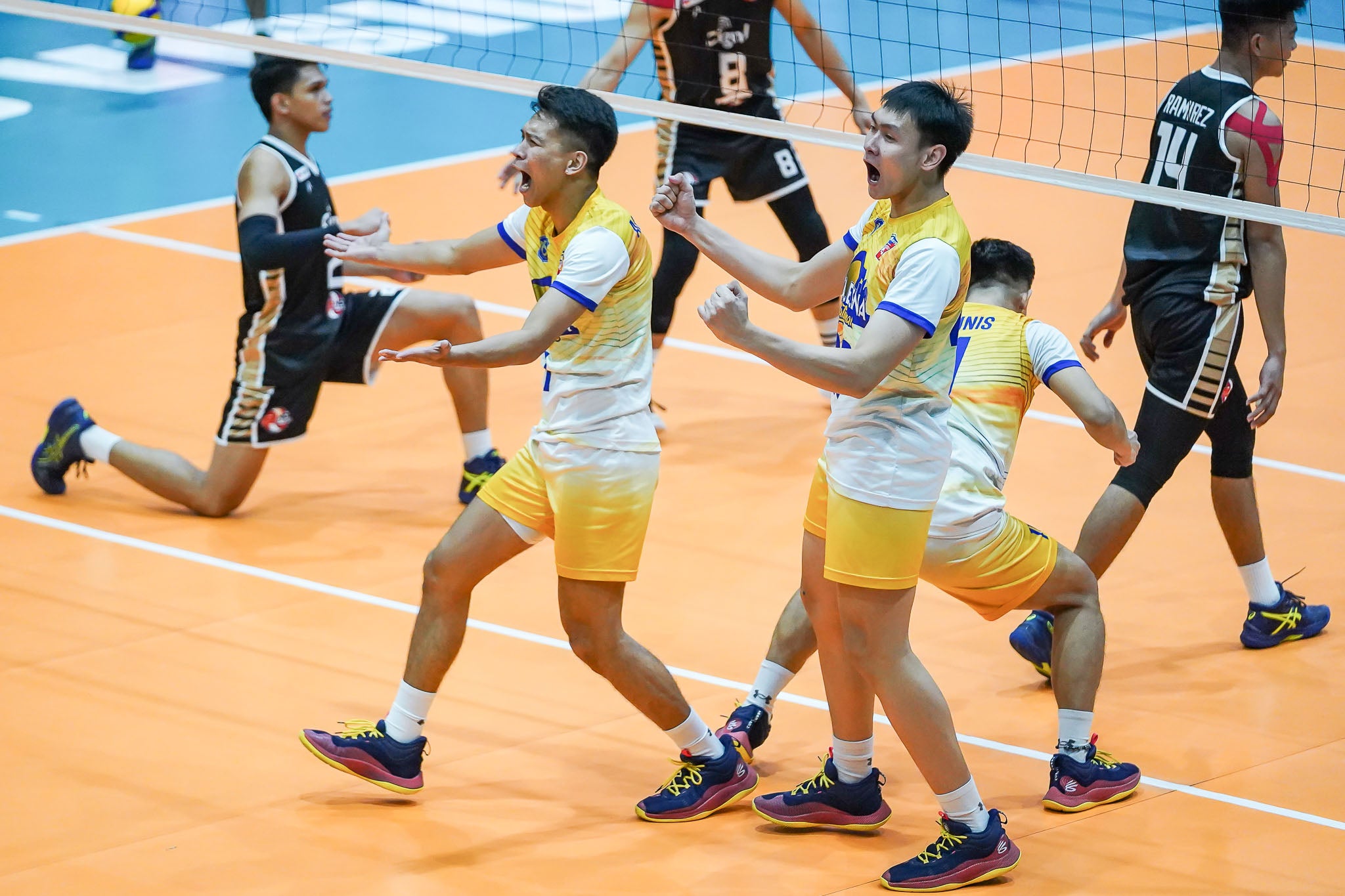 National University (NU)-Sta. Elena gave a glimpse of what can be expected of it when the collegiate volleyball season rolls around.

The Nationals, who came out steadier when the moment grew bigger, came through with a 25-18, 23-25, 25-23, 25-23 Game 2 victory Saturday and swept Cignal HD for the Spikers’ Turf Open Conference crown at Paco Arena.

The HD Spikers swept the Reinforced and Open conferences in 2019 before Spikers’ Turf was shelved due to the coronavirus pandemic.

After dominating the elimination round and sweeping the semifinals, NU can now shift its focus to the UAAP volleyball wars, where the team, which will revert to its Bulldogs moniker, will be the favorite for the title.

Led by tournament MVP Nico Almendras, Buddin, Ken Malinis and best setter Ave Retamar, NU showed it can measure up against the best in men’s volleyball, picking apart a Cignal squad powered by the likes of Marck Espejo and Ysay Marasigan.NU took the opener of the best-of-three series, 25-21, 20-25, 25-23, 25-18.

Jau Umandal, the league’s leading scorer, played sparingly for the Sealions, but his teammates stepped up as Ronniel Rosales led the collective effort with 15 points to beat the Griffins in an hour and 50 minutes.

Navy captain Greg Dolor delivered 13 points to complete a series sweep, following a 25-20, 25-19, 25-21 victory last Thursday. Joeven Dela Vega and Peter Quiel added 12 points each to give their team its first podium finish in the tournament.

“We’re so happy because Navy has been playing in the league for a long time but it always fails to reach the podium,” said Dolor in Filipino. “Our team only had two months to prepare but we’re happy that we fought hard until the end.”