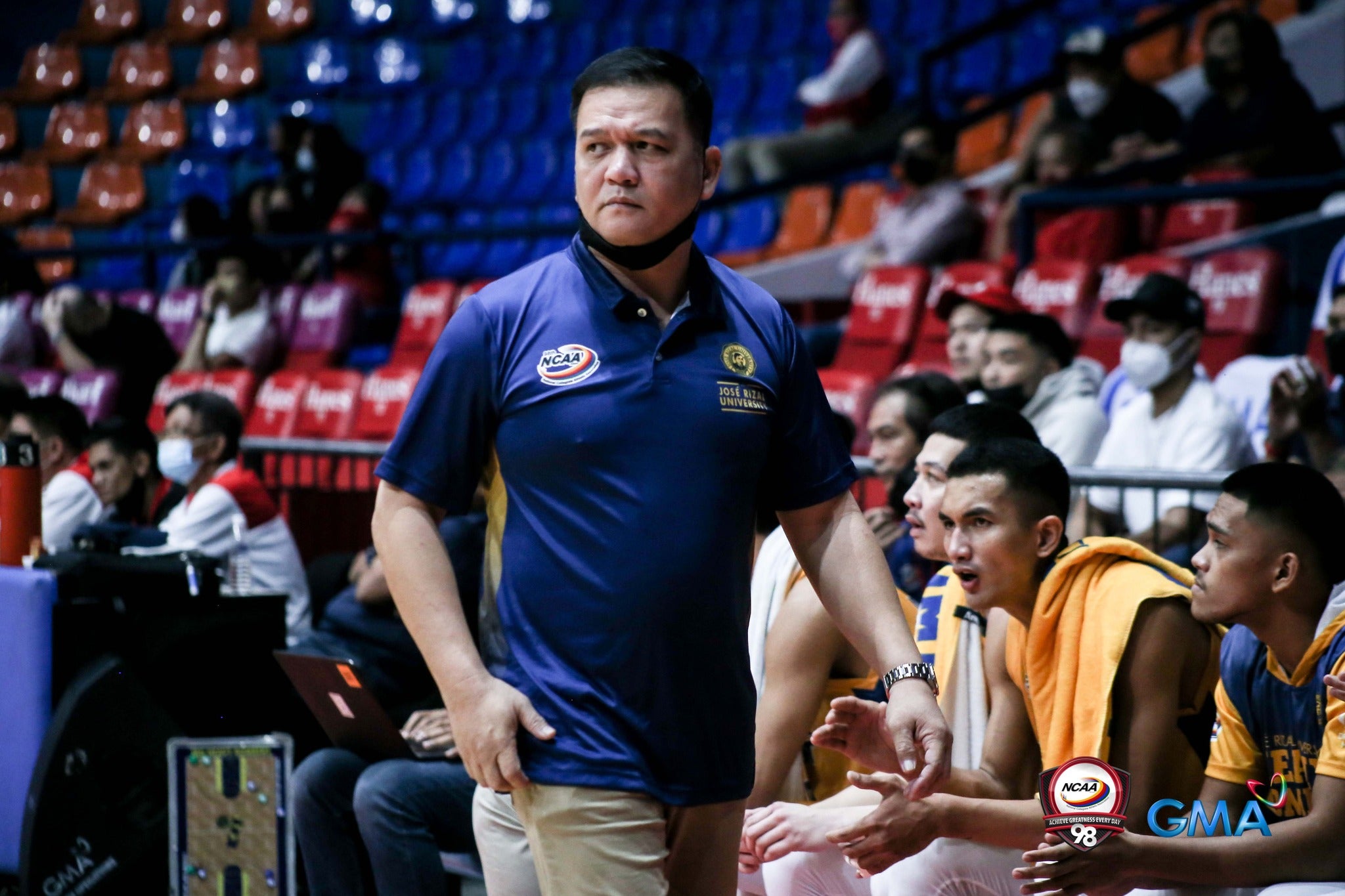 MANILA, Philippines—As the first round nears its end, Jose Rizal University is bracing for one of its toughest games of the season.

Heavy Bombers head coach Louie Gonzalez said their next affair against a red-hot Lyceum side will be a “dogfight.”

“It’s gonna be a dogfight. We’re both almost the same. We expect them to grind it out with us until the final buzzer,” Gonzalez said after his team’s 83-80 win over San Beda on Tuesday.

The Pirates currently share first place with College of St. Benilde with similar 5-1 records while the Heavy Bombers hold a 4-2 slate to tie the Red Lions in third.

Gonzalez doesn’t see JRU’s defense as something to worry about heading into the clash with Lyceum.

The depth, however, is a cause for concern.

“The defense is there already. We always want to wear down their offense,” he said.

“What I need to work on are my combinations of players. That’s where my depth will be seen, who will be the next man up? It can’t always be Agen, Ry Dela Rosa, John Amores, Delos Santos and Sy,” he said.

The showdown between JRU and Lyceum is set on Friday, 3 p.m. at San Juan Arena.