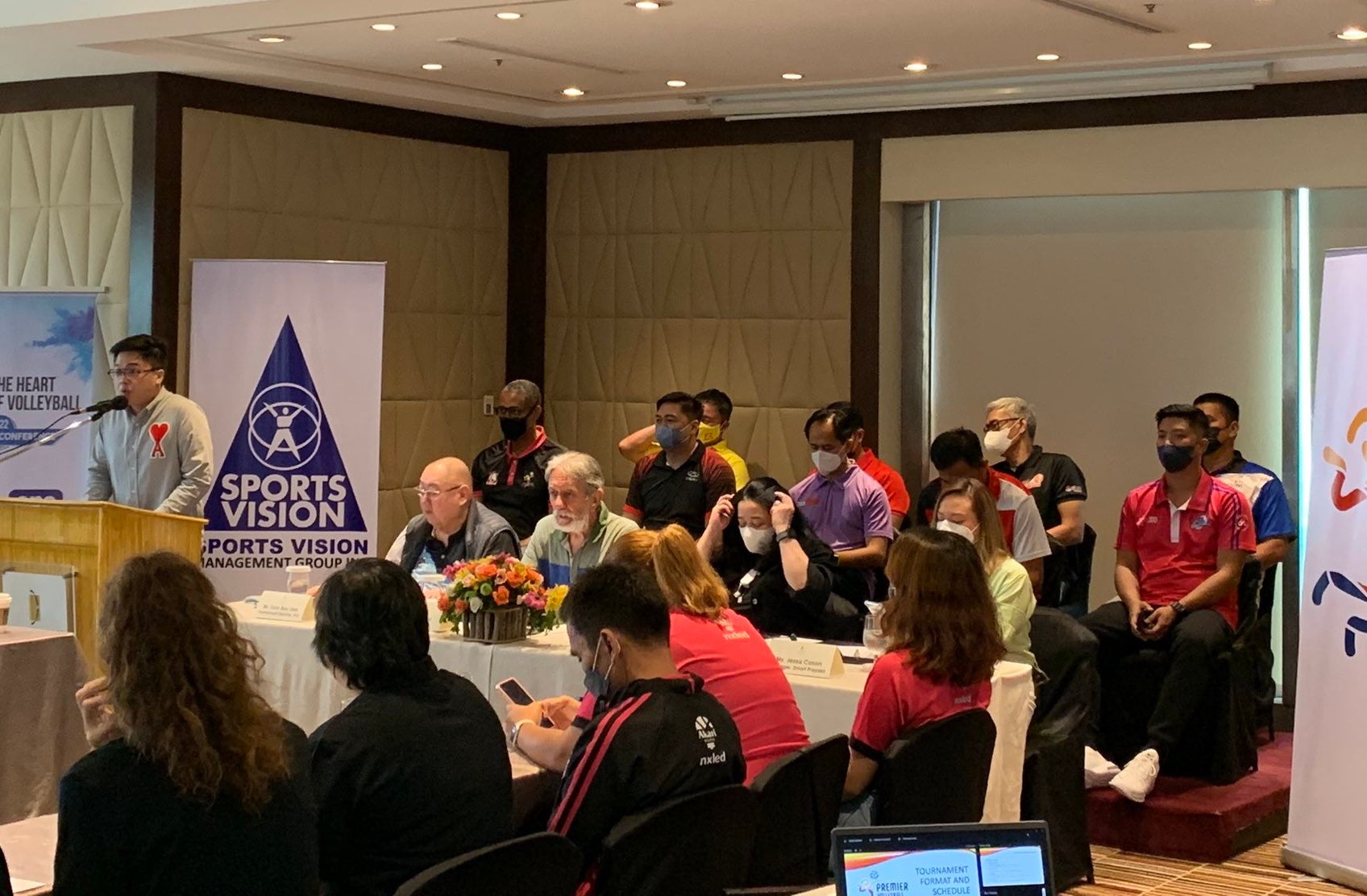 MANILA, Philippines — The Premier Volleyball League (PVL) is introducing a video challenge system in the return of the Reinforced Conference for the first time in three years.

PVL president Ricky Palou said they have already ordered the equipment for the challenge system but it is unlikely to arrive on Saturday for the opener at Santa Rosa Sports Complex in Laguna.

“We have already ordered and paid for the video challenge,” said Palou during the press launch on Wednesday at Discovery Suites. “I think that was the end of July or August but they haven’t delivered it. I don’t know, for some reason, they’re saying that the cameras are not ready but the order has been there, they promised to deliver it, and we’re still waiting for it.”

“But we will definitely have a video challenge and we’re just hoping that it will get here in time for the opening,” he added.

“We will miss a few games but it will be here,” Fateh said. “We will definitely, one hundred percent, certainly have the video challenge. Would it be delayed? Probably. Most likely about a week or maybe 10 days delayed. The main story was there is a global shortage of semiconductors. The last piece of news that I got was that it will be shipped on Wednesday. We have asked for it to be shipped on the fastest (shipping company) available. I anticipate it will take three to four days to arrive here, three to four days to get it cleared from customs.”

PLDT and United Auctioneers-Army kick off the return of the Reinforced Conference at 2:30 p.m. on Saturday, while Akari makes its debut against Cignal at 5:30 p.m.

The Power Chargers head coach Jorge Souza de Brito said his young team is far from being a favorite, but they are eager to pull off a surprise in their first professional tournament.

“We’re not still the favorites, even the national team and even the Akari club. But I guess in the future we can. Right now, I’m very honored to be part of this PVL tournament,” said the Brazilian coach, who is also calling the shots for the Philippine women’s volleyball team. “It’s a challenge for us and also for the players. We’re gonna do our best and try to make some surprise.”

All eyes are on the past two conferences champion Creamline and F2 Logistics, which missed the previous Invitational conference.

“Team to beat, of course, the champion last conference, Creamline, because of their international exposure and intact lineup. The comeback of F2. We’ll have a very competitive tournament here. All teams are getting that high level because of their imports. I’m telling my import also, the competition is way up there so we are also learning from them,” said Almadro, who is leaning on Uzbek-Azerbaijan Odina Aliyeva.

“Considering how many years that we didn’t have an import, it’s the first time again to have a high-level tournament. Hoping for the best for our team and health for all the teams,” he added. 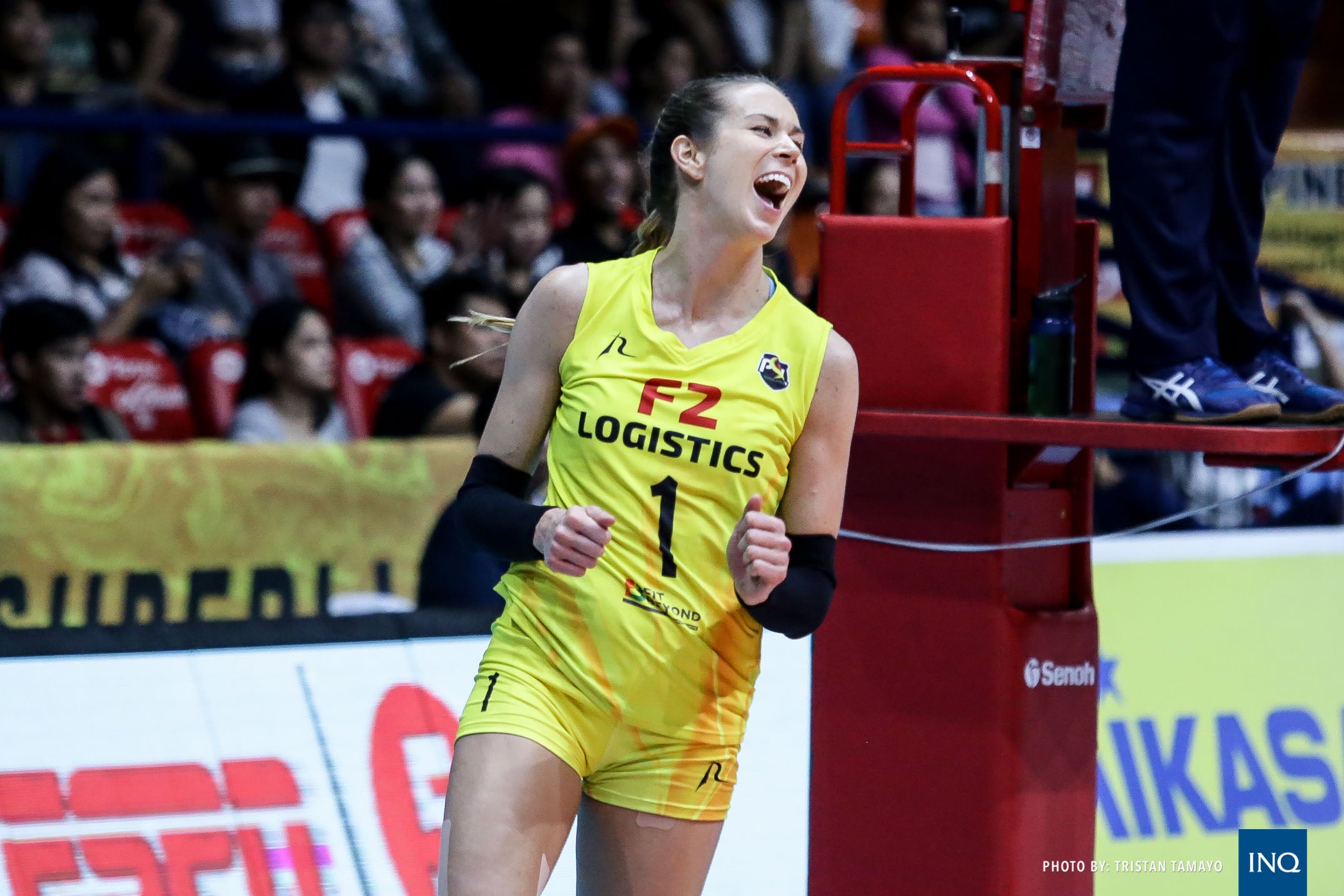 The Cargo Movers, who are bringing back Lindsay Stalzer and Kalei Mau, return to action on October 11 against Chery Tiggo at PhilSports Arena at 2:30 p.m. Defending champion Petro Gazz is also starting its title-retention bid after three years as it battles Choco Mucho at 5:30 p.m.

Creamline, which represented the country last AVC Cup and Asean Grand Prix, begins its grand slam bid against PLDT on Thursday at the same venue in Pasig City with Yeliz Basa teaming up with Alyssa Valdez, Tots Carlos, and Jema Galanza before F2 Logistics and Choco Mucho clash in an early marquee match.

The top four teams after the single-round eliminations on November 19 will advance to the semifinals round, which will be played in another single round-robin format.

The top two teams of the semis round will clash in a best-of-five finals series for the first time in league history, while the third and fourth seed squads will fight in a best-of-three bronze series.