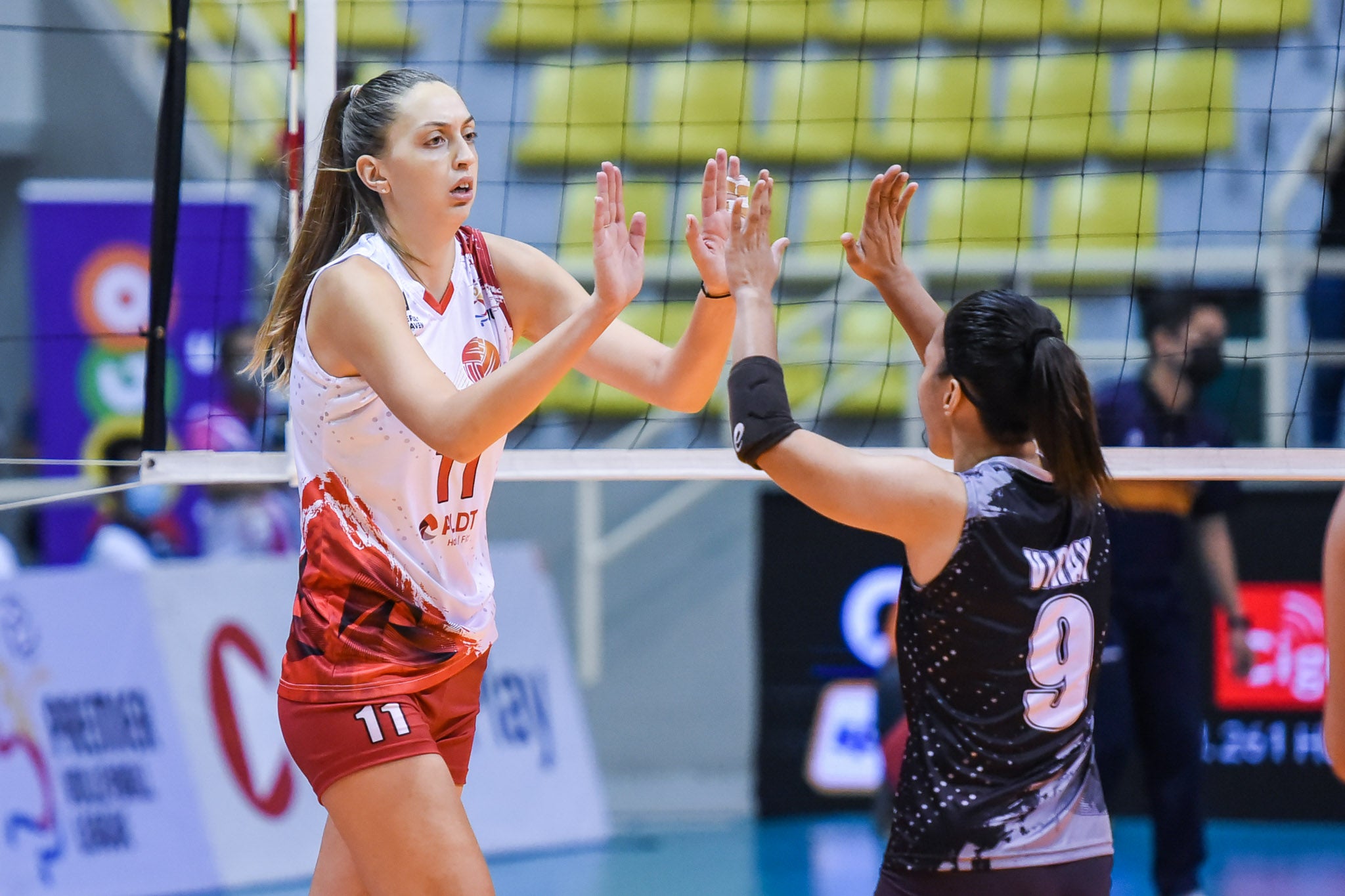 SANTA ROSA, Laguna — Even Elena Savkina-Samoilenko was at the back row in the crucial moments of the fifth set, PLDT coach George Pascua still designed the plays for their Russian import, who didn’t disappoint and put on the finishing touches to deliver their first win in the Premier Volleyball League Reinforced Conference.

When Samoilenko rotated to the back row after averting a slow 1-5 start and tying the decider to 8-all, the High Speed Hitters’ setter Rhea Dimaculangan was still setting the plays for their import, which was the instruction of Pascua in their first game.

And the 6-foot-4 outside spiker didn’t disappoint.

“My instruction to Rhea was to maximize our import,” said Pascua in Filipino. “Even she was at the back row. Our plays are still designed for her as long as she can kill the ball. That’s why my instruction for her (Samoilenko) was not to focus on receiving.”

Pascua was impressed with the Russian, who finished with 32 attacks, two blocks, and an ace on top of 12 digs, playing like its not her first time in the Philippines.

“I’m overwhelmed. Being an import here is not that easy. But she has already achieved (35 points and a win) for our team. Hopefully, by the next game, she and our team can achieve more things.”

PLDT’s next game is going to be an acid test as it battles the season’s back-to-back champion, Creamline, led by Turkish import Yeliz Basa, on Thursday at Philsports Arena.

So far, so good for the High Speed Hitters coach after Samoilenko’s stellar debut, but he wants the locals to step up.

“So far, so good (for Samoilenko) but we need the support of the locals because it will be hard for us without their support,” Pascua said. “We are excited to face Creamline because they are the champion team. It’s an opportunity for us but our goal is to win one game at a time.”