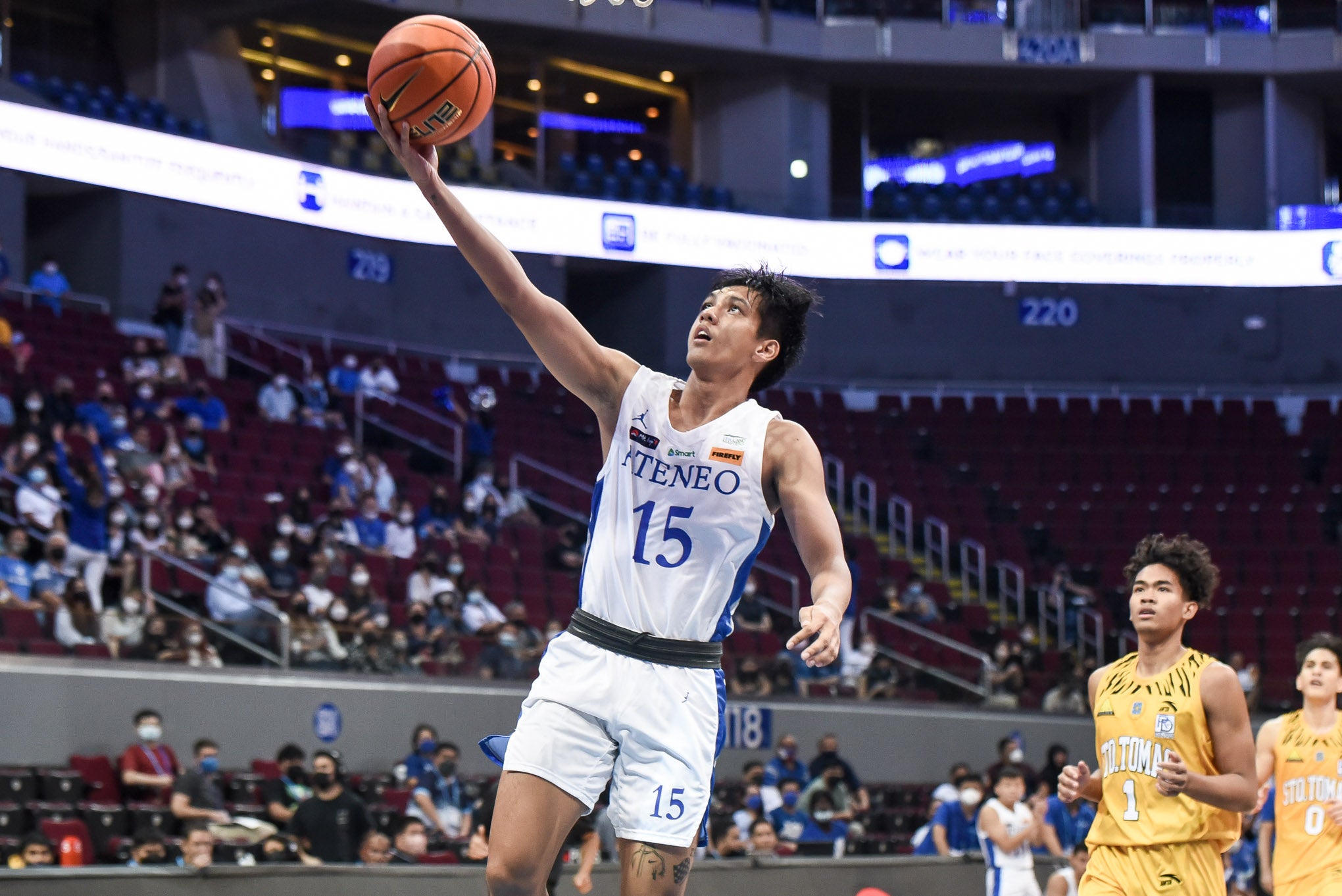 MANILA, Philippines–Ateneo needed only a short burst of gunfire in a cold stretch fresh in the second half to demolish University of the Santo Tomas, 79-52, on Wednesday at the UAAP Season 85 men’s basketball tournament.

Forthsky Padrigao helped the Blue Eagles extricate themselves from a stiff skirmish with the Growling Tigers together with Dave Ildefonso and Kai Balungay in redeeming themselves from a piercing defeat recently against arch nemesis La Salle.

The Blue Eagles quickly jumped the gun on the Growling Tigers from the dugout, opening a 13-point cushion that they were able to sustain despite the massive amount of physicality of the floor.

“It was a tough, physical game. You expect that from UST and they are battling for respectability right now and they deserved that with how hard they played,’’ said Ateneo coach Tab Baldwin.

Geo Chiu got into a tough battle under the rim and even received an elbow from Adama Faye, who was penalized with an unsportsmanlike foul, the UST bigman’s fifth that sent him out of the game for good.

Padrigao recovered from an awful output against the Green Archers by scoring 20 points this time while Ildefonso likewise found his range during their outbreak and finished with 10 points and nine rebounds.

“In the second half, these guys (Padrigao and Ildefonso) stepped up in the leadership role and they started to hit their shots. All of a sudden, we started to play better and then the score blew out a little bit,’’ said Baldwin.

The Blue Eagles’ bounce-back victory netted them a third victory in four games while the Growling Tigers dropped to 1-3 with Nic Cabanero scoring 12 points and Ivan Lazarte adding 11.

“It was a good win for us in the end against a good team that had the fighting spirit today,’’ said Baldwin.

UAAP: Ange Kouame not letting knee injury get in the way of leading Ateneo