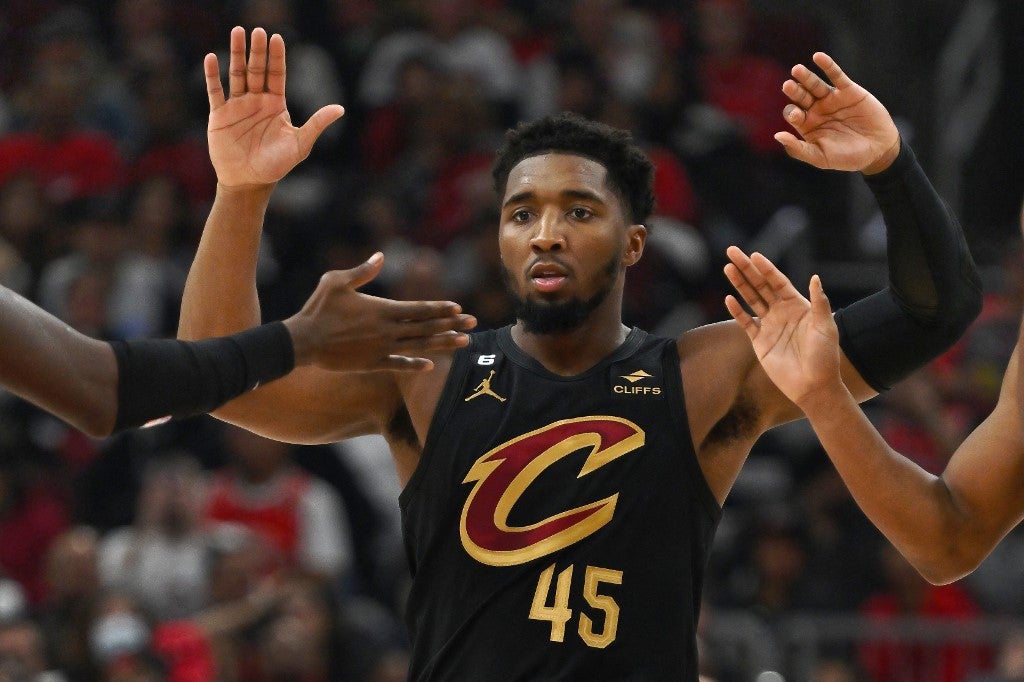 Donovan Mitchell #45 of the Cleveland Cavaliers celebrates with teammates after dunking the ball in the second half of the game against the Chicago Bulls on October 22, 2022 at the United Center in Chicago, Illinois. Cleveland defeated Chicago 128-96. Jamie Sabau/Getty Images/AFP

Donovan Mitchell collected 32 points, nine rebounds and eight assists to fuel the visiting Cleveland Cavaliers to a 128-96 victory over the Chicago Bulls on Saturday.

Mitchell made 10 of 19 shots from the floor — including 4 of 6 from 3-point range — to stake the Cavaliers to their first win of the season. The prized offseason acquisition erupted for 31 points and nine assists in Cleveland’s 108-105 season-opening loss to Toronto on Wednesday.

The Cavaliers didn’t miss a beat despite playing without All-Star Darius Garland, who sustained a lacerated left eyelid during Wednesday’s game. Cleveland shot 56.5 percent from the floor (48 of 85) and 59.3 percent from 3-point range (16 of 27).

Chicago’s Zach LaVine made 9 of 16 shots and finished with 23 points in his season debut. The two-time All-Star missed the team’s first two games due to knee injury management.

Nikola Vucevic had 16 points and DeMar DeRozan added 13 before being ejected in the fourth quarter for the Bulls, who lost both ends of a back-to-back set.

Cleveland scored seven of the last nine points of the first quarter and 19 of the first 28 in the second to claim a 53-34 lead. Mitchell and Osman each drained a 3-pointer in the second quarter before Jarrett Allen’s layup capped the surge.

Vucevic sank a 3-pointer on back-to-back possessions and DeRozan added a pair of free throws to trim Cleveland’s lead to 80-71 midway into the third quarter.

Mitchell, however, halted the momentum with a short jumper and a pair of free throws.

The Cavaliers outscored the Bulls by a 35-17 margin in the fourth quarter to seal the victory.

NBA: Raptors rally in fourth to clip Cavaliers in opener