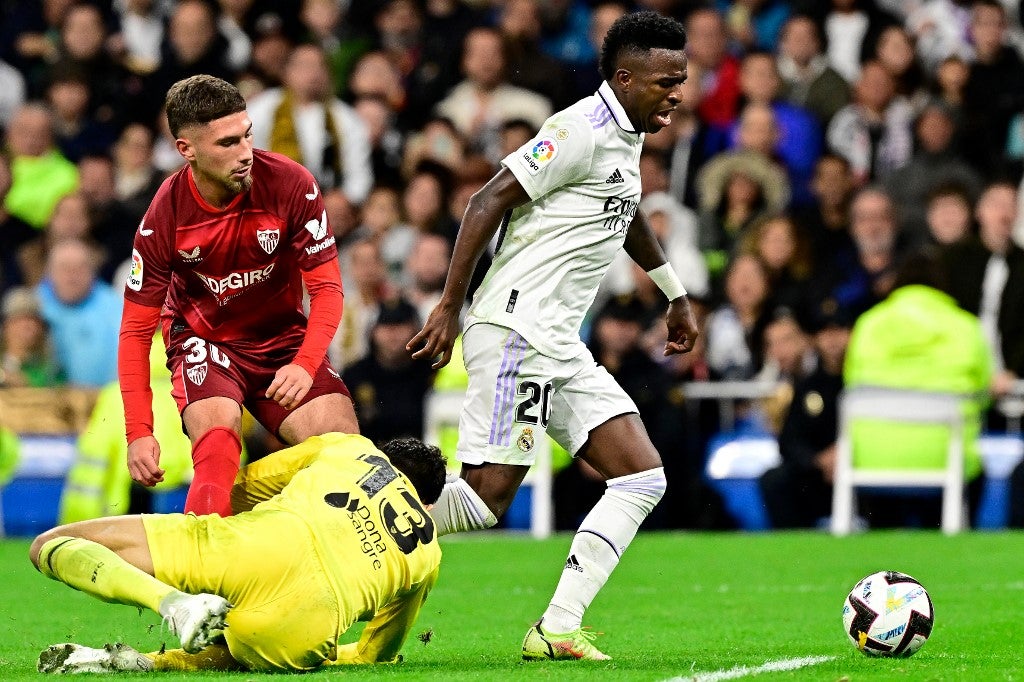 The 22-year-old Brazilian was a victim of abuse in September when Atletico Madrid fans were filmed directing racist chants at him outside their Wanda Metropolitano Stadium ahead of their game against Real.

“If you hurt other people, you must pay,” Vinicius told Brazilian TV Globo on Sunday.

“It’s hard to say that (racism in soccer) will end with so many people still doing it. But I like to believe that there are more good people than bad.

“All the racist people must pay in some way. If they like to watch soccer, so those Atletico Madrid fans should never be allowed to step foot in a stadium again.

“That will make them suffer the consequences and reflect about their actions.”

Atletico and LaLiga condemned the abuse directed at Vinicius in the build-up to the Madrid derby, which Real won 2-1.

Local media also reported that monkey noises and chants of “Vinicius, die” were heard throughout the game.

Atletico said they are collaborating with authorities to identify the abusers who would be banned by the club.

The Prosecutor’s Office of Madrid is also investigating the case.

Pele, Neymar and other leading Brazilian figures defended Vinicius that same week after a pundit on a Spanish soccer show said the Brazilian was not respecting his opponents with his celebrations, comparing his behavior to a monkey.

Vinicius published an emotional two-minute video statement in response to what he called a “xenophobic and racist” insult, saying he “won’t stop dancing” and that “the happiness of a black Brazilian being successful in Europe bothers” many people.

Real Madrid released a statement supporting their player and declaring they will take legal action against the pundit.