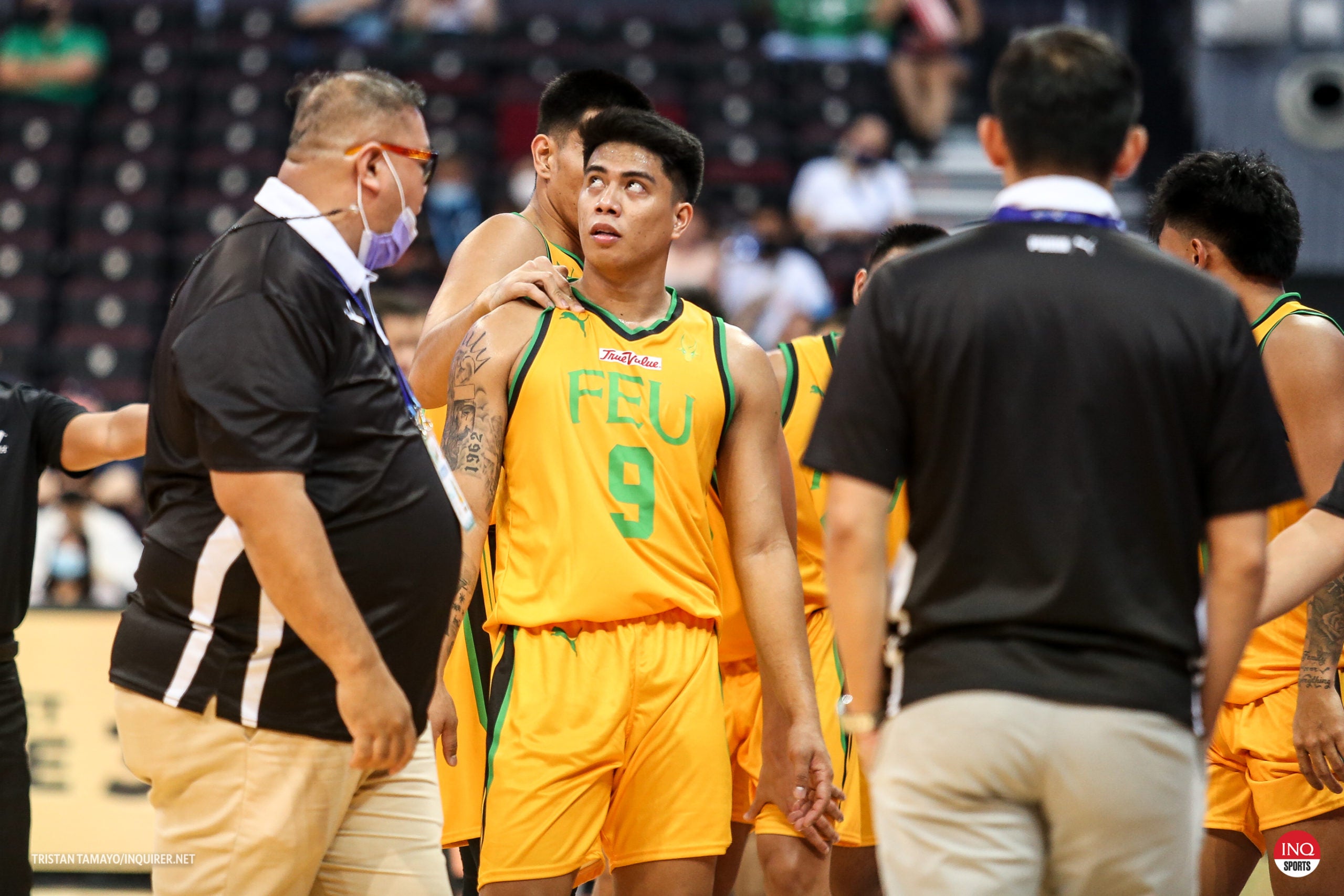 MANILA, Philippines — After Far Eastern University suffered its worst 0-5 start over the past two decades, Bryan Sajonia put a glimmer of hope on their dimming Final four chances as he stepped up to win their last two games of the first round in the UAAP Season 85 men’s basketball tournament.

Despite their worst in the Final Four era, the Tamaraws who own the UAAP’s longest active playoff streak — eight straight seasons — stayed locked in and strung a couple of big wins with a 75-60 rout of University of Santo Tomas, followed by a 47-44 upset of former top-ranked team National University.

Leading the comeback in that stretch is Sajonia, who helped carry the Tamaraws’ offense with 23 points on a perfect 9-of-9 clip inside the arc against the Growling Tigers and 12 points as the game’s lone double-digit scorer versus the Bulldogs.

His two-game averages of 17.5 points on 45% shooting, 3.0 rebounds, and 1.5 assists in under 26 minutes of play proved to be enough to earn him the nod as the Collegiate Press Corps UAAP Player of the Week.

The scrappy Sajonia leapfrogged a loaded cast of candidates featuring Adamson’s Jerom Lastimosa, Ateneo’s Dave Ildefonso, University of the Philippines’ Carl Tamayo, and NU’s Steve Nash Enriquez for the weekly honor deliberated upon by print and online media regularly covering the league, and also presented by the Philippine Sports Commission.

“We’re happy because we got our first win. The support of the FEU community really made a huge impact on us. I think we finally got our break to help us win our upcoming games,” Sajonia said in Filipino

“Coach Olsen (Racela) keeps reminding us to stay confident with our shots, trust each other, and don’t be selfish. Because of our losing streak, we have to be more solid as a team.”

As FEU revived its playoff drive in the nick of time at the tail end of the first round, fans from Morayta for sure hope the worst is over as the Tamaraws (2-5) head into the second round in the thick of the race with only a game behind the Final Four picture.