Mixed emotions for Will Navarro in NorthPort debut | Inquirer Sports

Mixed emotions for Will Navarro in NorthPort debut 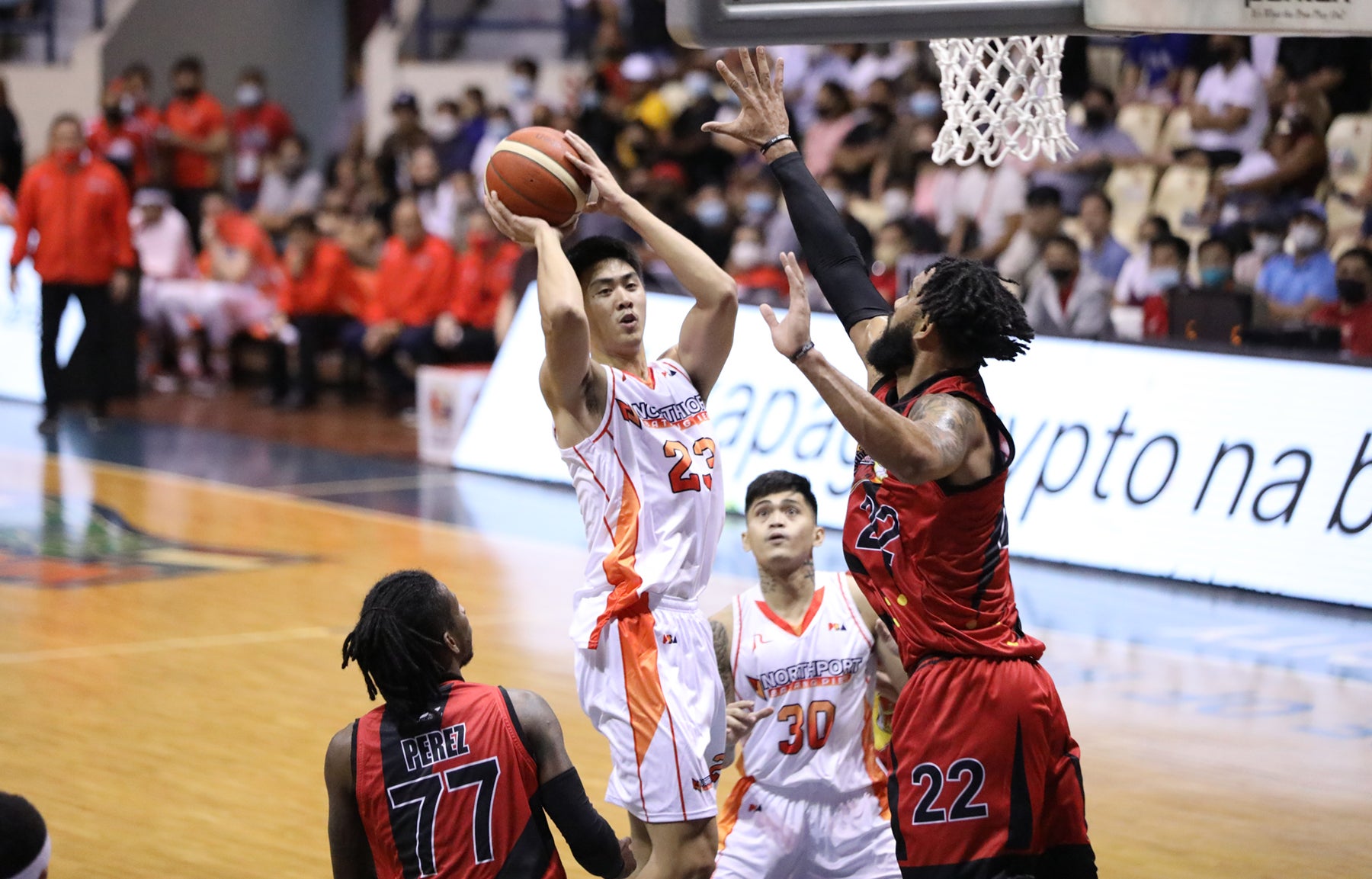 MANILA, Philippines–William Navarro felt a sigh of relief that he was finally back on the court, albeit in a PBA setting instead of being among the growing number of Filipinos plying their trade overseas.

“I was upset at first because it didn’t push through. But I have moved on,” Navarro said in Filipino after his PBA debut with NorthPort on Wednesday following a saga that saw a failed bid to play in South Korea.

Navarro had mixed emotions during the Batang Pier’s 104-86 loss to the San Miguel Beermen at Ynares Center in Antipolo City. He came off the bench and scored 14 points which exceeded his own expectations.

But the manner of how the Batang Pier exited the court dampened the occasion, which saw the former lanky Ateneo big man seeing action for the first time since July with Gilas Pilipinas in the Fiba Asia Cup.

“I thought I did okay, but not satisfied,” he said. “At least, I was able to contribute, to think that I haven’t played for a while. It was a sigh of relief that I finally played and also contributed to the team.

“But at the same time, I felt sad because we lost by a big margin,” added Navarro, who was picked by the Batang Pier in the special Gilas round back in the 2021 draft.

WATCH: William Navarro was glad to finally play after signing with NorthPort, but also expressed disappointment with his PBA debut ending up with an 18-point loss to San Miguel Beer."Thankfully, medyo okay okay yung ginawa ko, pero a loss is a loss," say Navarro. (via Jonas Terrado, Philippine Daily Inquirer)

The NorthPort stint came after a lengthy period of inactivity that initially saw Navarro inking a contract to play for the Seoul Samsung Thunders of the Korean Basketball League.

But that stint didn’t push through after the Samahang Basketbol ng Pilipinas, citing that Navarro still has a live contract with the federation to suit up for Gilas in Fiba competitions, blocked the signing.

“Me and my manager felt this (signing with NorthPort) was the best decision because I need to play,” he said. “I have not played since July and I feel like I’m no longer a basketball player.

“I’m happy that I finally got to play, but there’s also mixed emotions because we lost.”

Navarro hopes to be the spark NorthPort desperately needs at this point after the dismal loss that sent the Batang Pier down to 3-4 (win-loss) with a second straight defeat.

Spoiled by victories with Ateneo and Gilas, Navarro would like to avoid seeing the other side of the coin now he’s in a NorthPort uniform.

“Dapat adjust din kasi nakakahiya na tambak kami. Di ako sanay sa ganun (I’m not used to this kind of situation. We have to adjust because it was embarrassing to lose by a big margin),” Navarro said.