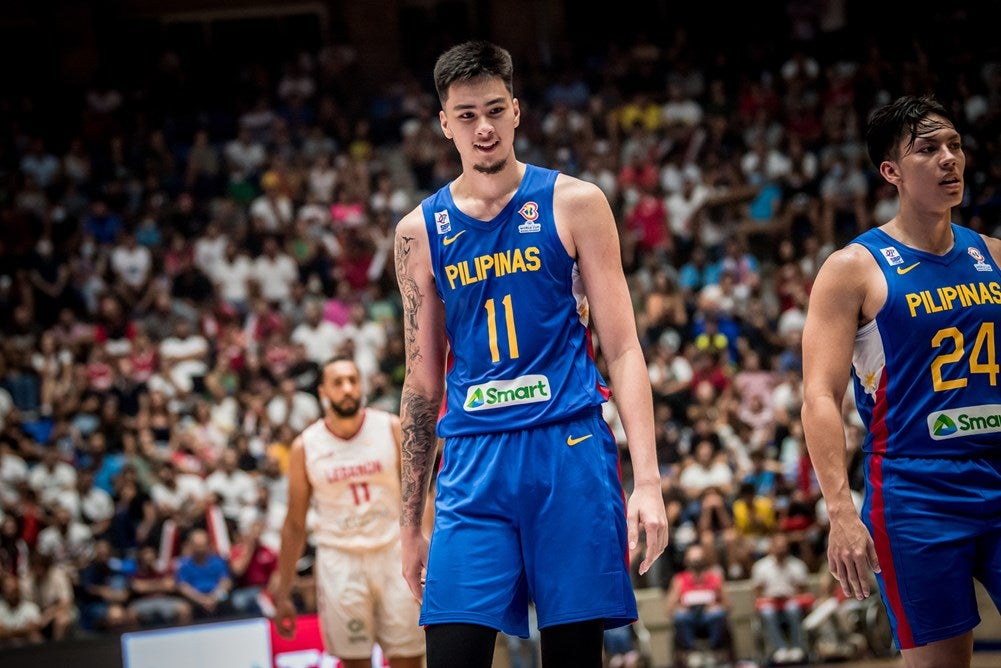 Gilas Pilipinas center Kai Sotto during a game against Lebanon in the fourth window of the Fiba World Cup Asian Qualifiers in Beirut. Photo by Fiba

National team veterans Poy Erram, Roger Pogoy, CJ Perez, the injured June Mar Fajardo, and first-timer Arvin Tolentino were also included in the selection from which the final roster against Jordan and Saudi Arabia will be determined.

Rounding out the pool are Will Navarro and free agent Francis Lopez.

Gilas leaves for Jeddah on Nov. 7 to play host Jordan on Nov. 10 (11 in local time). The Nationals then take on the Saudis in a rematch three days later.

The list is set to be submitted to Fiba’s Management and Administration Platform, according to the SBP.