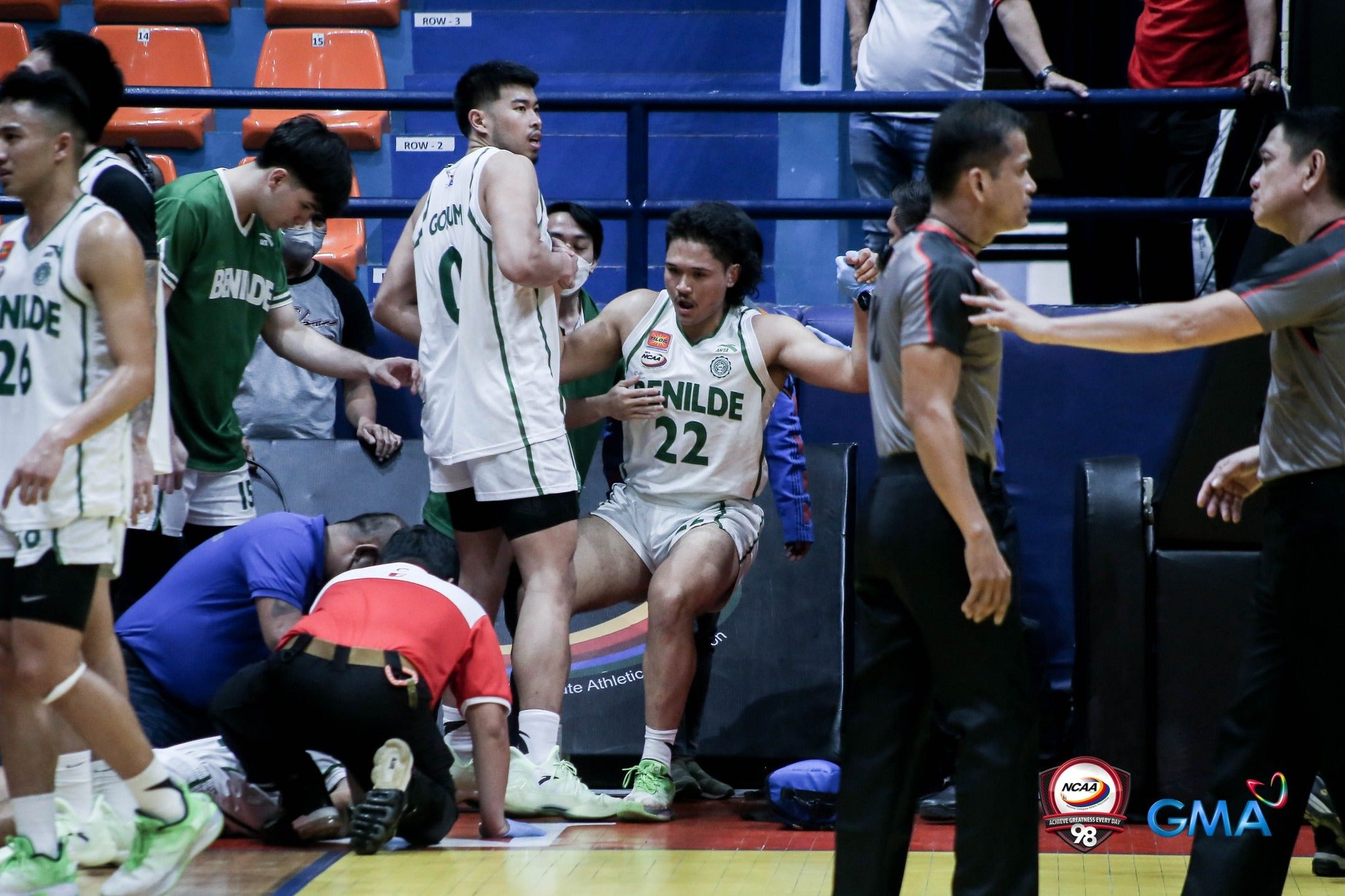 MANILA, Philippines—College of St. Benilde will send two of its players for physical examination after the scuffle between the Blazers and Jose Rizal University on Tuesday.

In the dying minutes of the game, John Amores of the Heavy Bombers went on a rampage and ended up hitting Jimboy Pasturan on the eye and Taine Davis on the chin, knocking him unconscious for a few minutes.

“Jimboy got a big black eye, Taine Davis got sucker punched and got dizzy for a while. Oczon, who was not doing anything, almost got punched. Thankfully, they’re okay but we’ll take them to the hospital to see if they sustained anything worse,” said Tiu after their premature 71-51 win.

According to Davis, he was trying to diffuse the situation but got punched out of nowhere.

“Amores got angry and he started going on a rampage, running towards our bench. I was trying to protect my teammates, I asked the ref, ‘what’s going on?’ and next thing you know, Jimboy got punched in the eye,” Davis said.

“I was just trying to break it up and next thing you know, I didn’t see where it was coming from but I got hit right in the chin,” he added.

Pasturan finished with a team-high 18 points while Davis only played for nine minutes and snagged two rebounds.

Prior to the NCAA’s 98th season, Amores also threw a punch at University of the Philippines’ Mark Gil Belmonte during a UCBL preseason tournament. The league has banned him indefinitely.

The NCAA has yet to release the sanctions for the scuffle but said it will investigate further. The Blazers, however, will remain solid in the second seed with a 10-3 record while JRU stumbled to a 6-7 card.