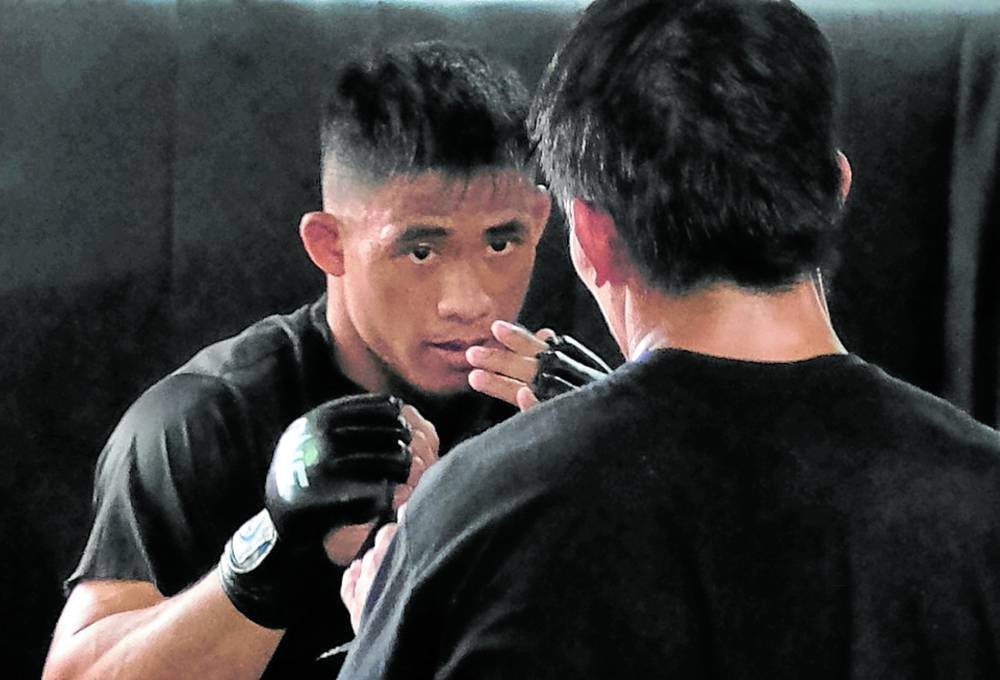 Stephen Loman trains for his fight against Bibiano Fernandes. —DENISON REY A. DALUPANG

LA TRINIDAD—Team Lakay stalwarts fly to the Lion City this weekend looking to polish their reputation in ONE Championship.

Two bantamweights of the famed Benguet fight stable will see action in the promotion’s Prime Video 4 card which will be held at Singapore Indoor Stadium Nov. 19.

Stephen Loman is staking his unbeaten run in what he calls the fight of his career. The 30-year-old striker is taking on former champion and grappling whiz Bibiano Fernandes in a clash that will have ranking implications.

“I know that this fight is going to be different from all those I’ve been in before,” the 16-2 Loman told the Inquirer on Wednesday shortly after a three-hour training session in Team Lakay’s headquarters in La Trinidad, Benguet.

“We all know that Bibiano’s reign was long. I think he had the longest ever in ONE. But I’m ready. Whatever his game plan is for me, I have something as a response,” he added.

Fernandes has long entered ONE’s hallowed grounds, having set the record for most title wins (11) and successful defenses (nine). INQ