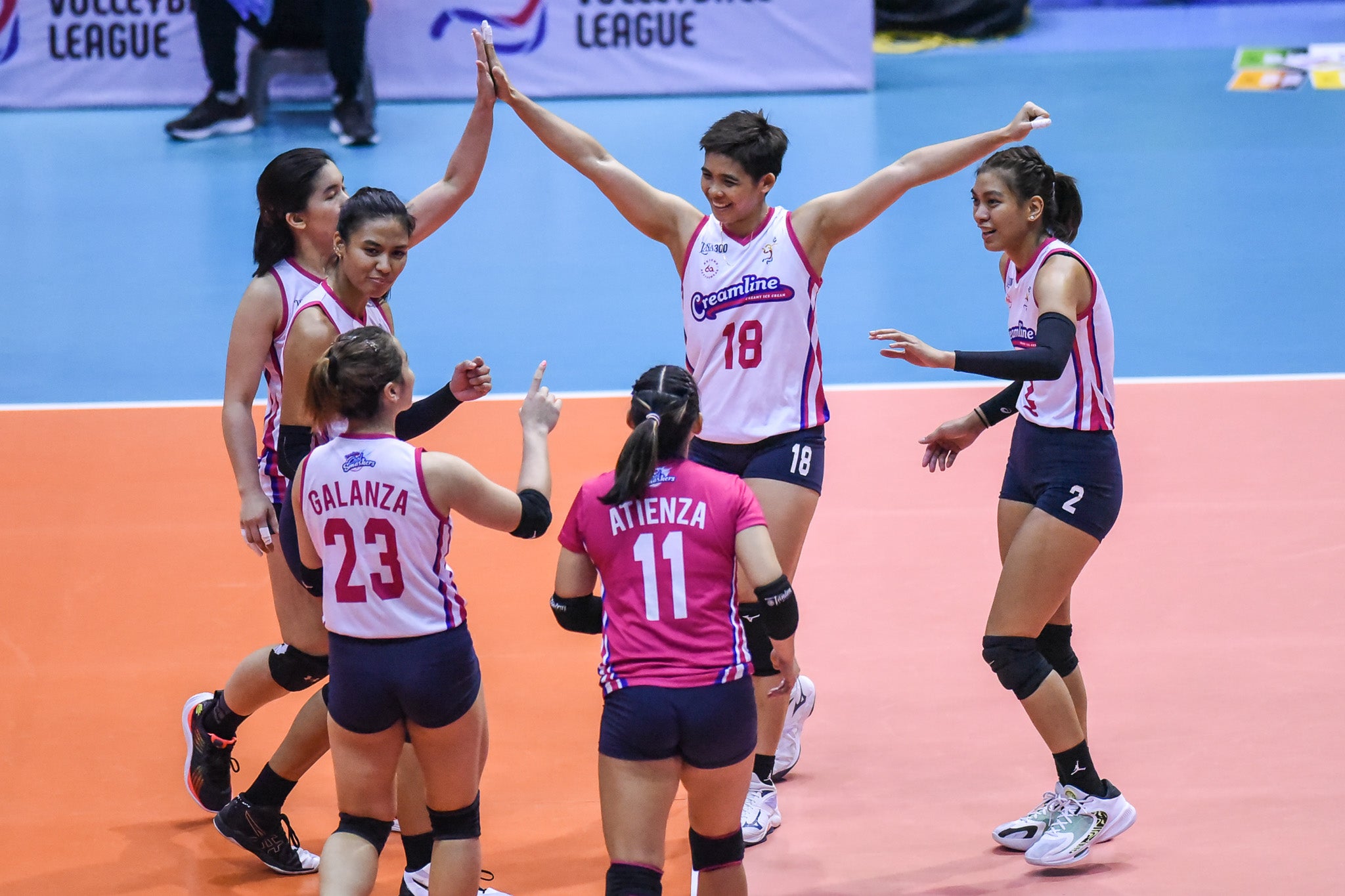 MANILA, Philippines—Tots Carlos won’t have any regrets about not winning a third straight Premier Volleyball League MVP due to her reduced playing time in the 2022 PVL Reinforced Conference.

The two-time PVL MVP, who was the Cool Smashers’ go-to scorer in the first two conferences, insisted she is not thinking about any individual accolades, understanding she has to embrace a new role with their Turkish import Yeliz Basa taking the starting opposite spiker spot.

“No. I don’t have any regrets because we really trust coach Sherwin’s system. It’s not an individual sport, it’s a team sport so we understand our role,” said Carlos in Filipino after hitting the crucial points in their 25-12, 25-18, 23-25, 25-23 victory over United Auctioneers Inc.-Army on Saturday at Smart Araneta Coliseum.

“We don’t really have to worry because we’re aware of our respective roles and our coaches explained it to us. We just have to be always ready when the team needs us,” she added.

Carlos, who wasn’t part of this conference’s top 50 scorers, said her back injury that sidelined her in their first game has nothing to do with her new role as she keeps her faith in coach Sherwin Meneses’ system.

“It wasn’t a major injury and it was for a very short time because I got cleared after our first game. It’s just that we have an import and we really trust coach Sherwin’s system,” she said. “We’re making sure in practice that we will come out always ready on our games. Everyone from our team is all out, whoever is fielded.”

The star opposite spiker proved she’s always ready as she delivered seven points coming off the bench and put on the finishing touches with Jema Galanza in the fourth set when she was fielded in for Basa.

“Of course, I’m very happy because I only have a limited time of playing so I wanted to make the most out of it,” Carlos said. “I really missed playing and looking forward to our upcoming games.”

“If ever our team needs help, we’re (bench players) always here because Creamline is all about teamwork,” she added.

Carlos promises to stay ready for the Cool Smashers when she gets a call from her coach as they will wrap up their elimination round against sister team, Choco Mucho on Thursday next week at Mall of Asia Arena before playing another round robin in the semis.

“It’s always an intense game whenever we play Choco Mucho with the crowd making noise and everyone supporting both teams. But we have to remember also that it’s still just another game so we just have to stick with the system and our one point at a time mindset,” she said.