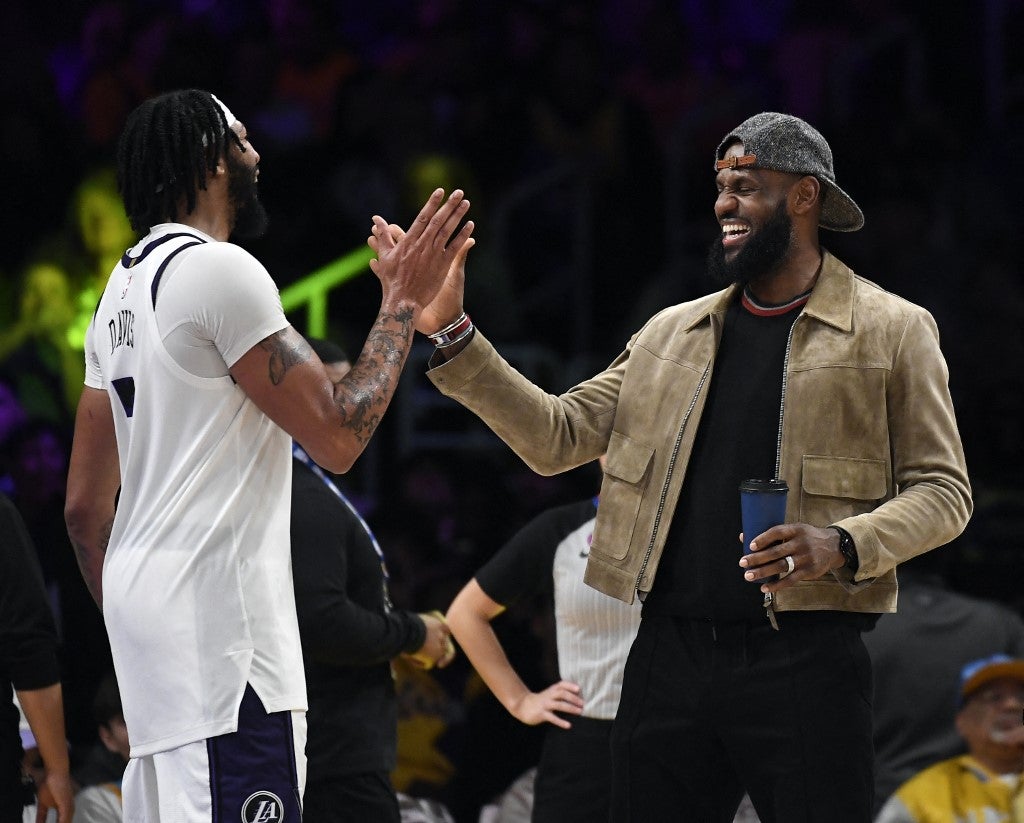 Anthony Davis had season highs with 37 points and 18 rebounds, Lonnie Walker IV added 25 points and the Los Angeles Lakers led wire-to-wire to earn a 116-103 victory over the visiting Brooklyn Nets on Sunday despite playing without LeBron James.

Russell Westbrook had 14 points and 12 assists off the Lakers’ bench, while Austin Reaves had 15 points, as Los Angeles ended a five-game losing streak and won for just the third time this season. James missed his second consecutive game with a groin injury.

Kevin Durant scored 31 points with nine rebounds and seven assists as the Nets lost one day after defeating the Los Angeles Clippers on the road. Brooklyn fell to 4-2 since Kyrie Irving was given a team-imposed suspension.

Cam Thomas had 15 points and Edmond Sumner had 13 points for the Nets in his sixth consecutive start in place of Irving. Brooklyn was without Seth Curry for injury management on his left ankle. Curry scored 22 points against the Clippers on Saturday. Russell Westbrook #0 of the Los Angeles Lakers blocks a layup by Kevin Durant #7 of the Brooklyn Nets during the first half of the game at Crypto.com Arena on November 13, 2022 in Los Angeles, California. Kevork Djansezian/Getty Images/AFP

After trailing by as many as 16 points in the second half, the Nets cut the deficit to 91-87 with 8:28 remaining on two free throws from Durant. But the Lakers went on a 13-0 run to take control again and push their advantage to 104-87. Walker had seven points in the run.

The Lakers and Nets are BATTLING in Q4 on NBA TV
📲 https://t.co/WjxYAo1gl0 pic.twitter.com/kEtpNzVPKI

The Lakers got off to a fast start, taking a 15-9 lead midway through the first quarter en route to a 26-22 lead at the end of the opening period. Los Angeles led by as many as 14 in the first half, taking a 55-46 advantage into the break behind 16 points from Davis.

The Nets used a 13-3 run at the end of the third quarter and cut their deficit to 80-77 heading into the final period.