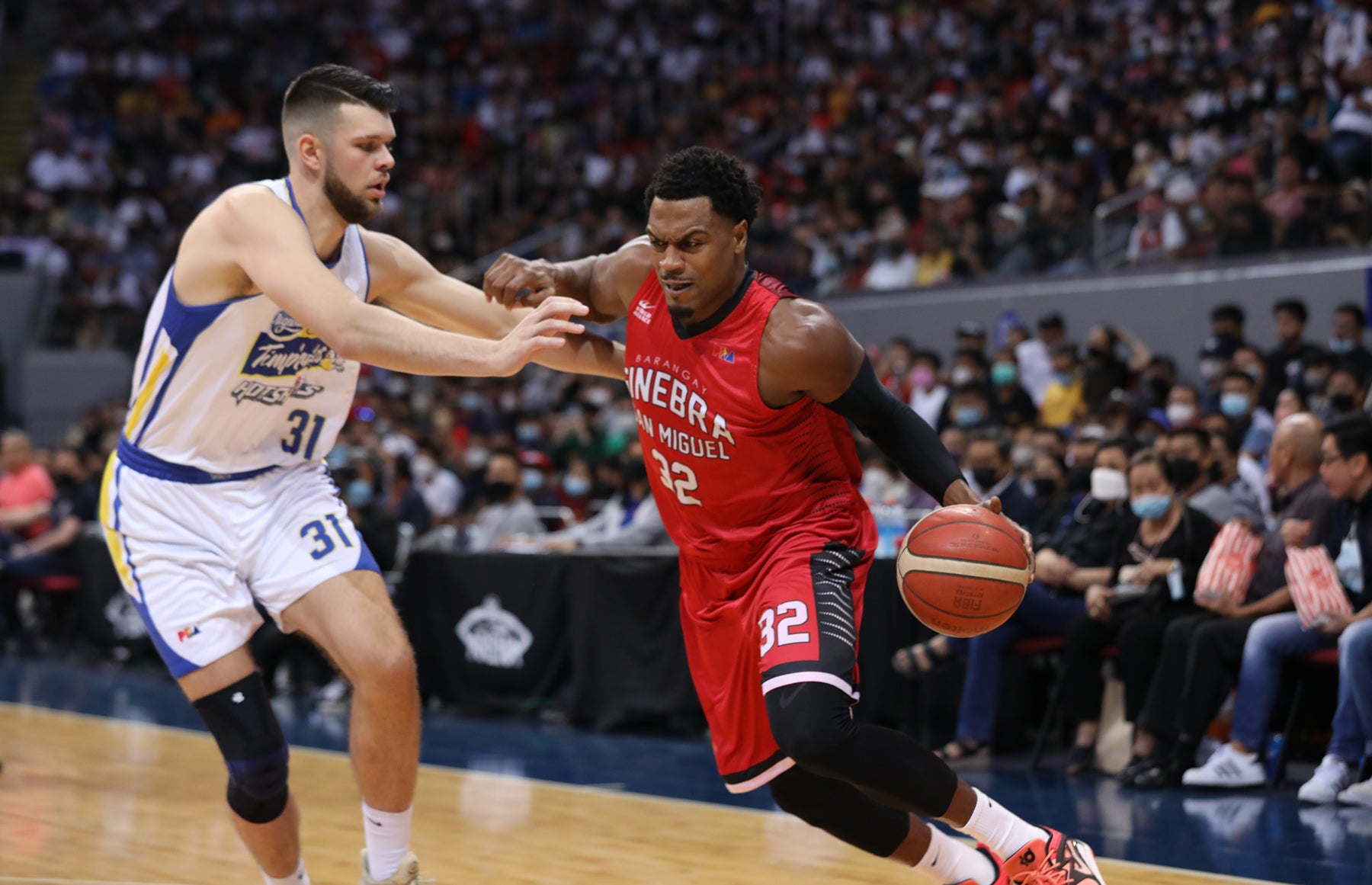 Justin Brownlee always gives it his all during national team practices. —PBA IMAGES

All the highlight clips being spread around that showcase the depth of Justin Brownlee’s skill set—his ability to finish at the rim, his touch from the perimeter, his knack for creating plays and setting up teammates—do not show the things that national coach Chot Reyes is most impressed about.

“He has never missed practice, and he gives it his all every time,” Reyes told the Inquirer Tuesday evening on the eve of Brownlee’s appearance before a House panel to light the wick of his naturalization process.

“And the good thing about JB is that he is willing to be the backup. He told me he will be ready if JC (Jordan Clarkson) becomes unavailable—that’s a big thing,” Reyes added.

“He has no assumptions that he will be the top guy.”

“He’s such a team person,” said Uichico. “He puts the needs of the team, and of the program, ahead of his own.”

Brownlee is no stranger to basketball love. As a two-time best import who has helped fan-favorite Barangay Ginebra to multiple championships, the all-around wingman has played in front of adoring crowds.

Now, Brownlee in front of a mammoth, united crowd wearing the national colors won’t be that much of a stretch anymore.

The Samahang Basketbol ng Pilipinas (SBP) continued to pick up steam in its bid to naturalize the Barangay Ginebra import, with Brownlee scheduled to appear before a House panel on Wednesday to officially kick off the process to grant him Filipino citizenship.

“Justin is scheduled to appear in the hearing donning a new ‘Barong’ Tagalog. I’m not sure how many lines of Lupang Hinirang he can now sing, but I asked him to skip sleep and just keep on practicing,” SBP executive director Sonny Barrios revealed during the Philippine Sportswriters Association forum earlier on Tuesday.

“That’s the initial [step]. He needs to meet the Committee personally. Once approved, the bid goes up to the Senate. It will be a process,” Barrios went on.

Brownlee’s bid is set to go through three readings in the House. After that, the bill moves up to the Senate where it undergoes the same legislative process before finally being transmitted to the Office of the President for signing into law.

A few more ceremonies and paperwork after the arduous process will finally allow Brownlee, a diligent attendee of Gilas’ weekly training sessions at Meralco Gym, to officially backstop Gilas Pilipinas in international events.

Barring any hitches, Brownlee could make his national team debut in the sixth window of the Fiba (International Basketball Federation) World Cup Asian qualifiers in February next year, where the Filipinos are going to play Lebanon and Jordan.

Brownlee will have the audience of a lifetime if that stint materializes as the SBP is working to have both games played at the cavernous Philippine Arena in Bulacan province, according to Barrios.

“If you look back, the February window was held in Araneta [Coliseum in Quezon City], the Aug. 29 of the fourth window was at Mall of Asia Arena [in Pasay City] and now this sixth window at Philippine Arena because those are the three sites for the World Cup,” Barrios said.

The massive site, which seats 55,000 people, is the venue for the final phase of World Cup. INQ