In a year of record slumps, Terrafirma stays clear of league mark as win over NLEX breaks 25-game slide 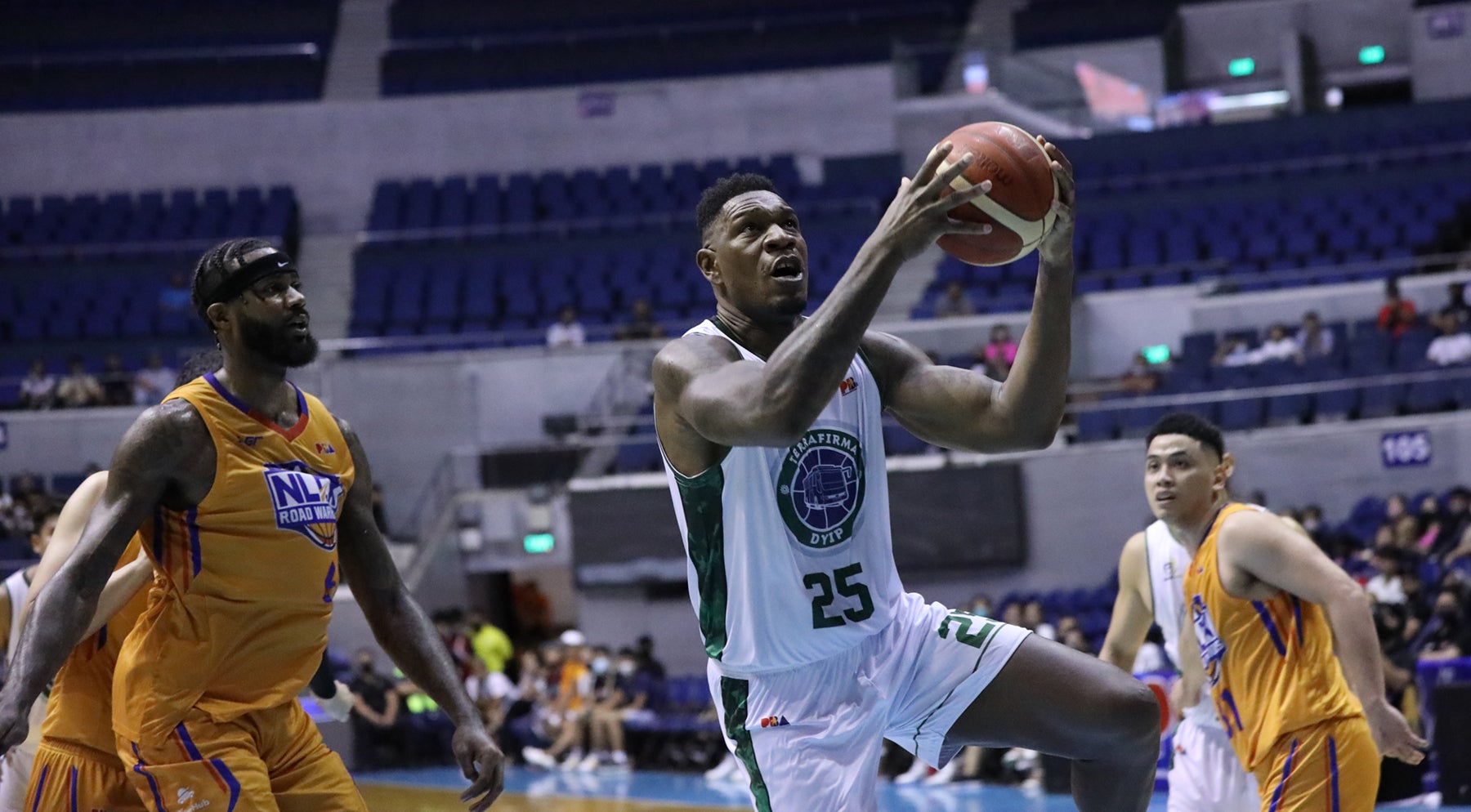 Alex Cabagnot had to make sure that Terrafirma’s dry spell was truly over on Friday.

“How many was ours? 25?” he asked a pair of reporters shortly after the Dyip’s 124-114 overtime win over NLEX in the PBA Commissioner’s Cup at Smart Araneta Coliseum in Cubao.

“How about Blackwater? 29?” he asked. When the veteran guard got a confirming nod, he added: “Then thank you, Lord!”

It’s probably a reflection of how badly the past few months have gone for the beat-up Dyip that they were left to celebrate staying second in the unenviable list of most consecutive losses. As Cabagnot learned Friday night, Terrafirma will be four games better than record-holder Blackwater.

But the relief within the team was palpable. Coach Johnedel Cardel and import Lester Prosper couldn’t help but celebrate while making their way to the post-game presser even as the Dyip remained parked at the bottom of the standings with a 1-9 (win-loss) card.

“Finally, the curse is broken,” the soft-spoken Cardel said.

“This is all foreign to me,” added Prosper of the slump. The naturalized Indonesian shouldered a lot of the heavy lifting for Terrafirma, finishing with a PBA career-best 50 points that went with 19 rebounds and five assists. Prosper also had seven of Terrafirma’s total points in the extra period, where the Dyip outscored the Road Warriors, 14-4.

Juami Tiongson chipped in 18 points, eight rebounds and nine assists while Eric Camson had 15 and for Terrafirma.

It was a night of milestones, with Barangay Ginebra logging a few worth smiling about in the second game.

Tim Cone notched his 1000th career victory after the Gin Kings thumped the Bossing, 98-84 and the two-time Grand Slam coach is eager to add to that one the soonest.

“We’re hoping for 1,001 against TNT on Sunday. We’ll enjoy this for a few moments and then move on,” Cone said.

Justin Brownlee reached the 300-steal level after registering four Friday night, to go with his 17 points and seven rebounds.

Reigning Most Valuable Player Scottie Thompson, fresh from a successful stint with the national team, had 18 points, eight rebounds and six assists for Ginebra, which raised its record to 6-2.

Prosper rued that Terrafirma’s win came too late, but was still pleased with how the team is coming together.

“I’m happy we’re finally able to end (the slide),” Prosper told the Inquirer. “We just had to get out of the funk. I’m happy we came together, had our chemistry and fought for this win.”

Terrafirma will now try to assemble a winning streak when it plays powerhouse San Miguel Beer and then Phoenix for its final assignments in the midseason showcase.

“Well, we just have to play this way—playing together. And of course me. I just have to be aggressive,” he said.

NLEX got the goods from reinforcement Earl Clark, who had 45 points. Don Trollano had 26, Brandon Ganuelas-Rosser 22, while Kris Rosales 12 in the losing stand. Interestingly, the loss now left the Road Warriors (3-7) with the longest active losing streak in the league right now.

NLEX has lost its last five games, a tad considering what the team’s tormentors had just gone through. But that skid undermined what was a strong start by the Road Warriors and left new coach Frankie Lim in a must-win heading into the team’s final two assignments.

The Road Warriors battle Barangay Ginebra next before wrapping up their campaign against Meralco.