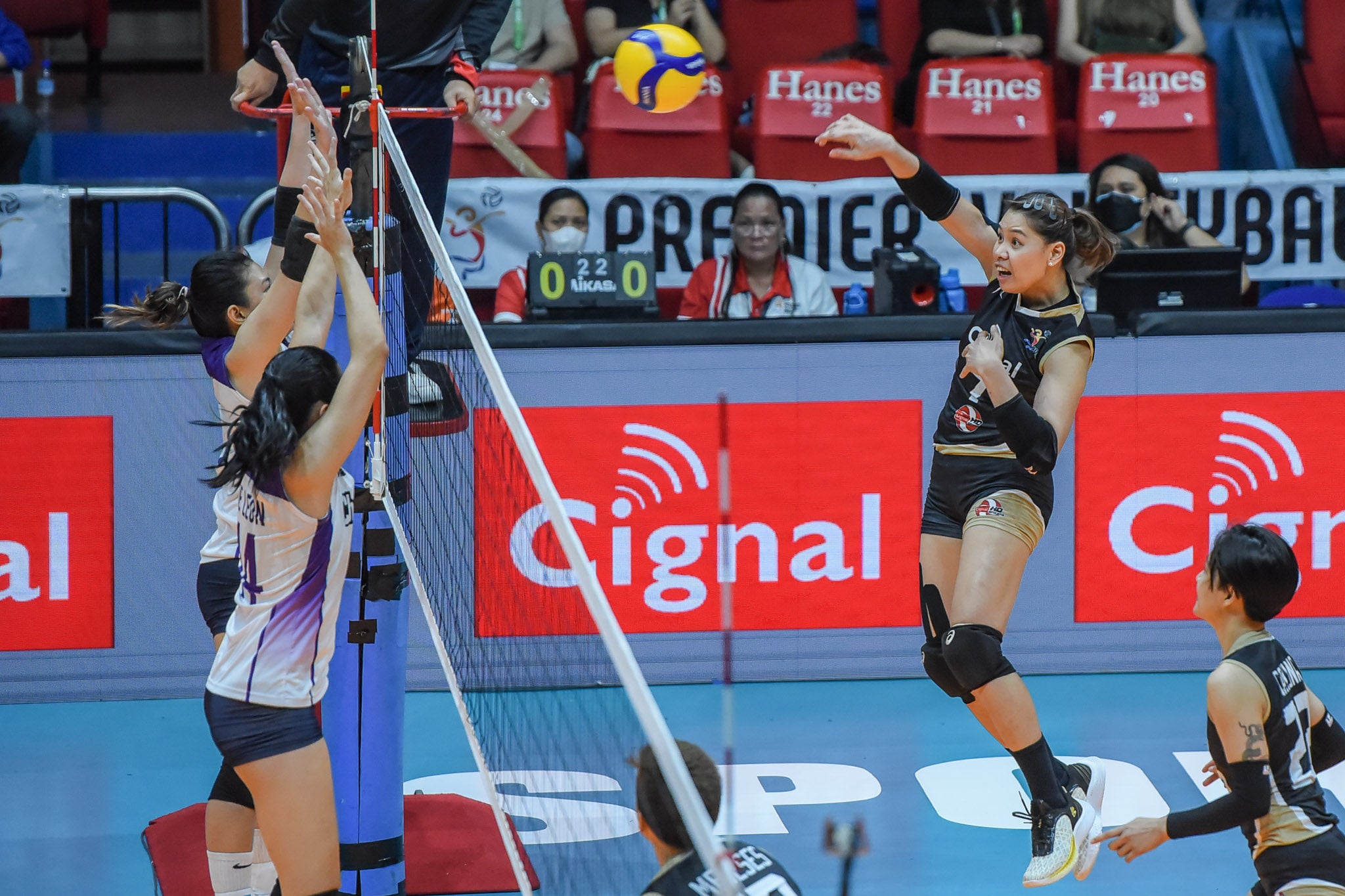 Creamline, which finished as the top seed with a 7-1 record, and Chery Tiggo (6-2) and Petro Gazz (5-2) booked the first three berths in the semis round robin, where all their records will be reset.

The HD Spikers hold the No.4 seed with a 4-3 record and 11 points, needing another victory or at least force a fifth set against the Flying Titans to reach the semis for the third straight conference.

Choco Mucho, which has a 3-4 record and nine points, needs to win in three or four sets to gain three points to force a tie with Cignal at 4-4 and gain the tiebreaker via the points system.

A five-set win won’t be enough for the Flying Titans to beat the HD Spikers in points.

“It was a big win for us against F2, especially since they are a strong and experienced team and we know what they are capable of. Good thing we were able to stop them. I’m glad that my team showed better performance,” said Cignal coach Shaq Delos Santos in Filipino. “Hopefully, for sure, we will bring this momentum into our game on Tuesday.”

F2 Logistics, which also holds a 3-4 card with eight markers, is already out of the semis picture. Even if it forces a triple tie at 4-4 with a victory over Petro Gazz, its points won’t be enough to reach the next round.

The Cargo Movers face the Angels at 5:30 p.m., which will be the former and Lindsay Stalzer’s final PVL game of the 2022 season.