PVL: 'A win is a win' as F2 Logistics wraps up campaign on strong note | Inquirer Sports

PVL: ‘A win is a win’ as F2 Logistics wraps up campaign on strong note 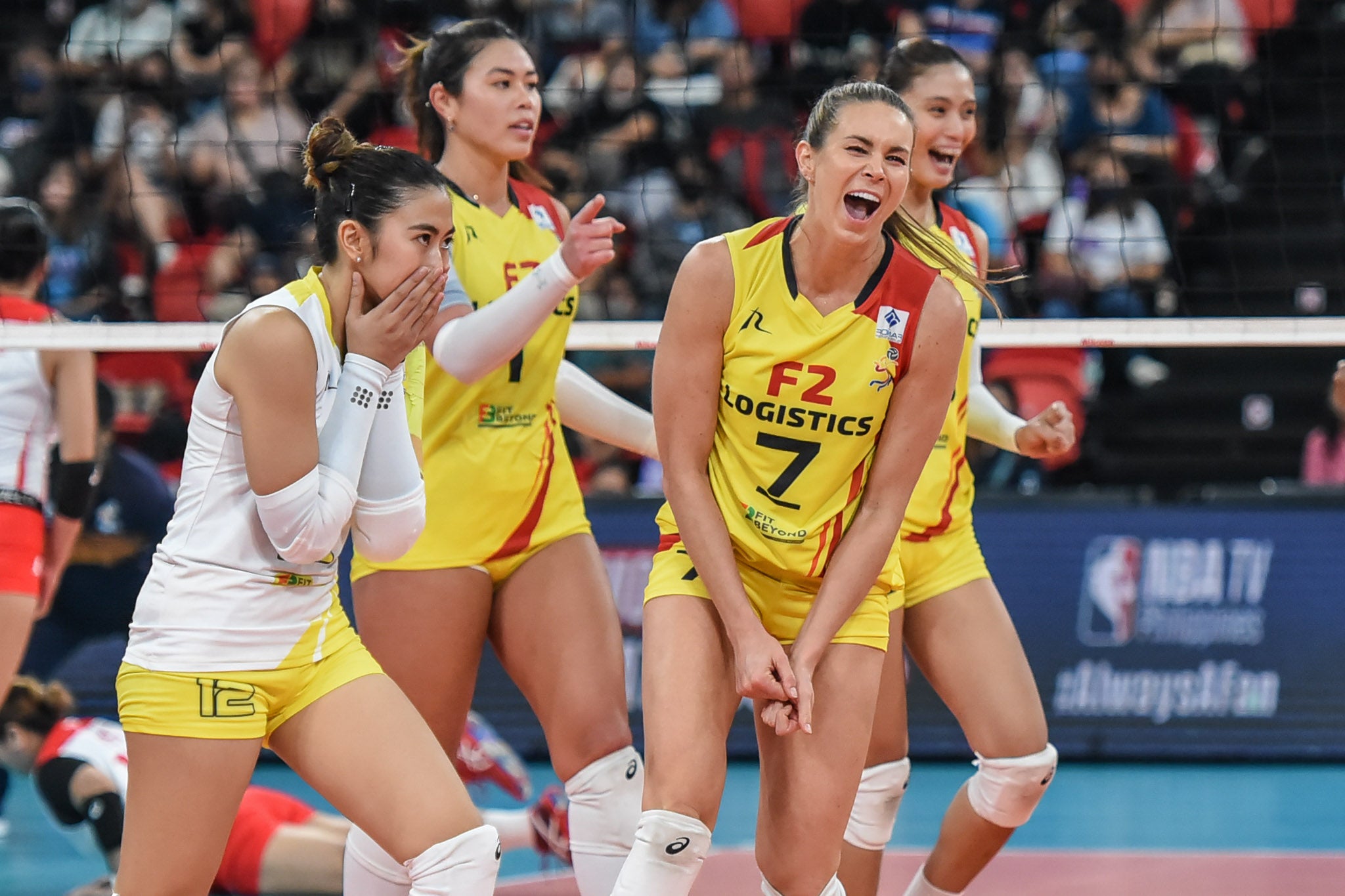 MANILA, Philippines — Despite no longer contending for the semifinals, Lindsay Stalzer and Kalei Mau gave F2 Logistics a morale-boosting 25-16, 25-22, 27-25 victory over the semis-bound Petro Gazz to end its Premier Volleyball League Reinforced Conference campaign in high spirits on Tuesday at Philsports Arena.

American import Stalzer, who consistently led the Cargo Movers all throughout the tournament, made sure to end their two-game skid and finish fifth place, unleashing 22 points off 19 attacks, two blocks, and an ace on top of seven digs and six receptions.

Mau drilled 19 spikes to finish with 20 points, including the clutch hits that completed F2 Logistics’ comeback in the third set from a 17-12 deficit.

The Filipino-American spiker scored six of the last eight points in the third to end their season with a 4-4 record.

Although they failed to reach the semis after losing the two important games following a big win over Creamline, F2 Logistics coach Benson Bocboc hopes his wards will build from this heading to the next season.

“We’re already out but a win is a win. We will bring these learnings for the next conference,” said Bocboc in Filipino. “That’s how champions play. We were sidetracked in our past two games. We’ll learn from that Next time we’ll not make the same mistake.”

Petro Gazz finished third in the elimination with a 5-3 record after losing a no-bearing game, where Lindsey Vander Weide and MJ Phillips led the way with 11 points each.

The Angels will open their semifinals round robin against the Cool Smashers on Thursday at 2:30 p.m., while Chery Tiggo and Cignal clash at 5:30 p.m.