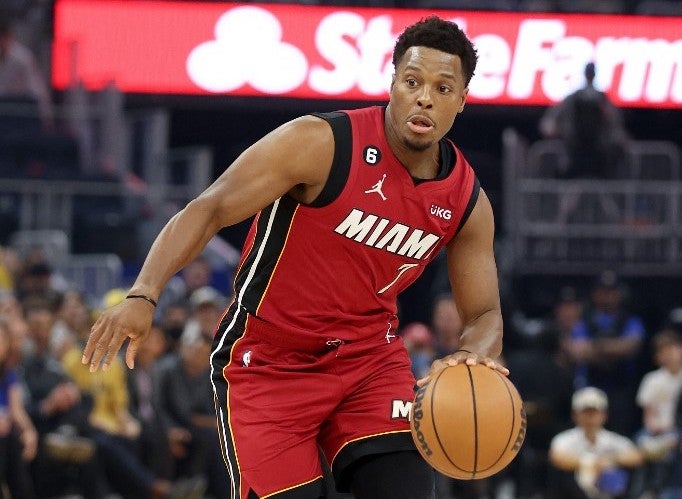 Kyle Lowry scored 28 points and Caleb Martin collected a season-high 24 along with nine rebounds to propel the short-handed Miami Heat to a 113-105 victory over the visiting Washington Wizards on Wednesday.

Lowry made 7 of 12 shots from the floor and joined Tyler Herro by sinking five 3-pointers to help the Heat snap a four-game losing skid.

Kyle got out to a scorching start 🔥 pic.twitter.com/o22cPeeqZg

Herro finished with 17 points and Bam Adebayo recorded 15 points and 11 rebounds for the Heat.

Kyle Kuzma had 33 points and Kristaps Porzingis collected 21 points and nine rebounds for the Wizards, who fell for just the second time in eight games.

Kuzma’s driving layup gave Washington a 98-97 lead with 7:17 remaining in the fourth quarter before Herro drained a pair of 3-pointers during Miami’s 10-3 run. The Wizards trimmed the deficit to four points at 109-105 before Martin’s tip-in gave Miami a lead it would not relinquish.

Herro sank a 3-pointer to give Miami a 66-45 lead early in the third before Washington began to chip away. Porzingis made a pair of 3-pointers and Corey Kispert and Will Barton also converted from beyond the arc to help the Wizards whittle the deficit down to three at the end of the quarter.

Barton drained a 3-pointer to give Washington a 93-92 lead with 8:18 remaining in the fourth quarter and Kuzma converted from beyond the arc and made a layup on consecutive possessions.

Lowry drained all three of his 3-point attempts and totaled 14 points to lift Miami to a 28-26 lead at the end of the first quarter. Kuzma paced the Wizards with 10 points.