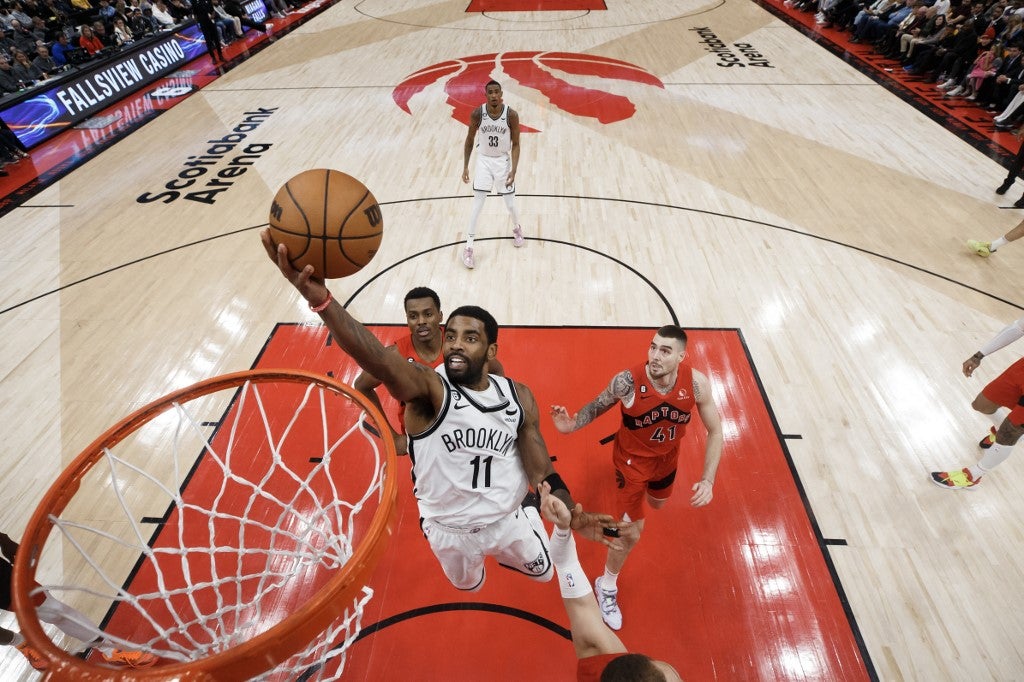 Kyrie Irving #11 of the Brooklyn Nets drives to the net during the second half of their NBA game against the Toronto Raptors at Scotiabank Arena on November 23, 2022 in Toronto, Canada. Cole Burston/Getty Images/AFP

Kyrie Irving scored 19 of his 29 points in the third quarter and the visiting Brooklyn Nets defeated the injury-depleted Toronto Raptors 112-98 Wednesday night.

Royce O’Neale added 15 points and seven assists for the Nets, who were coming off a road loss to the Philadelphia 76ers on Tuesday after winning two in a row.

Gary Trent Jr. scored 19 points for the Raptors, who have lost two in a row. O.G. Anunoby added 15 points, Chris Boucher had 12 points and 16 rebounds but shot just 2-for-15 from the field. Thaddeus Young had 12 points, eight rebounds and five assists, Juancho Hernangomez had 10 points and 10 rebounds and Jeff Dowtin Jr. chipped in with 10 points.

Brooklyn took a 15-point lead into the fourth quarter after outscoring Toronto 39-25 in the third quarter.

O’Neale’s 3-pointer bumped Brooklyn’s lead to 19 points with 9:33 to play in the fourth quarter. Irving hit a 3-pointer with 4:42 to play to increase the margin to 20 points.

Brooklyn led 38-26 after one quarter after being ahead by as many as 15 points.

Trent had 14 first-half points and Anunoby had 13. Durant and O’Neale each had nine points for Brooklyn.

Brooklyn used a 10-0 run finished by Simmons’s dunk to lead by 13 points with 8:16 left in the third quarter. The lead reached 17 on Claxton’s dunk with 5:24 left. Brooklyn led 91-76 after Young completed the third-quarter scoring with a layup.