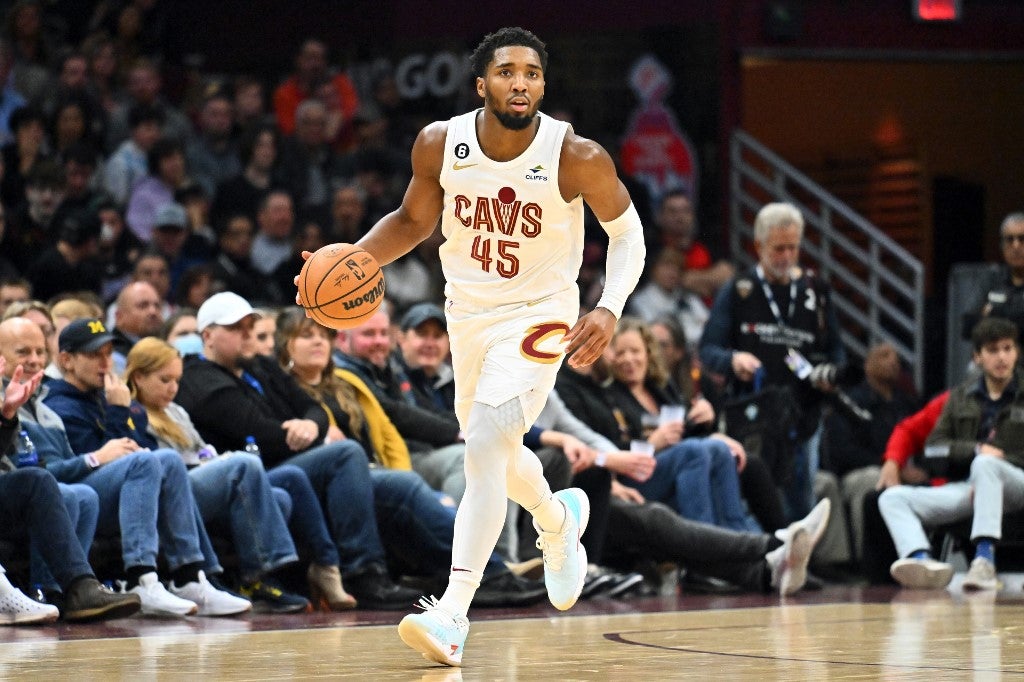 FILE – Donovan Mitchell #45 of the Cleveland Cavaliers brings the ball up court during the third quarter against the Portland Trail Blazers at Rocket Mortgage Fieldhouse on November 23, 2022 in Cleveland, Ohio. The Cavaliers defeated the Trail Blazers 114-96. Jason Miller/Getty Images/AFP

Donovan Mitchell scored a game-high 34 points while Jarrett Allen had 24 points and 13 rebounds to lead the Cleveland Cavaliers past the visiting Portland Trail Blazers, 114-96, on Wednesday night.

For Mitchell, it was his 10th game of at least 30 points this season. Cleveland point guard Darius Garland scored 24 points and directed the offense with 12 assists to lead the Cavaliers to a four-game sweep of their homestand.

Jusef Nurkic had 22 points while Jerami Grant added 21 for the Trail Blazers, who dropped their second straight on a four-game road trip and fourth straight overall.

Anfernee Simons added 20 points for Portland, which played their second straight game without star guard Damian Lillard, who is out with a strained soleus muscle in his lower right leg.

The Cavaliers sprinted out to a 16-point lead early in the second quarter thanks to red-hot shooting from the field.

Grant picked up the slack with Lillard out, scoring 15 points in the second on 4-of-6 shooting from the field for Portland.

Trailing 21-19, Cleveland scored the final nine points of the first quarter to take a 28-21 lead. Garland hit a pair of 3-pointers to open the second quarter to push the lead to 34-21.

Defense carried the Cavaliers in the fourth quarter as they held Portland scoreless on six straight possessions, allowing Cleveland to expand the lead to 20, 97-77, with 7:27 remaining.

The Blazers managed to cut the lead down to nine, 100-91, on Simons’ 31-foot 3 with 4:35 remaining. But Cleveland responded with the next six points, including a Mitchell dunk with 3:11 left.