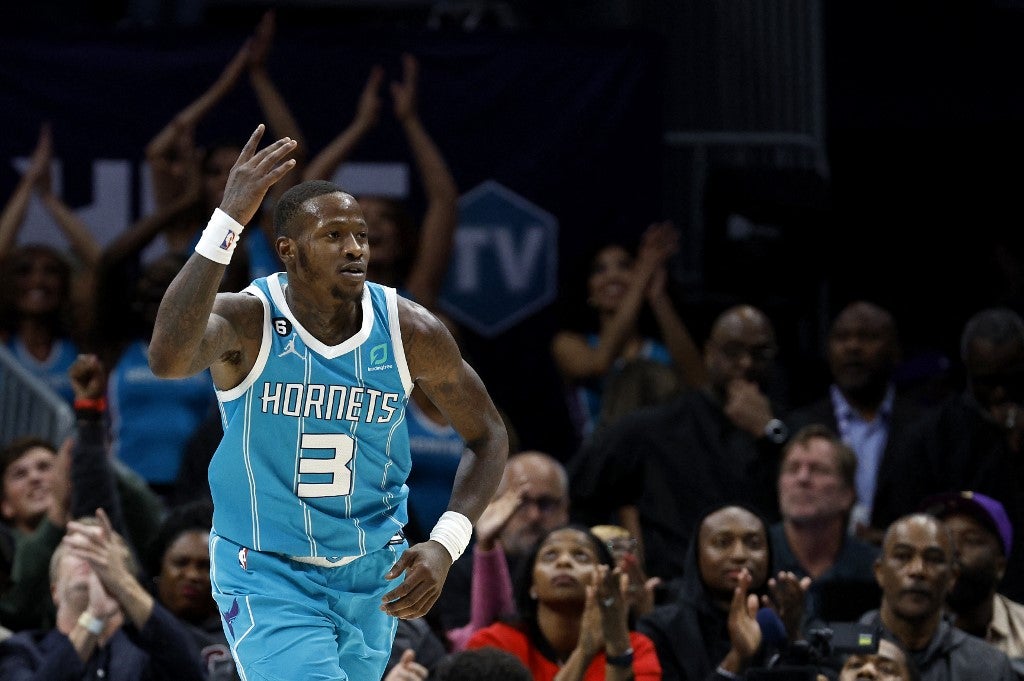 Terry Rozier #3 of the Charlotte Hornets reacts following a basket during the second half of the game against the Philadelphia 76ers at Spectrum Center on November 23, 2022 in Charlotte, North Carolina. Jared C. Tilton/Getty Images/AFP

Terry Rozier scored 22 points as the Charlotte Hornets won for just the second time in their last 13 games, beating the visiting Philadelphia 76ers 107-101 on Wednesday night.

PJ Washington’s 19 points and Kelly Oubre Jr.’s 14 points were also huge for the Hornets, who made just six of 23 attempts from 3-point range.

Nick Richards added 13 points, and Jalen McDaniels and Mason Plumlee both had 11 points.

Shake Milton scored 22 points, De’Anthony Melton posted 20 points, Tobias Harris had 19 points and Montrezl Harrell supplied 16 points for the 76ers, who were trying to win for the second night in a row after defeating visiting Brooklyn on Tuesday night.

The Hornets played again without injured point guard LaMelo Ball. The 76ers, who shot just 9-for-38 on 3s, were minus injured Joel Embiid and James Harden.

The Hornets flipped a 67-60 deficit into a 79-75 lead across the final seven minutes of the third quarter.

The 76ers made just 5 of 25 shots from 3-point range through three quarters, but they connected on two of their first three from long range in the fourth quarter.

After Charlotte held a one-point lead, Theo Maledon scored consecutive baskets for the Hornets. Rozier’s jumper at the 4:46 mark made it 93-84.

Yet a Harris 3-point basket with 24.5 seconds to play cut the gap to 104-100. Washington’s dunk helped seal the outcome.

Philadelphia was up by a dozen points in the first quarter and led by 13 in the second before the Hornets stormed back. Charlotte’s last three field goals of the half were 3-pointers from McDaniels, Washington and Rozier.